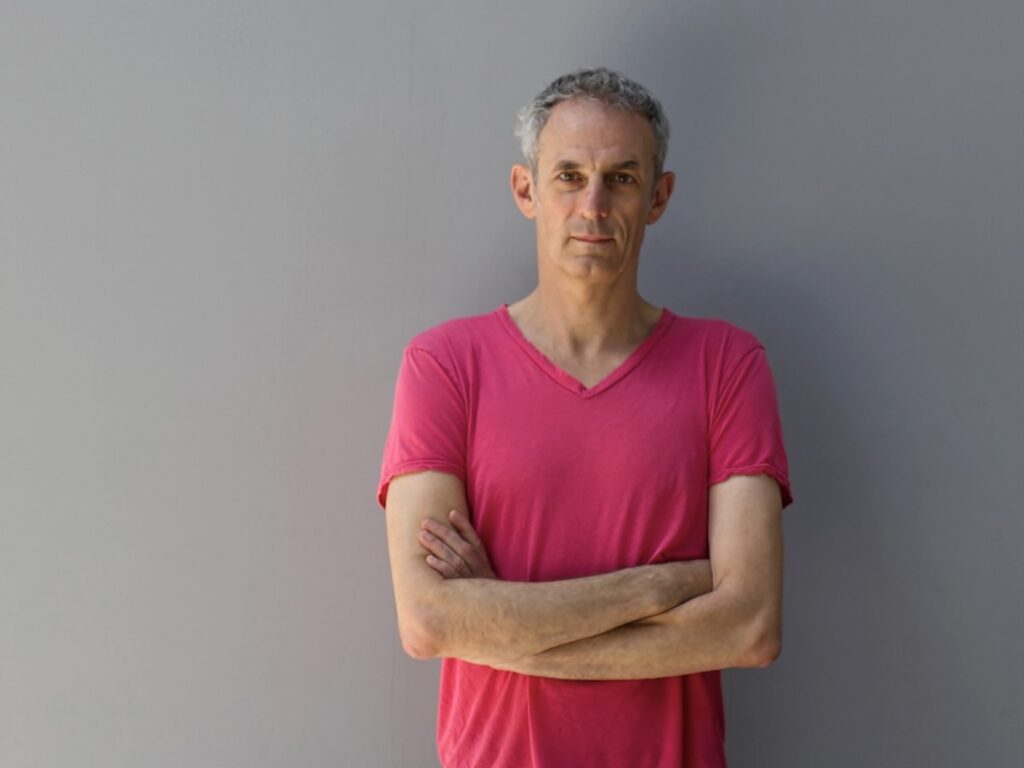 Xavier Le Roy is a French choreographer with a Ph.D. in molecular and cellular biology. [Credit: Xavier Le Roy]

Roy, a dancer with a Ph.D. in molecular and cellular biology, spoke with the Click about the connection between dance and biology and the unique performance he staged in Taipei.

The Click: From molecular biology to choreography, how did this happen?

Xavier Le Roy: I used to take two dance classes a week while working on my Ph.D. thesis in molecular and cellular biology … After I stopped being a biologist, I have been working as an artist since 1991 and a professor at the Institute for Applied Theatre Studies in Giessen, Germany since 2018. In the meantime, I have also performed with many dance troupes and choreographers around the world.

How did you incorporate molecular biology into choreography?

Choreography is like anatomy. The artist uses every part of the body to be re-separated, compressed, and finally reconfigured into a new image, asking, “What can the human body do?” The idea of connecting with the audience through my exchange of movements is similar to the concept of cells functioning in human’s biological systems. I like to say I am an atypical dancer or a dancing molecular biologist, using the format of scientific seminars to construct an identity from science to art.

It’s a dialogue about all this moment in life where you make some choices and how these choices are made by the environment that you are in … Starting with greetings, seven Taiwanese performers interacted with visitors in public spaces of Taipei Performing Arts Center on weekends. They would ask about each other’s connection and memory with Taipei, and then perform specific movements and pose as “still life” along with their answers, as if everyone was also participating in the creation.

How did TPAC fit as a performance venue for “Still (Life) in Taipei?”

TPAC has been under construction here for so long, and everyone was curious about what it is inside. When people walked in and took a look inside the building, they would run into our seven performers who dressed like normal people and interacted randomly with the crowd in public areas. TPAC fit this pleasant surprise because the building was open to people even when there were no performances in theaters.

What did you expect people to take away from “Still (life) in Taipei?”

I hope people would come to the ground of “what makes a performance” in this specific space. “Still (Life) in Taipei” broke the framework of traditional performance, including time, place, and interaction, and presented each performer’s “still” with Taipei in their memory. We could subjectively choose our filters to see the world, and those important moments are our collections of “still” that we would always remember or sometimes want to share with others.