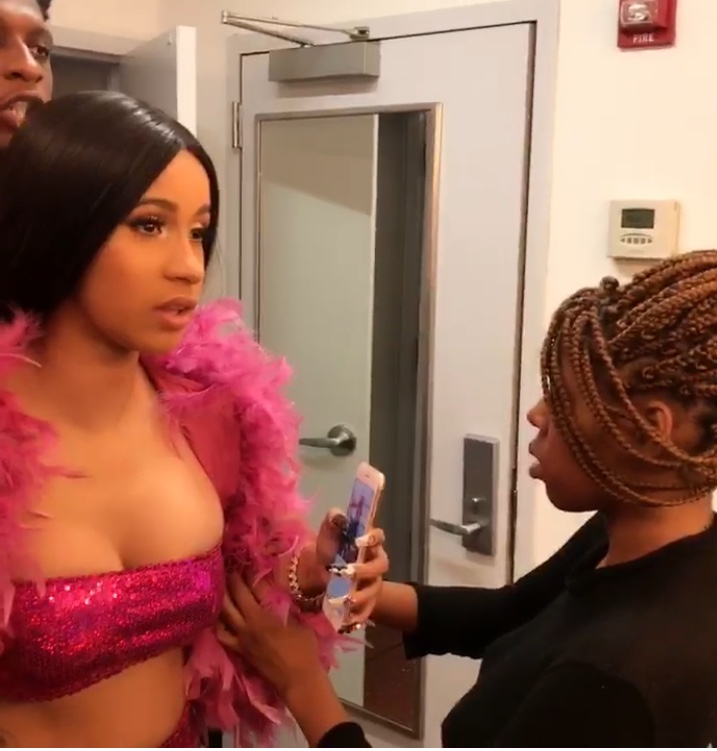 (LOS ANGELES, Calif.) –  “I don’t know what to do,” a young Cierra Zacchaeus-Bachore told her boss the day she arrived to style a room full of TV actors.

At the age of 19, Zacchaeus-Bachore was asked to co-style Omari Hardwick and Rotimi for the Starz series “Power.” What she thought was a mere assisting gig turned into a swim or sink moment and the start of her wardrobe styling career.

Zacchaeus-Bachore, 25, is a wardrobe stylist located in Los Angeles by way of The Bronx NYC.

“She’s achieved quite a lot of success in a very small amount of time,” says her mentor, Anthony Manfredonia.

However, this success did not come easily.

“When I first started, I was alone in NYC, I was paying rent by myself, I was going to college and I had three internships. I was kind of navigating myself and my own way. Plus, I haven’t had many nurturing bosses – besides Danny, my first boss – who know what a team should really be. It was like you’re assisting but still competing, and I don’t get that,” says Zacchaeus-Bachore.

Danny Williams, a New York based stylist,  was more than Zacchaeus-Bachore’s first boss, he’s the first person who saw her as a stylist; even before she did.

As a public relations intern at an NYC fashion showroom, Zacchaeus-Bachore found herself inviting friends to the showroom to dress them as they modeled for her pictures.

“In my head, I’m still not connecting the dots of what I’m doing, I was just bored and needed something to do. Stylists would even come in and check out clothes for their clients…I still didn’t put two and two together,” Zacchaeus-Bachore says as she laughs at her younger self.

One day Williams came to the showroom and asked her if she was a stylist. After explaining she was not but bored at her internship, Williams invited Zacchaeus-Bachore to a shoot with him the following day. Upon arrival, she notices the entire cast of the Starz  series “Power.”

“When Danny told me to style them I told him ‘No, I don’t know what to do,’” says Zacchaeus-Bachore.

With a cast of people waiting for her to dress them, she quickly figured it out.

She nervously picked out clothes from the rack and hoped for the best.

After co-styling the actors  Hardwick and Rotimi, Zacchaeus-Bachore blurted out, “This is my first shoot!”

While everyone was shocked at Williams trusting the 19-year-old with such a major project, her styles were a success.

Over time, Zacchaeus-Bachore became so passionate about her work that she began styling superstars like Cardi B.

“She was a little rough around the edges,”  her mentor Manfredonia said of her early days as a stylist.

“I don’t think anyone expected me to end up here,” she said.

At the age of 13, Zacchaeus-Bachore was placed into a foster care system.

“I bounced around a lot in my childhood,”  the usually upbeat stylist said in a sorrowful tone. “ I was awkward so I was bullied … until my aunt told me to stand up for myself, ” she said.

It’s a lesson she carries with her as she builds her career, one outfit at a time,  beaming with a witty Bronx-like confidence.

The trick,  Zacchaeus-Bachore says is creating a mental bubble around herself to stay focused and turn down the noise in her life. She respects what she does and she loves her job; but at the end of the day, she says, it’s just clothes.