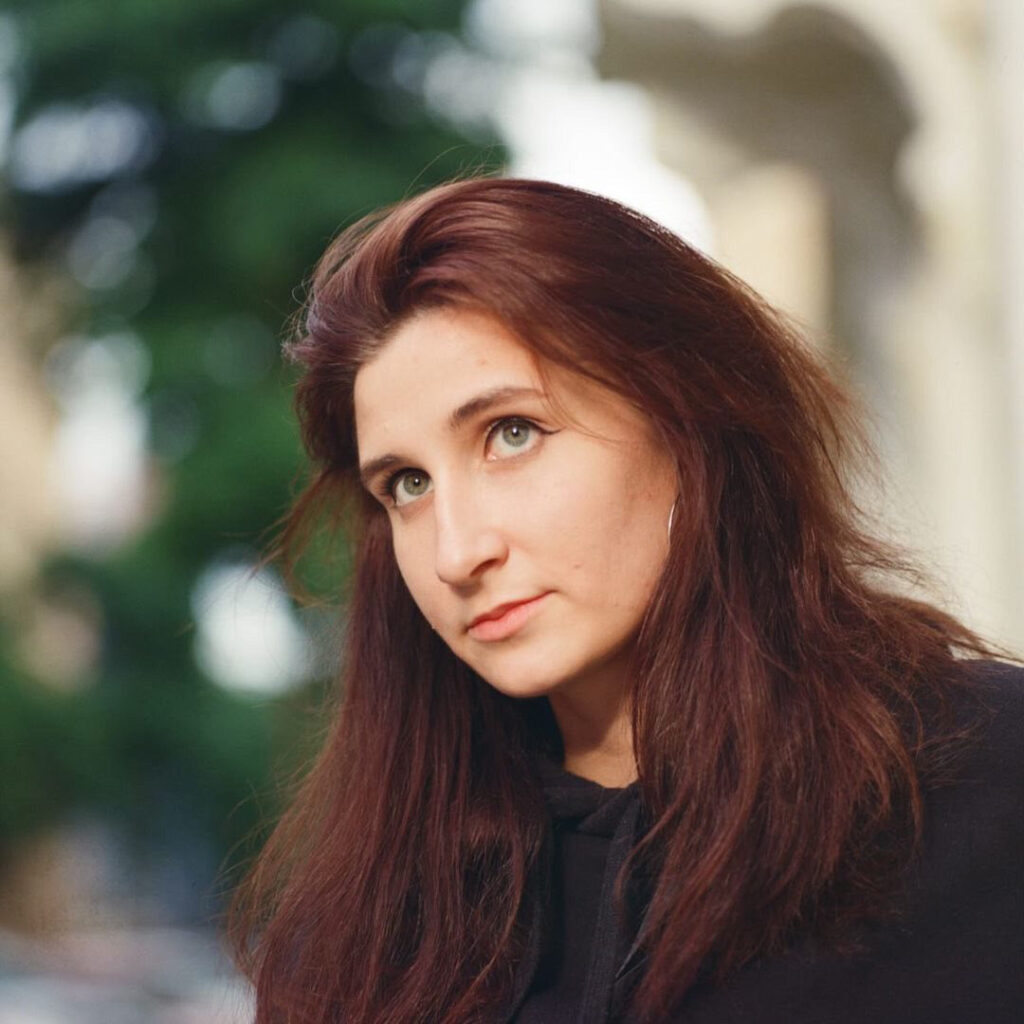 A Mysterious Street Poet Reveals Herself in Prague

(PRAGUE, Czechia) – In metro stations, bus stops and street poles, Prague residents have come across installations of mysterious poems with a QR code. The artist behind them is Nina Sibinska, 21, an aspiring student of the capital’s prominent Academy of Fine Arts. After hiding her face from the public for two years, Nina has revealed herself to The Click. Together with her team, she fights the idea that art belongs only in closed galleries.

“With these poems, I want to pull people out of their everyday life and the feeling of an alienated city,” said Sibinska when we sat down to talk about her visions. “We started to install them around Prague with the intention of bringing everyone closer together.”

Sibinska began collecting strangers’ answers to simple questions about their lives in the spring of 2021. Then she posted them in both the busiest and hidden parts of Prague, where people stumble upon poems made out of their foreign residents’ joys and struggles. They explore multiple aspects of life, from music, love, pain, life obstacles and more. 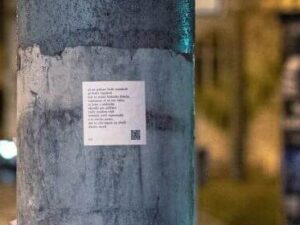 “Anybody has a chance to share their own,” Sibinska added. “There is alway a QR code which contains an URL address which directs people to our questions. I guess you could say that we created a socially-psychological experiment.” The questions, she explained, vary from more general to very specific such as. “What is your most painful memory?” or “What do you do to get rid of anger?”

Sibinska’s project has already gathered more than  33,000 answers to these questions. “And the number is growing every day. People want to talk about how they feel. Especially in a big city, where they often feel lonely,” the artist said.

Sibinska and her team of artists also published four books collecting the poems. “We divided them into four seasons, as our feelings often change with the weather,” Sibinska explained. “And it turned out to be a great idea. The book we published in July of this year is very optimistic and significantly lighter than the other ones.”

Sibinska said the initial idea came to her during the coronavirus pandemic when everybody spent most of their time at home. “I just wanted people to see that their emotions are valid, that it is okay for them to feel uninspired, sad and that often, we all feel this way, regardless of the pandemic. It turned out to be just what everybody needed,” she said smiling.

Originally, the face behind the installations was meant to stay anonymous. However, when contacted by the reporter of tThe Click, Sibinska said she will gladly reveal her name, at least to the American public. “If it was to come out here, in the Czech Republic, I would probably not have agreed to it. But in the States, people do not know me, and it seems like a great idea to share what we have worked on for so long,” she explained adding that it is only her second interview. 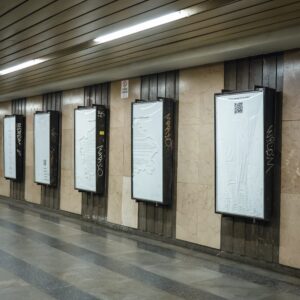 The project is constantly evolving. From stickers around town, and four published books, to public expositions, Sibinska is a busy poet. “It was supposed to be just a small experiment, but now it has become my soon to be full time job. I am still a student, so sometimes it is a struggle to balance it out. But it has really helped me find my purpose,” she said..

Alongside the Prague project, Sibinska works as a tattoo artist, and at a local paper mill. Art, she said, is what makes her life worth living. “Right now I am really into graphic design, but I am also very interested in photography. Ideally, in the future, I will find a job which allows me to express myself in multiple different mediums. I am someone who can’t stand stereotypes, but fortunately, art is the exact opposite of that.”