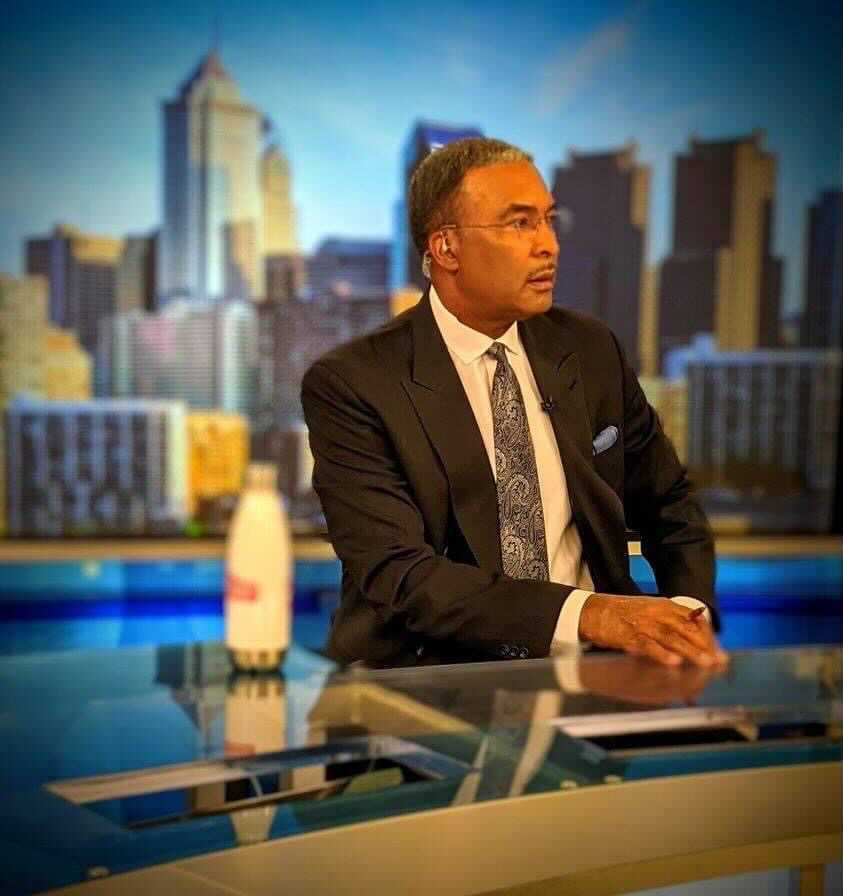 (DENVER) — Ulysses (Ukee) Washington III, of KYW-TV CBS 3 in Philadelphia, has reported on thousands of stories in his career.  The co-anchor of the weekday evening news tells The Click that there’s one story that will always stick with him. And it was closer to home for him than some might think.

The Click: You said that the most important story you’ve reported was the one on Eddie Fountain. I tried to find out more about it but found very little on it. Would you mind telling me a little more about it?

Ukee Washington: Edward Fountain is, and was, a great classmate of mine back in the mid-70s at Dover High. We ran track together. He was an exceptional student-athlete. One of the nicest people you would ever want to meet!

Years later, something happened in a relationship he was in. The young lady broke it off. Eddie didn’t take to it too well, tried to get back together, but it didn’t work. In the end, he just snapped. He went to her place of employment with a gun, shot and wounded a security guard on the way to her office, and ended up killing her there. One of those unfortunate and tragic storylines if “I can’t have you, no one will,” I guess.

The Click: How did you first learn about it?

Washington: I first learned about it when I came back home to work for the television station, so that was in 1986. All of his high school teammates, friends, and teachers couldn’t believe what happened. I didn’t know the young lady, but I was extremely heartbroken for her family as well.

A few years later, maybe in’ 92, I went to do a story on him. I went because Eddie had started a program in the prison in Smyrna, Delaware, and it was called PROJECT AWARE. The program would bring at-risk youth to hear the testimonials of the prisoners in hopes that they would take the same path and end up like them. It was the brainchild of Eddie Fountain. It’s his way of saying he was sorry for what he did and his way to give back so that other young people wouldn’t end up where he was.

The Click: What surprised you most about the story?

Washington: What surprised me the most about the whole thing is that while talking to Eddie, he was the exact same genuine, kind-hearted, and caring soul that I knew in high school. But one moment in time changed all that and put him where he is now, and he has been there since 1986.

The Click: How did reporting this story affect you in the end?

Washington: I was visibly moved while telling the story. It really hit home for the viewers and me. It’s not often a news anchor reveals he’s the friend of a man who has received a sentence of 180 years plus Life! I’ll never forget the words he told those kids, he said, look at me, “I’m a dead man walking” Powerful stuff. I ended up doing a three-part series on it.