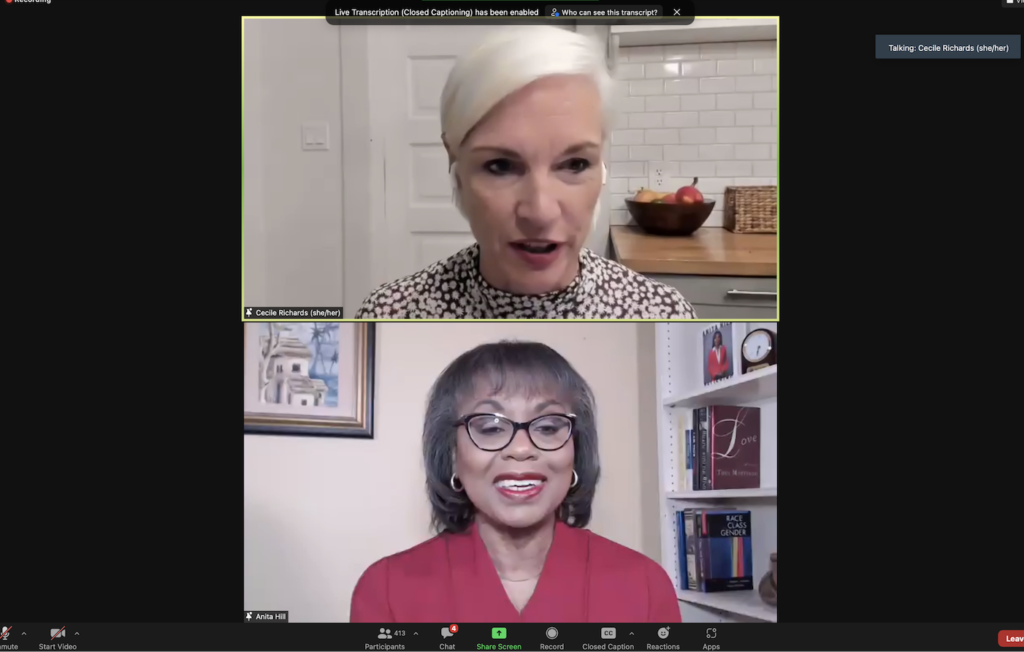 A Virtual Conversation with Anita Hill

After the 2016 election, Supermajority was created to foster a community focused on protecting women’s rights and bringing women together as a powerful political force. In an effort to also support diverse or gender non-conforming authors, Supermajority started a book club.

Author Talk allows Supermajority to partner with local and woman-owned bookstores to host virtual events. For this virtual event, Greenlight Bookstore, located in Fort Greene, Brooklyn was the featured bookstore.

Before the event started, Greenlight co-founder Jessica Stockton said, “Bookstores have played a part in feminist movements for many decades so it’s wonderful to have Supermajority shine a light on today’s women-owned businesses while highlighting the work of brilliant women, authors, and thinkers.”

During the book club discussion, Hill described her journey the life-changing events that followed her testimony,  bringing some audience members to tears.

“After my testimony, I had to make a choice… was I going to just retreat as having been defeated by the Senate judiciary committee hearing? Or, was I going to dedicate at least part of my life and part of my energy  trying to create positive change or at the very least, make sense out of what had happened?” Hill said.

Throughout the discussion, Hill expressed her frustration with society and how institutions that are supposed to protect victims of sexual harassment often fail them.

The conversation then shifted to the hypocrisy of how qualified women such as Hillary Clinton are often dismissed, and how the Supreme Court’s approval rating is at an all-time low.

It is a failure of our society to recognize women in powerful positions and because of it, we lack the policies to help our country become more equitable for everyone, Hill said.

After the lively conversation, Hill left the event by saying, “We have changed elections, the 2018 mid-year elections, and this last presidential election… we are a mighty force if we come together and insist that our leaders hold people accountable and hold themselves accountable.”