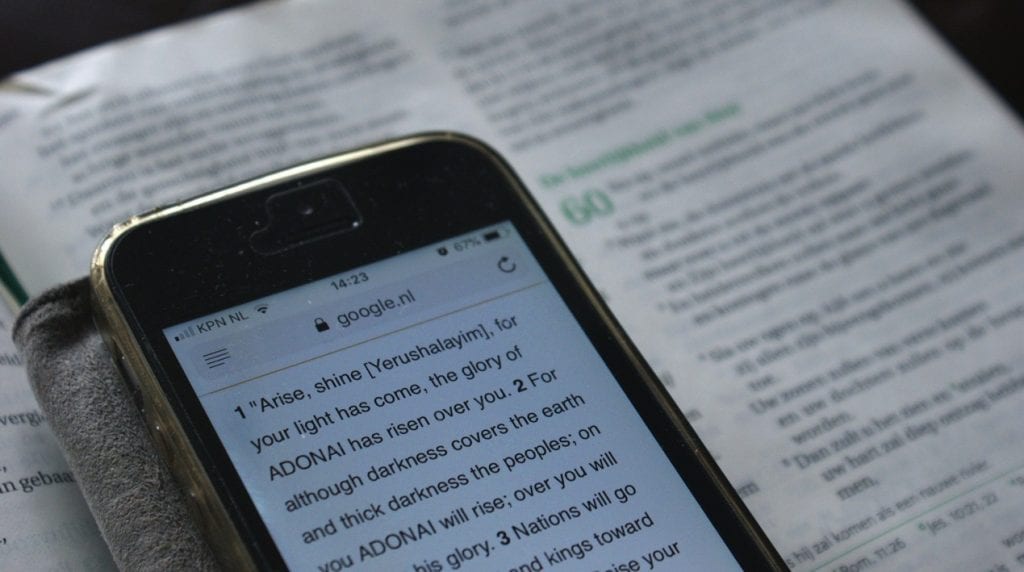 A Wisconsin Church Adapts to the Digital Age

(Photo by FotoRieth from pixabay.com)

MADISON, Wis. — “Grab your Bible or your digital device,” begins senior pastor Chris Dolson each Sunday morning. It’s so common for church-goers to use the Bible app on their phone that it’s worked its way into the pastor’s congregational greeting.

As social media takes over daily routines, Blackhawk Church, a Madison evangelical church, is learning how to evolve with changing technology in everyday life. 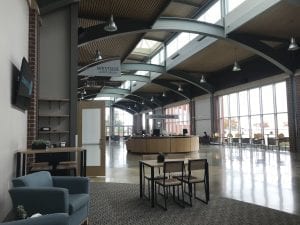 Founded in 1965, Blackhawk is now one church in three locations. Expanding outside of Madison and into surrounding cities, it uses technology to support its mission to “build a community to reach a community.”

It would be difficult to spend a Sunday morning at Blackhawk Church and not recognize its growing use of modern technology and media platforms; it’s ingrained in every element of the Sunday experience from the live-streamed sermon to the creative multimedia components incorporated throughout the service.

But what about outside the traditional walls of the church?

Finding ways to tell the story of Jesus and to connect people with the intimate moments and personal stories that make Blackhawk who it is as a church community has proven to be more challenging.

Larissa Anderson, former director of social media at Blackhawk, is an advocate of using social media to increase the influence the church has in its community. To do that, she believes it’s about stepping outside of the polished and perfect productions and instead showing the rough cut and raw stories that reveal who Jesus is and who the church community is.

When asked what initiatives have been the most successful, Anderson said, “Instagram has actually been really successful … It’s a great way to interact with people and to share what’s going on in the life of the church.” She added, “I always pushed for telling the stories and Instagram has been a really great platform for that.”

With 2,223 Instagram followers and 6,154 on Facebook, Blackhawk has started engaging online but has not reached the level of online presence other tech-savvy mega-churches have. 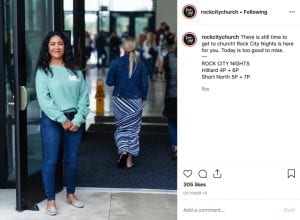 Founded in 2011, Rock City Church in Columbus, Ohio, reaches over 18,500 Instagram followers and has consistently made Outreach Magazine’s list of the 100 fastest growing churches in America since 2015.

In an interview with Unseminary.com, lead pastor Chad Fisher spoke about the church’s intentional use of branding and creativity to engage younger generations, a demographic in which the church has seen significant growth. A quick glance at Rock City’s Instagram illustrates Fisher’s comment. The page is very personal and engaging while remaining simple and on-brand.

Perhaps an engaged and authentic social media presence is one way to get a younger demographic through the doors.
Fisher and Anderson seem to think so.

With 80% of millennials believing in God with varying degrees of certainty, according to 2014 research published by Pew Research Center, it should be upsetting to the broader church community that only 28% of millennials attend church regularly, with another 38% attending only a few times a year, according to that same study. 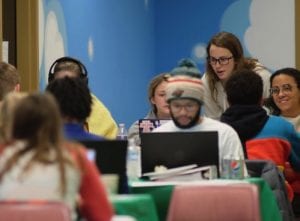 Jaclyn Wegener, a 2016 alumna of the University of Wisconsin and current Blackhawk attendee, first came to Blackhawk for Study Day when she was a student, which she had heard about from a friend. Study Day takes place each semester when Blackhawk’s modern facilities mimic a library, providing students with a change of scenery to study in, quiet spaces, and plenty of free food.

Wegener explained that she first came to Blackhawk as a student for the benefit of the less-crowded-than-the-library place to study and the free food, but she comes back now as a graduate because she had such a positive first experience. Now, she wants to give back in a way that lets someone else have that experience, as well. 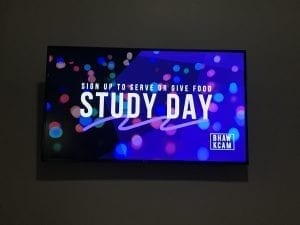 Thinking about what motivates college students to show up for anything, Wegener added, “I do think this is the decade of FOMO [fear of missing out]. If people see people having fun and meeting people, they are more likely to want to join … People want to do what’s cool, and if all their friends are going to church, they want to go to church, too.”

Wegener and Anderson both see an untapped opportunity to use social media to excite a younger demographic to want to engage with the church community. It’s about getting people excited — or at least intrigued enough — to show up, and then letting the church community show God’s love to each person that walks through the door.

But, Anderson explains, convincing some people that the changing methods are still serving the same message can be a big challenge. “There’s a big generational difference in understanding the impact of social media,” she added.

And navigating relationships from behind a screen isn’t easy. 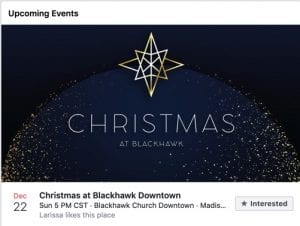 “As a bulletin board, social media is fine. But managing the more touchy kind of things, that was, is, an ongoing question of: ‘How do you love people well without having a face-to-face relationship with them? How do you deal with the more touchy situations in life if you’re not doing it personally?’ It’s hard to do that.” Anderson explained.

Michele and Mark Joslyn, who have been regularly attending Blackhawk for over 10 years, recognize the same challenge.

In discussing what it looks like to form relationships online, Michele said, “I personally believe that relationships develop more in person. Online might be a way to introduce yourself, but if you want to have a deeper relationship, you do need to have some in-person contact.” Mark agreed.
So how can the church community leverage technology to reach a new generation without neglecting God’s desire for His followers to cultivate relationships?

Looking ahead at how the church community can show interest in and support for building-up a robust social media presence, Anderson said that people being willing to share their stories is the most meaningful because “that’s what people connect to.”

Formalizing it as a priority is also important. “When it’s not specifically valued enough to be part of someone’s job,” she added, “it will fall to the wayside.”

She also mentioned that it is hugely meaningful when someone outside of the church’s staff takes a moment to write to church leadership to explain how they connected with something shared through social media or how it got them through to doors.

Dedication to the mission while embracing change is ingrained in the culture at Blackhawk. According to Dolson, “a lot has changed since 1994,” when he first joined Blackhawk. “But our mission remains the same — to build a loving community that follows Christ in order to reach our community with the same love we’ve so graciously been given.”

One Sunday morning spent at Blackhawk confirms the church’s mission.

As for the methods, Anderson optimistically concluded, “It is changing. There’s huge potential there. We’re just not there. Yet.”