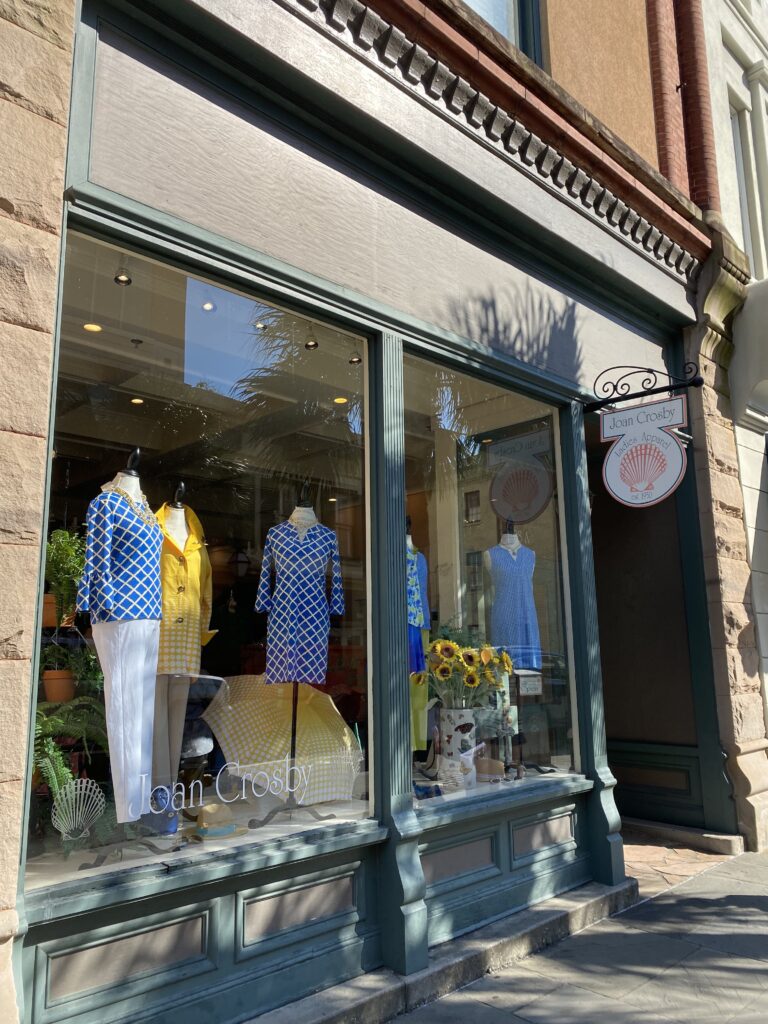 (CHARLESTON, S.C.) — Joan Crosby has been a family-owned women’s boutique since 1950 and intends to continue its legacy, despite challenges presented by COVID-19.

Owner Kimberly Humbles opened the store in 2015 on Charleston’s main retail avenue, King Street. At the same time, her family had been involved with Joan Crosby for years.

After growing up and living in the small town of Conway into adulthood, Humbles moved to Charleston with her husband to acquire a larger audience and platform for the store several years ago.

In 2018, Charleston’s tourism industry attracted a record of 7.3 million visitors, with an estimate of $2.8 billion labor earnings.

“The potential of my store felt infinite and Charleston was booming,” said Humbles.

And while tourism was at an all time high, Humbles believes no one foresaw the COVID-19 shutdown and the impact it would have on Charleston’s retail businesses.

Humbles says that COVID-19 hit at the worst possible time for her business and many others in the surrounding areas.

“March, April, and May are our best sales times of the year because the weather is beautiful, and people are ready to shop after winter,” said Humbles. “Without having our business open during this time, we lost a lot of potential revenue.”

Humbles provided that her sales halved during 2020, with her store unable to open in-person due to COVID-19 restrictions. She also says that she did not curate a website at a time when many other stores relied on online sales.

This decision was due to feedback she received from her customers who said they were not eager to buy clothing during the shutdown.

“People had nowhere to go, so they didn’t have the need to buy dresses, especially without being able to try them on in the store,” Humbles said.

But with the world slowly starting to open again, retailers in the United States have been surprised to see sales exceeding the projected forecast, said Mia Weinand, media relations coordinator for the National Retail Federation.

A September report from the National Retail Federation found that overall national retail sales were up seven percent, with consumers willing to spend more on merchandise than services such as food or entertainment.

With vaccination roll-outs, Humbles’ store’s revenue is the best she’s ever seen since 2019.

“As each age group was able to get vaccinated, you could see the streets of Charleston light up again,” said Humbles. “I think people are wanting to travel domestically in the United States and see the things they’ve never seen after being locked up, which is good for us.” 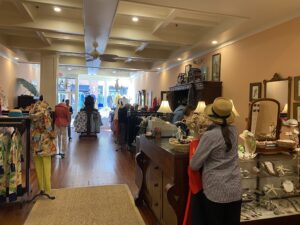 Humbles interacts with customers who are happy to be in person shopping.

Humbles is hopeful that her store will continue to thrive, and with improvements in COVID-19, people will be excited to visit Charleston and her business again.