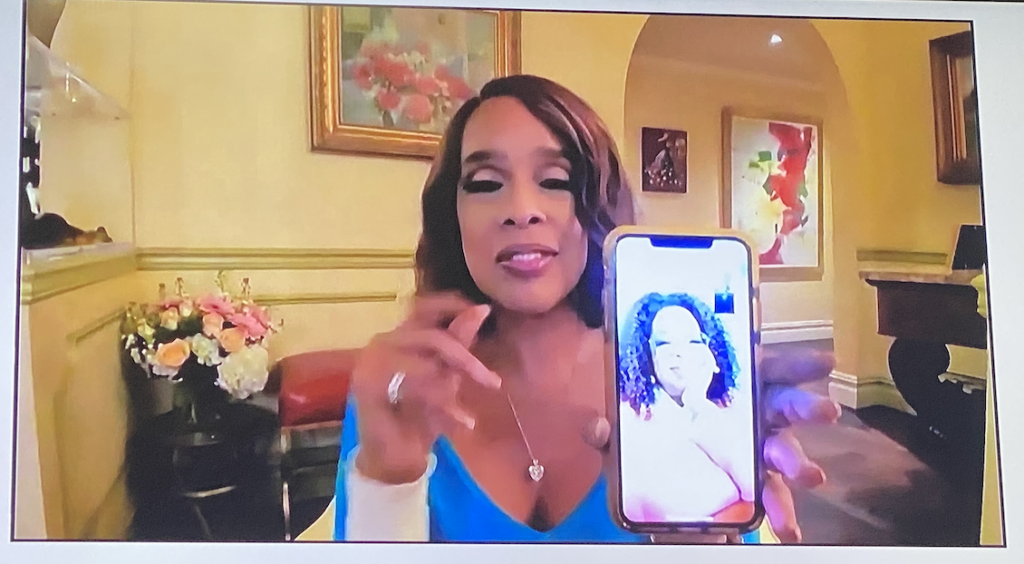 Oprah Winfrey on FaceTime with Gayle King after internet connection drops during Zoom event. [Credit: The OG Chronicles via Zoom]

A Zoom Call with Oprah and Gayle

Oprah Winfrey and Gayle King hosted ‘The OG Chronicles’ a free, live Zoom event on April 1 in which they gave advice and spoke candidly about various topics from the comfort of their home.

Sydney Williams, 24, attended the Zoom event because she thought it was an interesting concept. “I think a silver lining of this pandemic and zoom culture has been the accessibility as it pertains to people we revere and admire. We’ve been able to allow our role models into our homes while witnessing them in their natural state,” said Williams.

Another Zoom attendee, Kelli May, 22, was interested in seeing how Oprah would adapt to the ‘new normal’ during the pandemic.

“I tuned in because I wanted to witness the beginning of something new for Oprah and her brand. I was interested in seeing how she is evolving her brand to fit our current situation. I loved the idea of the zoom. During this pandemic everything is on Zoom, why not a talk show,” said May.

There were seven women who called in to the show seeking advice on multiple topics such as marriage, plastic surgery, COVID-19 house restrictions, dating, etc.

Oprah and Gayle – the “OG” in ‘The OG Chronicles” – gave each woman advice based on their own life experiences. 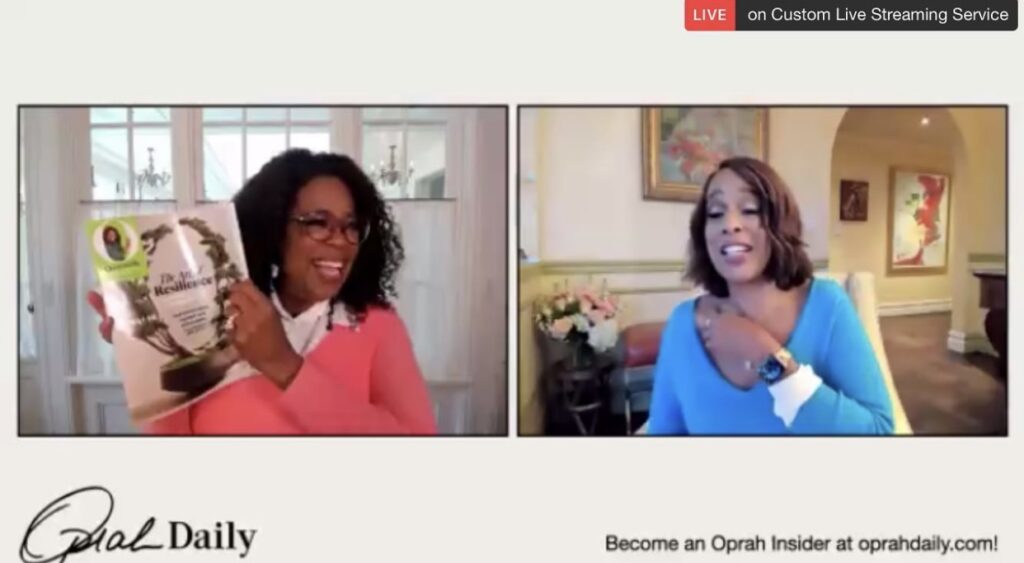 “Oprah and Gayle are two of the most highly-revered women in media and this was an opportunity to see a fun, relatable side of them,” said Williams.

Gayle even told us her favorite pickup line, “We should go to dinner, your treat.”

Meanwhile, Nischelle Turner, an anchor from Entertainment Tonight, raved about a bouquet of flowers from Oprah before seeking advice.

To this Oprah responded, “I give women their flowers while they’re still alive.”

During the event, there were times when Oprah’s internet connection was not stable. “I don’t know if it was just me but Oprah’s connection was staticky,” said May.

Toward the end, Oprah’s computer completely shut off. Gayle carried the virtual event until Oprah FaceTimed her saying her computer wouldn’t turn on. She appeared slightly annoyed.

This was a reminder that even Oprah has technical difficulties.

As for attending another Zoom event, May doesn’t think she will. She concluded with “I don’t think her target audience is for (younger) people like me, so I’m unsure if it will keep my attention.”

Future episodes of the ‘The OG Chronicles’ will be for Oprah Daily subscribers only following this one-free event.