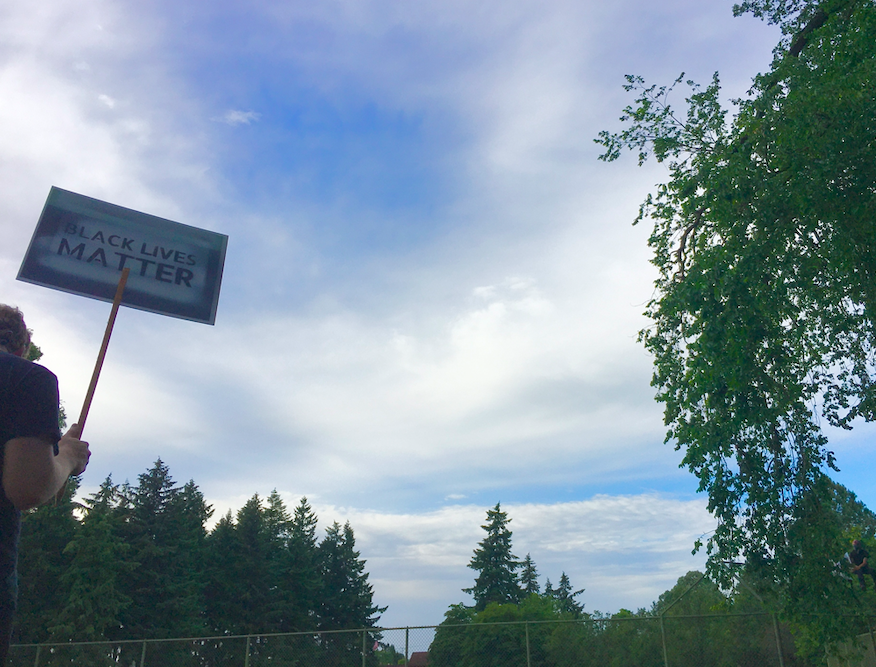 Alissa Azar is a self-described activist and gonzo journalist based in Portland, Oregon. Azar has been on the ground covering protests and rallies since the 2020 racial justice movement took off in late May that year. She’s reliably at most antifascist events and Black Lives Matter rallies. Azar has been targeted by violent far-right groups like the Proud Boys and Patriot Prayer, and conservative journalist Andy Ngo. On September 5th, 2021 Azar was attacked by Proud Boys at their rally in Olympia, Washington, which both the Radio Television Digital News Association and the Coalition for Women in Journalism condemned.

Azar, self-employed, shares brief written posts mostly via Twitter but occasionally through Instagram. She also has a following on Patreon, a paid membership platform that provides subscribers with exclusive content. With over 36,000 followers on Twitter, Azar does most of her reporting using video and live written updates while attending events on all sides of the political spectrum. She conducts in-the-moment “person on the street” style interviews, giving a range of voices the opportunity to be heard.

Social media is ubiquitous enough that she does not need to work for a news source or specific press to be considered a journalist. Azar’s political and moral leanings are made very clear as a leftist activist. There will always be bias in reporting – even when a journalist shares raw footage. All journalists choose which moments and which people to film and which to share, whether they are generally open about their political views or not. Knowing where Azar stands politically does not make her any less of an effective journalist, it just allows the viewer to recognize the bias that might be present in her reporting.

Journalists do not need to withhold their beliefs to produce worthy and important news. Journalists of color like Wesley Lowery have recently spoken out, claiming that true objectivity doesn’t exist. He wrote that the mainstream media allows “objective truth” to be determined by primarily white reporters, bosses, ok and editors to cater to white readers, while often sidelining Black and Brown perspectives and reporters.

He wrote, “We also know that neutral ‘objective journalism’ is constructed atop a pyramid of subjective decision-making: which stories to cover, how intensely to cover those stories, which sources to seek out and include, which pieces of information are highlighted and which are downplayed. No journalistic process is objective. And no individual journalist is objective, because no human being is.” Alissa Azar is inevitably influenced by her identity, upbringing, political and social views. Denying that influence for the sake of “objective” journalism is disingenuous, unrealistic, and white-washing.

A good journalist should focus on disseminating information that keeps people safe and uplifts marginalized voices. Azar does this to a tee – her reporting was particularly essential in the height of the protests in downtown Portland. She shared videos with her followers of what was happening on the ground at that particularly tense time. She provided live updates about the whereabouts of the federal agents that were deployed, for example, in order to keep protestors aware of their best routes to avoid being attacked by the agents. She would update her followers with news of protestors’ injuries and other emergencies. Her reporting remains a crucial source of information for current fellow protestors and others who care about the safety and wellbeing of those fighting for defunding the police, abolishing ICE, and other leftist goals.