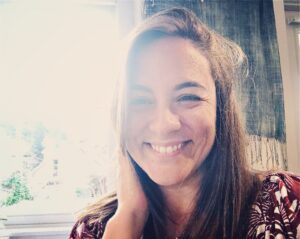 Adriana Teresa Letorney is a journalist, publisher, and entrepreneur. She is the co-founder & CEO of FV Inc– a design and tech media company that powers Visura.co & Visura Pro.  She is also the co-founder of the Scout Film Festival, a 501(c) organization that supports filmmakers aged 24 and under.

Adriana has served as a juror, nominator, reviewer, or curator for the Alexia Foundation, World Press Photo, New York Times Portfolio Review, Photoville, Lucie Foundation, Prix Pictet, CPOY, The Google Photography Prize, amongst others.  She has been a guest lecturer at the Missouri School of Journalism, University of Syracuse, and School of Visual Arts, amongst other institutions.

Adriana holds a BA in Anthropology from the University of Puerto Rico (2001) and a BFA in Photography from the School of Visual Arts (2007) in New York.  Adriana Teresa is currently completing a Masters in Journalism at New York University’s Arthur L. Carter Journalism Institute (2021).  Currently, she lives with her family in Stowe, Vermont.