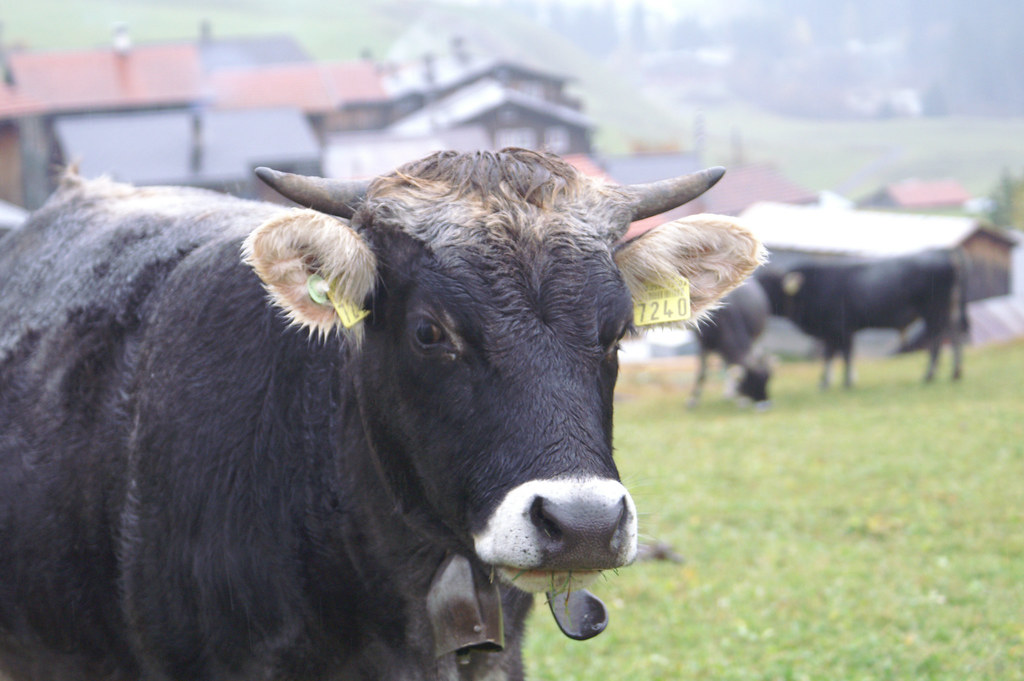 A cow in a field. [Credit: “Cows” by L_K_M via Creative Commons]

Bryce’s report explored solutions to reduce methane emissions from cattle, such as a vaccine and seaweed. The author highlights the benefits and challenges of each and the understanding of cattle methane reduction and its’ impact on the planet.

Advocacy journalism, the term for journalistic work with a social or political purpose, is a classification that Bryce’s article satisfies. As Rolling Stone  columnist Matt Taibbi said, ​​”all journalism is advocacy journalism. No matter how it’s presented, every report by every reporter advances someone’s point of view.”

Aside from the content, the element that highlights Bryce’s piece as advocacy is the support by The Climate Pledge.  When an article advertises that it has been ‘supported’ by a client, The Guardian accepts third-party funding for projects already being produced.

Co-founded by Amazon and Global Optimism, The Climate Pledge is a commitment by corporations that operate as signatories to achieve net-zero emissions by 2040. In addition, they adhere to regular reporting, measuring their greenhouse gas emissions, carbon elimination, and carbon offsets.

The Guardian has several articles in collaboration with The Climate Pledge under the tab ‘Greenlight, such as the climate impact of fashion. Their collaboration aids in achieving one of the news organisations goals as they pledged numerous tenants, including achieving net zero emissions by 2030 and increasing environmental coverage.

“We are persistent, ambitious, and forward-thinking when reporting on the human consequences of the climate emergency,” The Guardian stated in their pledge.

The Guardian works symbiotically with The Climate Pledge to achieve their collective goal of reducing climate change. By working in tandem, the reach of climate change reduction strategies increases to a greater audience spanning corporate and private persons. Companies can become signatories through The Climate Pledge, and the people within those companies are educated on environmental reduction.

Though The Guardian disclosed their collaboration, does that mean it is ethical? According to the SPJ Code of Ethics, ethical journalism embodies truth-seeking, reporting the truth, minimising harm, acting independently, accountability and transparency. In concern with Bryce’s article is working independently.

As stated by the Online News Association (ONA), “the best way to maintain integrity is to disclose the relationship and try to build credibility by producing excellent journalism rather than PR in disguise.” Journalists should explain their choices to their audience, distinguish and disclose sponsored content, adhere to robust sourcing, attributing information, and provide contextual information.

Bryce’s article is peppered with attribution, sourcing, and contextual understanding. Throughout the article, there are external sources and articles embedded in the text and various interviews.