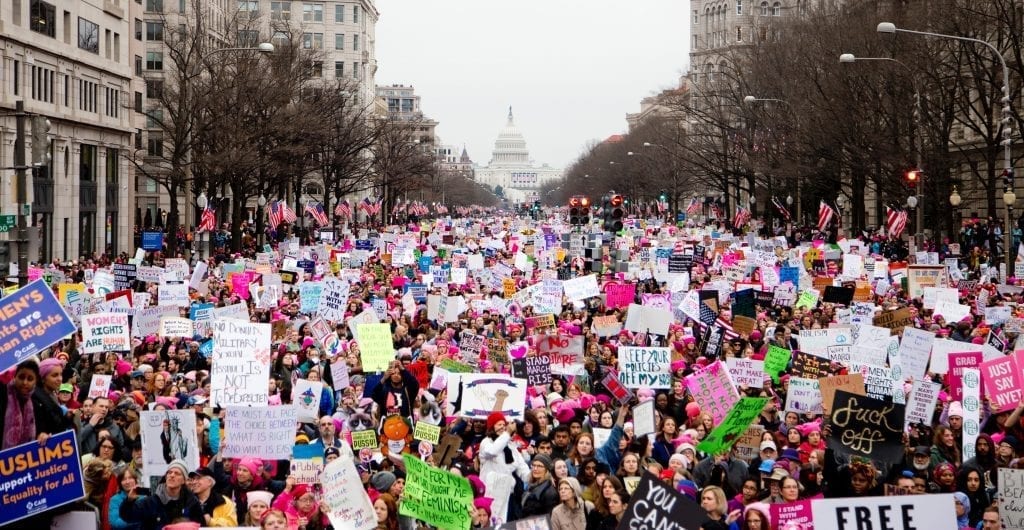 In November of 2017, just one year after the election that – for better and for worse – would serve as a catalyst for many a middle-aged white woman’s political awakening, Cecile Richards, then-President of Planned Parenthood, penned an essay about the ways in which womxn’s civic engagement evolved since Trump took office for Harper’s Bazaar, otherwise known as an outlet that somehow manages to simultaneously embody and uphold the most treacherous tenets of feminist journalist, Naomi Wolf’s, The Beauty Myth whilst publishing features about the supposed power of a supermodel’s nude selfies by Wolf herself.

Only a year prior to Richards’ op-ed, the magazine attempted to humanize Ivanka Trump and her father’s “controversial,” campaign for president. At any rate, Richards – and on occasion, Harper’s Bazaar – make fair points. Indeed, womxn of a particular race, gender and socioeconomic status showed up – complete with “pink pussy hats” – in the name of “feminism” in 2017.  However, considering that ‘Planned Parenthood,’ is mentioned twelve times in a piece less than 1,000 words and Richards is a longtime feminist activist and organizer, it’s impossible to ignore the many indications of advocacy journalism.

According to Oxford Research Encyclopedias: “Advocacy journalism refers to a genre of journalism that combines reporting with a point of view.” While Richards does a significant job in citing a number of womxn who have begun attending protests, run for office, publicly spoken out against conservative politicians with storied histories of rolling back womxn’s rights and lobbied for increased access to reproductive healthcare, all of these womxn made headlines long before the essay was published which signifies that very little reporting was actually required at all.

It’s also worth noting that some of the honorable mentions even have direct ties to Planned Parenthood. While her reporting wasn’t exactly fresh, the examples named supported her statements, nonetheless. Her – then the president of perhaps the largest, most recognizable reproductive healthcare organization in the country – point of view on womxn’s civic engagement would’ve been clear without the essay but to those who might be unaware, couldn’t have been demonstrated more clearly. She stands in support of womxn who have become politically active and the piece serves as a call to action to anyone on the sidelines.

While Richards does an adequate job of providing evidence to support her claim that womxn have been motivated by the 2016 election, I believe she could’ve conducted further research on womxn and femmes that haven’t already made mainstream news. Much of her examples are also cisgender womxn.

That, coupled with the mention of “pink pussy hats,” which have been contested by a number of activists as both “racist,” and “transphobic,” since the inaugural Women’s March reveal Richards is excluding entire communities of womxn and femmes who have also contributed politically – before and after the election. I also find her repeated mention of the very organization that signs her checks to be quite questionable. While I don’t contest the necessity of Planned Parenthood or organizations with similar missions, I also know that there are a number of grassroots groups and smaller healthcare providers that would surely benefit from being mentioned by Cecile Richards in Harper’s Bazaar.

This essay isn’t exactly wrong or unethical but rather reads like sponsored content likely written or heavily edited by an editorial assistant – or several – at Harper’s Bazaar. There is no question it fits the definition of Advocacy Journalism, considering it combines Richards’ opinion and light reporting that aptly supports her claims.