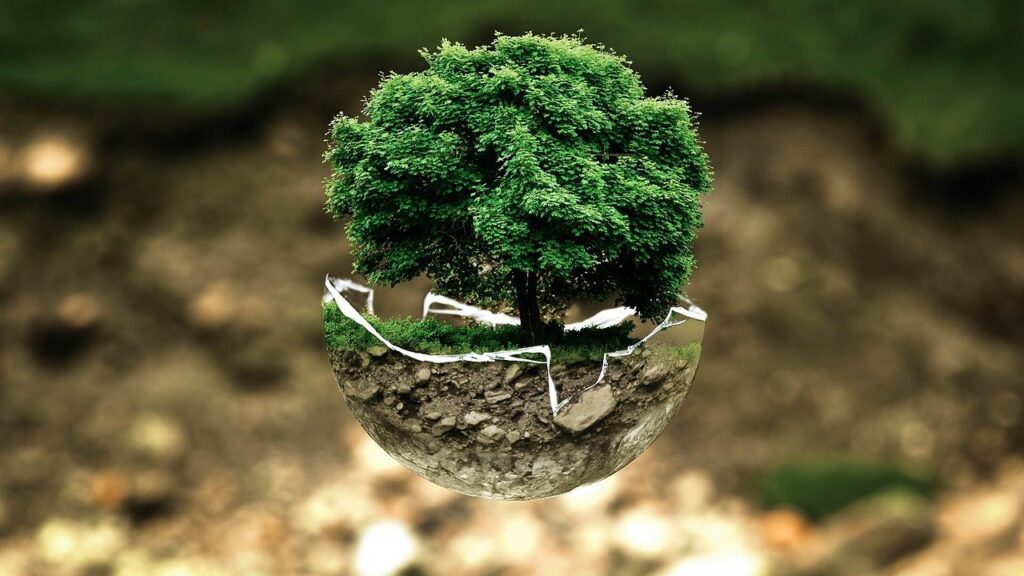 Breaking Boundaries: A Look at Advocacy Journalism Through Film

“Breaking Boundaries: The Science of Our Planet,” released in 2021 by Silverback Films, the creators of Our Planet, aims to make humans aware of the irreversible environmental boundaries being broken due to how they live and treat the Earth. The film, presented by Sir David Attenborough, a long-time advocate for climate change and environmental issues, collaborates with world-class scientists with the specific agenda of informing humans of the destruction that is taking place to Earth’s systems that are crucial to how the planet functions. Each system has its threshold of change it can withstand until its makeup is permanently changed.

“Breaking Boundaries,” made in partnership with Swedish scientist Dr. Johan Rockström, a Professor in Earth System Science at the University of Potsdam and Director of the Potsdam Institute for Climate Impact Research, highlights some of Dr. Rockströms most groundbreaking and perhaps terrifying research. Rockström has dedicated his life’s work to researching global sustainability and has published numerous papers on the subject, but he is mainly known for his research on planetary boundaries. Rockström spearheaded a collection of scientists and scholars from across the world that identified different systems that Earth relies on to function properly and how much change they can withstand. The research team concluded there are nine planetary systems and measured how much change they could undergo until they were pushed into an irreversible and unknown state. The more boundaries that are pushed and broken, the less habitable the Earth becomes for humans. The boundaries identified include climate change, biodiversity loss, ozone depletion, ocean acidification, atmospheric aerosol pollution, freshwater use, land system change, and biochemical flows of nitrogen and phosphorus. Four out of nine boundaries have already been crossed: climate change, land system change, biodiversity loss, and biochemical flows. This film aims to make the public aware of the boundaries and consequences humans will face if they do not act now. The scientists are tired of crying out for help while no one listens. Rockström says 2020-2030 is the decisive decade for humans and the state of the Earth. Rockström says, “I do not get sad. I get angry.”

In the same way, scientists use this film to call attention to these crucial climate issues, Ida B. Wells did the same in the late 1800s regarding the unjust killings and treatment of African Americans in the American south. Ida B. Wells created her newspaper during a time when Black voices were silenced. Wells saw a need for the Black perspective to be known. The public needed to know what was actually happening. People on the opposing side would argue that her publishings were a matter of opinion and inaccurate, but she used a strict and accurate method of information gathering to uncover the facts that told the story and was named one of the first investigative journalists in America. Similar to the scientists in the film, Wells used her platform to spread information in the hopes that the facts could no longer be ignored.

Scientists from across the globe collaborated on this film to talk about their research that personifies the concept of pushing planetary boundaries to the limit. These scientists can see the shift in the planet based upon the research conducted in their own field, such as Professor Terry Hughes from the Arc Center of Excellence for Coral Reef Studies, who studies the health of coral reefs, more specifically focusing on the Great Barrier Reef off the coast of Australia. Professor Hughes uses this film to proclaim the vulnerability of coral reefs living in ocean water so acidic that they are becoming inhabitable at a rapid rate, a process known as reef bleaching. He says this rapid decline of coral reefs due to ocean acidity has been happening for decades, and he has begged for attention on this issue for just as long, but now he is practically screaming for attention because if humans do not make a change, coral reefs and the life they support will cease to exist. Professor Hughs began to cry. Mostly out of frustration and exhaustion from trying to get people to care.

Eleven scientists from very different regions of the Earth collaborated on this film and currently dedicate their lives to compiling data and evidence that undeniably shows what is actually happening to the Earth regardless of what politicians and the public say. Sure, some people could argue that this evidence brought forth in the film is the scientists’ opinions, which they are, but they are very credible in how they formed their opinion, just like Ida B. Wells. She was there. She did the research and let that speak for itself.

In conclusion, advocacy in journalism is essential because the medium allows the greater public to learn about the world around them. Brave people like Ida B. Wells took advantage of an opportunity to spread awareness of what was happening in their community. The same can be said of filmmakers, writers, and journalists who want to introduce the public to scientists who have found tangible evidence proving that Earth is in trouble and wants the public to be informed on the available solutions. Silvio Waisbord, the author of Advocacy Journalism in a Global Context, says that advocacy journalism “attempts to enlarge the range of choices that people have by increasing their power to define problems and solutions and participate in the broader social and policy arena. Through advocacy journalism, civic organizations aim to raise awareness, generate public debate, influence public opinion, and key decision-makers, and promote policy and programmatic changes around specific issues.”