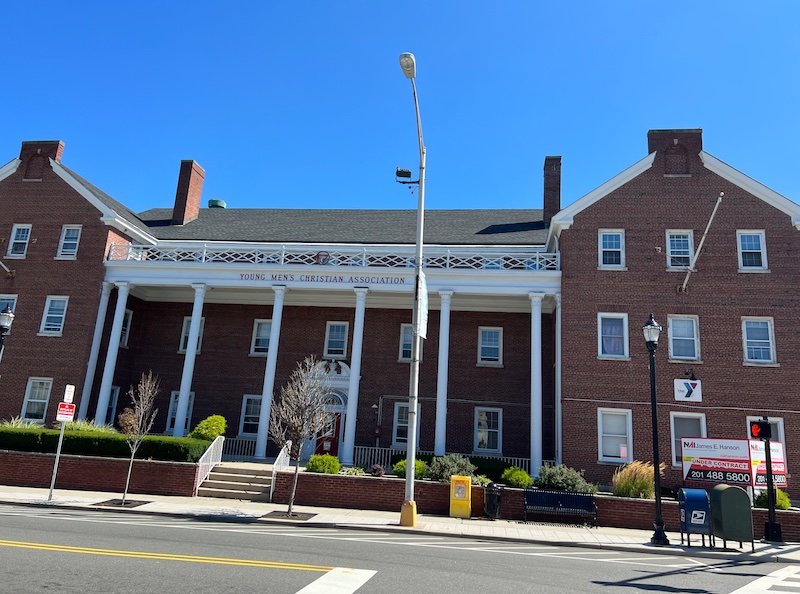 After 94 years, the YMCA in Hackensack has Closed

(HACKENSACK, N.J.) — The Greater Bergen County YMCA in Hackensack closed its doors on March 25 after more than 94 years of serving residents

The YMCA, opened at 360 Main St. on Feb. 12, 1928, moved to a new facility in New Milford, and the historic building is officially closed.

The Greater Bergen County YMCA announced plans to sell its building in 2019. “The current building has been declining for over a decade and the branch’s operational deficits have prohibited the capital investment needed for ongoing use,” the Metro Metropolitan YMCA of the Oranges wrote on its website.

The Greater Bergen County  building was “a Y for all,”  executive director Glenn MacAfee told NorthJersey.com in 2019. Part of an organization designed for men, the Bergen Y welcomed men, women, and children from the start, he said. But according to the article, women and men were not allowed to swim in the pool at the same time until the 1950s, and in the early 1900s, women had to wear special gray flannel swimsuits to use the pool.

The new building is in New Milford, five miles from the former building. The former Y was more convenient for Hackensack middle and high school students, just a 10-minute walk from school compared to an hour-long walk to the new location —longer if they are coming from the high school.

“I enjoyed going to the YMCA after school because it was close to my school, and I was able to play basketball with my friends. It makes me sad that my memories are in that one building and now I wonder what the mayor is going to turn that building into,” said Winston Selver, 22.

Many Bergen county members learned how to swim in the Olympic-size pool, went exercising at the gym, went to after-school programs, and made lifelong friends at the old location, according to a March NewJersey.com article on the closure.

“The Y was a place where everybody in town went,” said  Eric Rosa, 30. “People went to swimming clubs, dance team practice, Amateur Athletic Union basketball tournaments, fitness clubs, Friday night movies, etcetera” he added. “Back in my day, everybody had a membership to the Y. Finding out the YMCA closed in Hackensack breaks my heart because so many memories were created there.”

The new YMCA has multiple rooms for children in grades K-8, multipurpose rooms, and outdoor fields to run youth camps and sports programs.