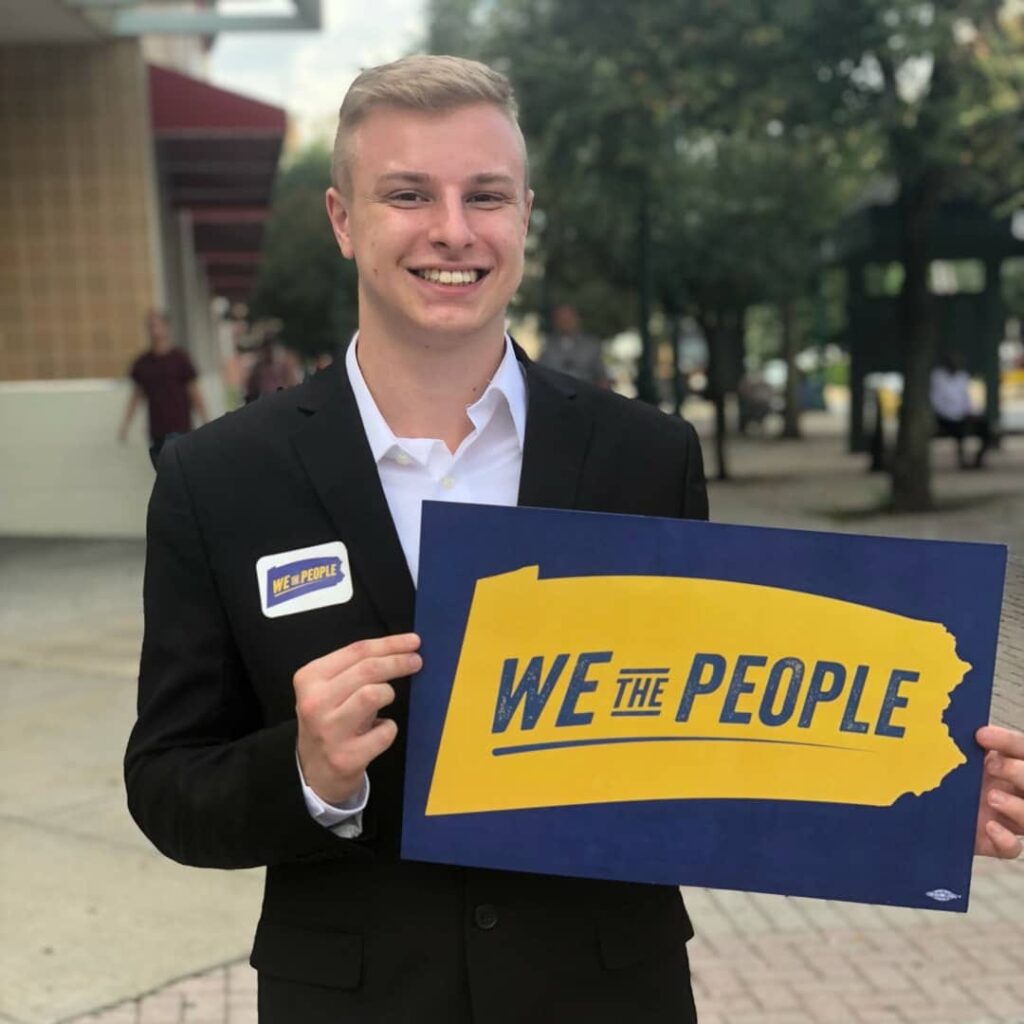 After Losing Race For Pa. House, Michael Blichar Jr. Says, ‘I’ll Be Back’

(KUTZTOWN, Pa.) — For the second time in two years, Democrat Michael Blichar Jr., 25, tried and failed to shake up the Pennsylvania state legislature. Now he’s got his eyes on 2022.

The Kutztown resident and alumnus of Kutztown University is an academic coach and young Millennial who ran against Republican incumbent Gary Day for a seat in the Pennsylvania State House of Representatives to represent the 187th District. When election night was over, Blichar got about 40% of the vote—about the same share he did in 2018. It wasn’t enough to unseat Day, who has held the seat for the past decade and earned 62% percent of the district’s votes, according to local television station WFMZ.

Blichar blamed his loss, in part, on being in a gerrymandered district.

“I did some data analysis of the precincts and voting, and it is clear that the district is still designed to benefit one party over another,” he said. “Gerrymandering was the single largest factor that contributed to down ballot candidate losses. Some other factors included the elimination of straight ticket voting and inability to campaign in person.”

With the help of organizations like Fair Districts PA, Pennsylvania organizations and residents have been fighting  to change the law in the state constitution that allows House and Senate district maps to be drawn up by a five-member commission of Democratic and Republican legislators and a chairperson.

The 187th District encompasses the borough of Kutztown in eastern Berks County, Trexlertown and Breinigsville in western Lehigh County, as well as expansive rural areas. According to 2010 census data, 83 percent of the district’s more than 66,000 residents is white. Median household income is $83,498 and 39 percent of residents have a bachelor’s degree or higher.

The difference between Day and Blichar couldn’t be more stark. Day voted to roll back oil and gas drilling protections, cosponsored and voted “yes” on bills which will hinder the ability of low income and disabled Americans to get health coverage, and voted “yes” on a bill which would ban abortions after 20 weeks without exceptions for rape, incest, health, or tragic fetal anomalies. (The abortion bill was vetoed by Democratic Governor Tom Wolf.)

In contrast, Blichar supports raising the minimum wage to $15 over a period of five years, requiring a severance tax on fracking companies, and ending gerrymandering. According to his website, Blichar, a gay man, is a “fervent advocate for LGBTQ rights, gender equality, civil rights, & the rights of those with disabilities.” During the 2020 campaign, Blichar criticized Day for his lack of transparency and policy stances. After the election, he contacted the Representative’s office to set up a meeting with Day as both a former opponent and a constituent. Day has not responded.

Blichar’s life experience figures heavily in his platform. He works for Northampton Community College and serves as the secretary for the Kutztown Borough Planning Commission, but said he currently lives paycheck to paycheck and does not have health insurance—which is why healthcare will continue to be one of his top priorities.

“We need to start prioritizing lowering the cost of prescription drugs,” said Blichar, “especially for seniors and those with disabilities.”

He wants to see change in Harrisburg that begins prioritizing the needs and concerns of nurses, including implementing safe staffing and full practice authority, as well as addressing fragmentation of care. During the 2020 campaign season, nonprofit organization Nurses of Pennsylvania handed Day a 40% trust score and an F rating on policy, yet awarded Blichar a 100% trust score and an A rating.

When Blichar was 13, his parents lost their home in the Great Recession. Because of this, he feels that he is well-equipped to address the struggles of the middle class and marginalized communities.

Blichar said he will run for the House seat again in 2022.

“Look for leaders in your community who understand and have the empathy to know what you’re going through,” he said. “It’s time we start seeking out leaders who really understand us.”