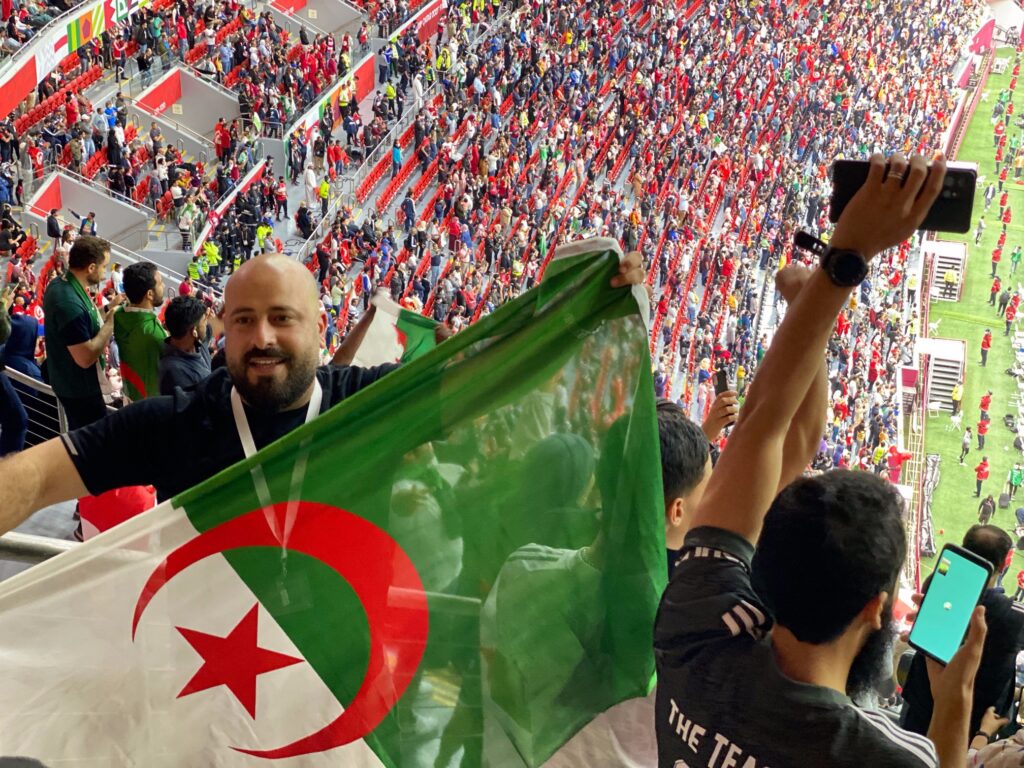 Many fans FaceTimed their families and friends who were unable to attend the match. [Credit: Alma Milisic]

Both sides played exceptionally well, keeping fans in the 60,000-capacity stadium on their toes for over 90 minutes. As defence was immaculate on both ends, neither team managed to score during the first two halves of the match, but Algeria took the win by scoring two goals in extra time. 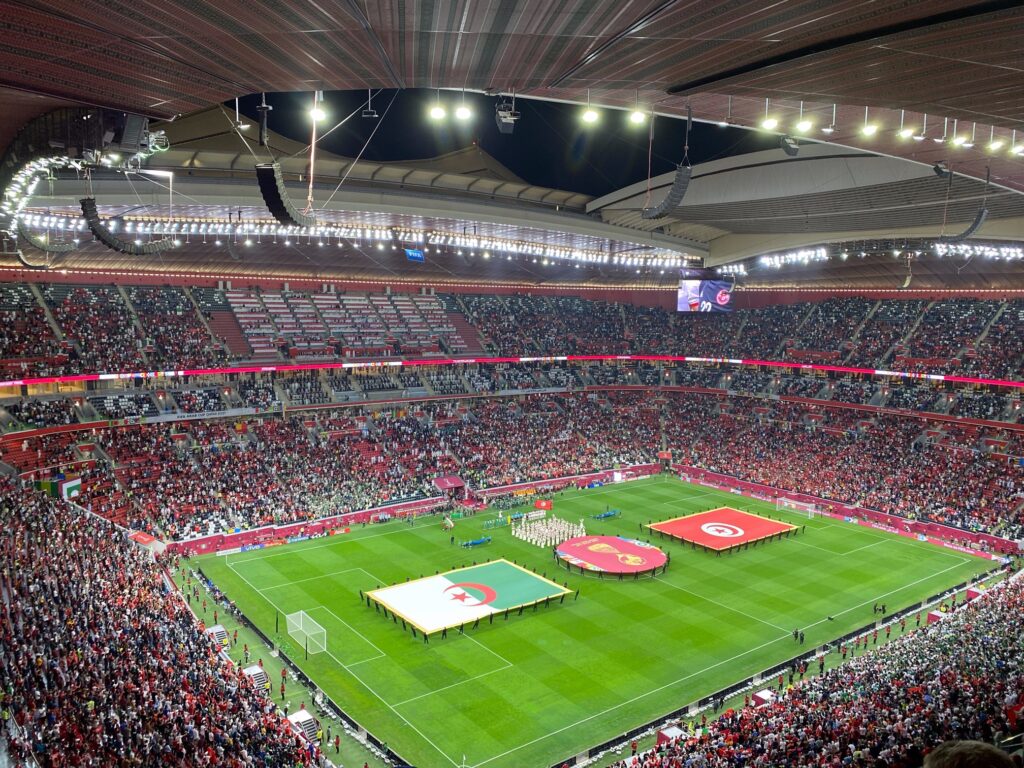 The excitement was so high ahead of the game, some fans barely focused on who won or lost.

“Of course, it would be great if we won,” Tunisia fan, Mohamed Derbali, told The Click ahead of the match. “I wouldn’t be too sad if Algeria won either, they’re a great team.” 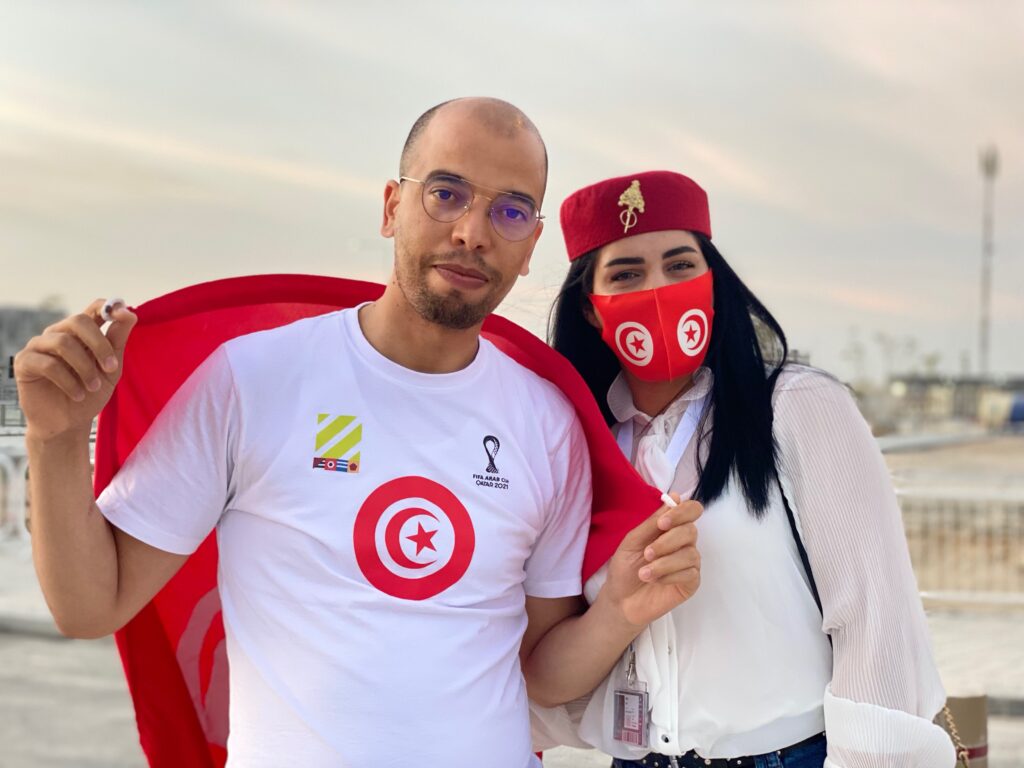 Derbali was right: although disappointed that their team did not win, Tunisia’s fans joined the rest of the stadium in cheering their neighbor’s victory at the award ceremony.

Tunisia’s achievement at the Arab Cup, however, did not remain unnoticed, as their team’s player, Seifeddine Jaziri, was awarded a Golden Boot as the player who secured the highest number of goals at the Cup.

Algeria’s Yacine Brahimi won the Golden Ball for the best player and Raïs M’Bolhi got the Golden Glove as the best goalkeeper at the Cup. 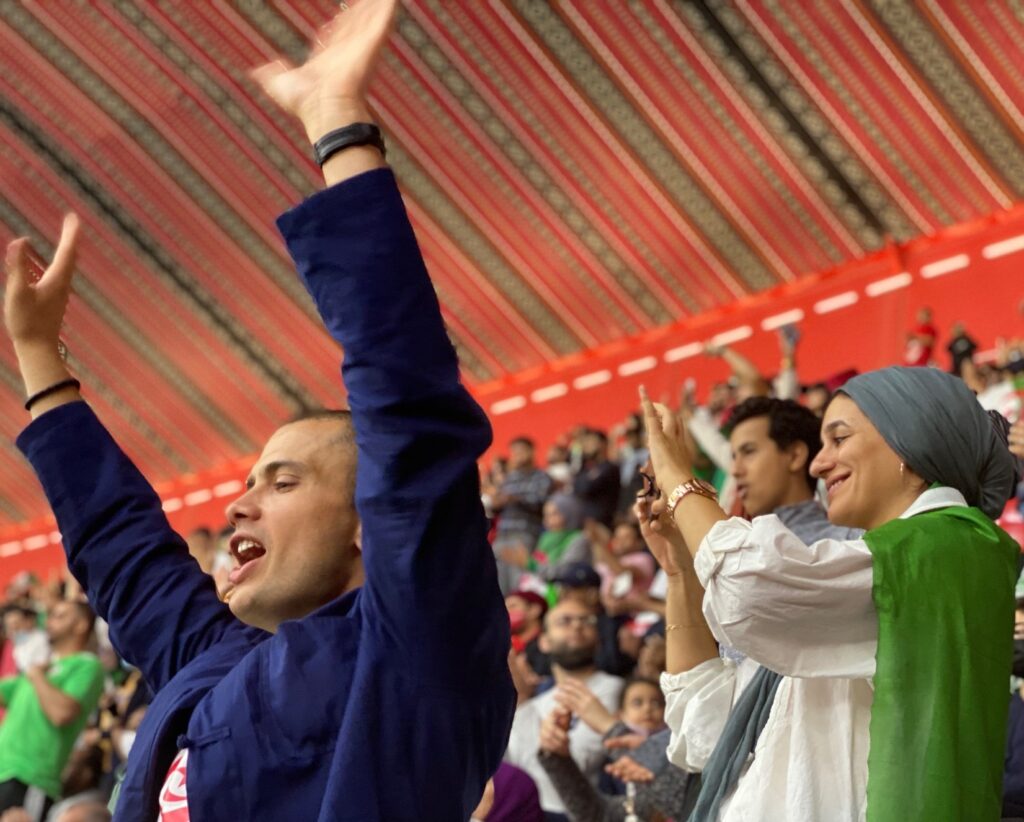 Earlier on Saturday, Qatar secured its third place in the Cup by winning 5-4 on penalties against Egypt at the newly-inaugurated 974 Stadium in Qatar’s capital Doha. 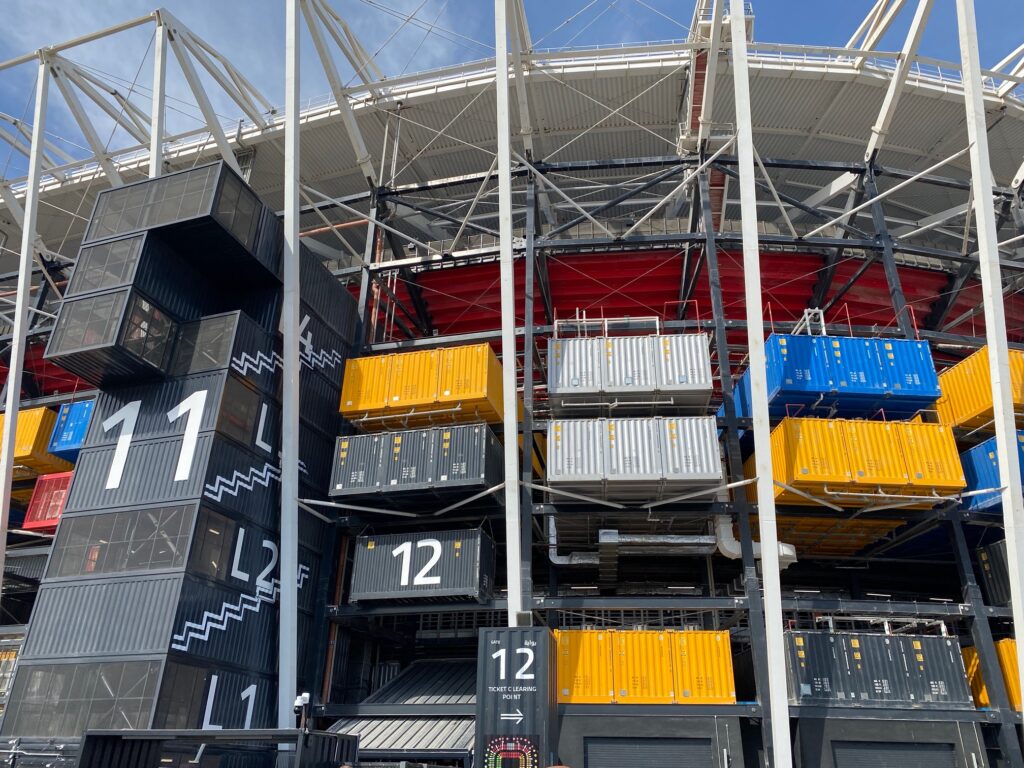 Qatar’s newly-inaugurated Ras Abu Aboud (974) Stadium was made out of 974 shipping containers which Qatar plans to demount after the World Cup 2022. [Credit: Alma Milisic]

It was a double victory for Qatar, who also celebrated their National Day on Saturday. People came to the match with their families, wearing Qatar’s traditional clothes, and carrying banners supporting their national team.

“It is a bit disappointing that Qatar didn’t make it to the finals, but I am here today to enjoy this match, and we have a World Cup to look forward to,” said Qatar’s fan, Khalifa Alyafei. “It still feels like a victory.” 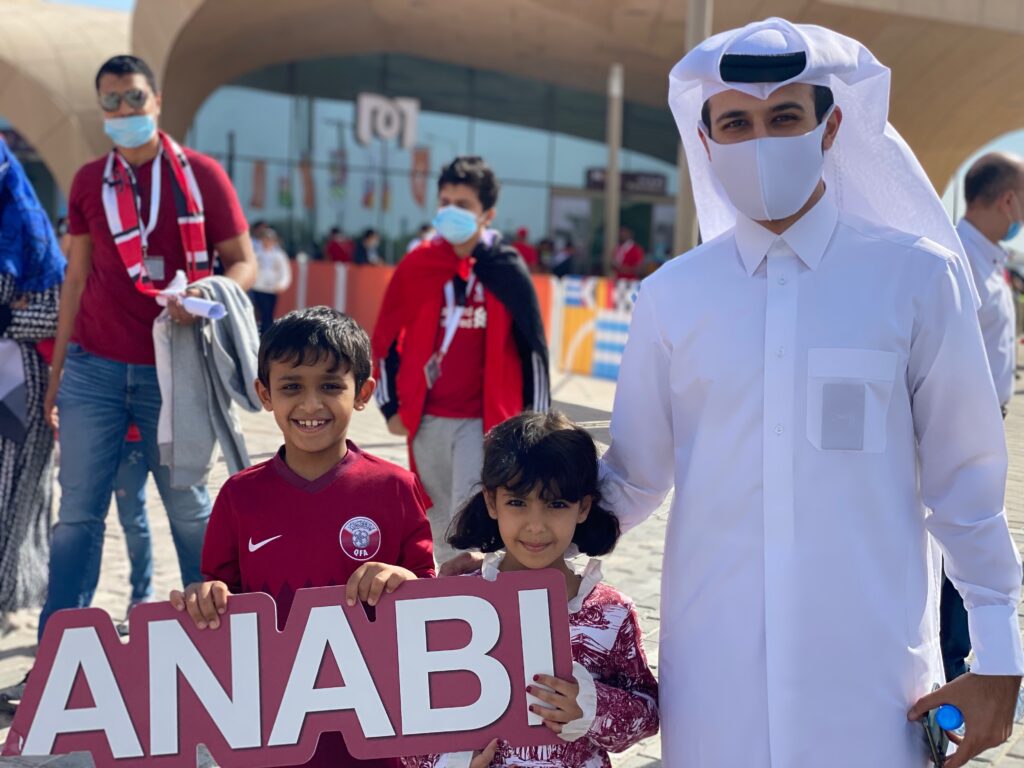 Khalifa Alyafei (right) and his children hold up a banner reading “Anabi” (ar. the maroons: a local nickname for Qatar’s national team) ahead of the third-place match between Egypt and Qatar on Saturday. [Credit: Alma Milisic]

Fans were given an opportunity to attend the matches in both Doha and Al Khor City on the same day, as Qatar tested the possibility of transferring the spectators as quickly as possible between same-day games taking place in different cities – something that will be necessary when the country hosts the 2022 World Cup.

Qatar also eliminated some of the concerns that spectators raised during the Arab Cup opening matches. The country made the previously mandatory Fan IDs optional after fans had complained over difficulties obtaining them online.

The country also added extra signals and doubled the number of staff at stadiums outside of Doha to ensure fans could easily locate the shuttle buses, which are for now the only planned public transportation from Qatar’s Al Khor and Al Wakrah stadiums to the metro stations at the next year’s World Cup. 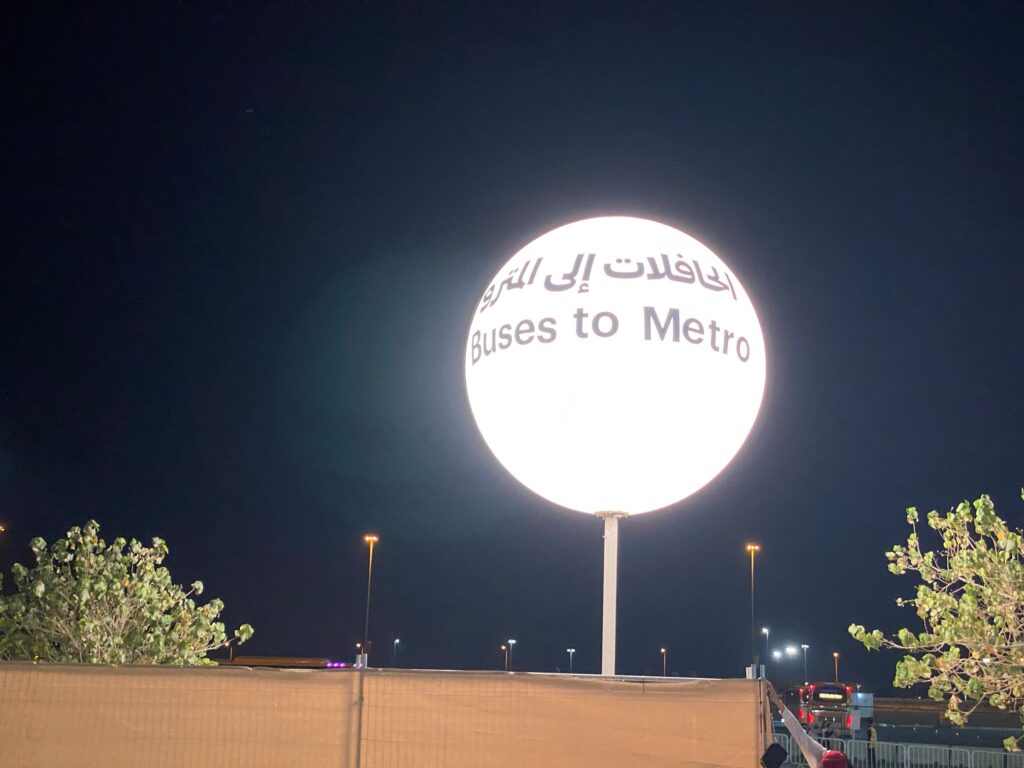 Qatar installed several large street lamps at Al Bayt Stadium as pointers towards the bus stations, after fans had complained at the opening ceremony that they had difficulty locating the buses. [Credit: Alma Milisic] 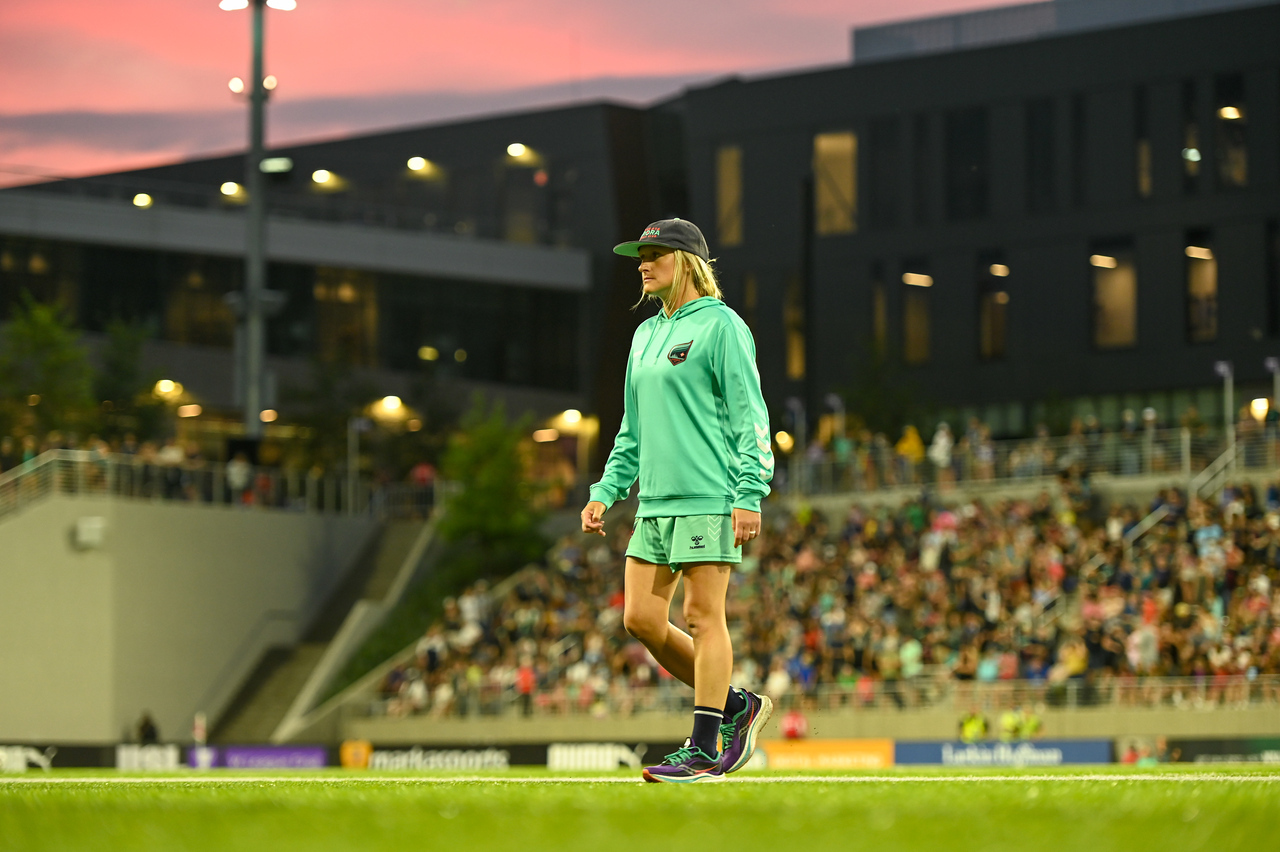 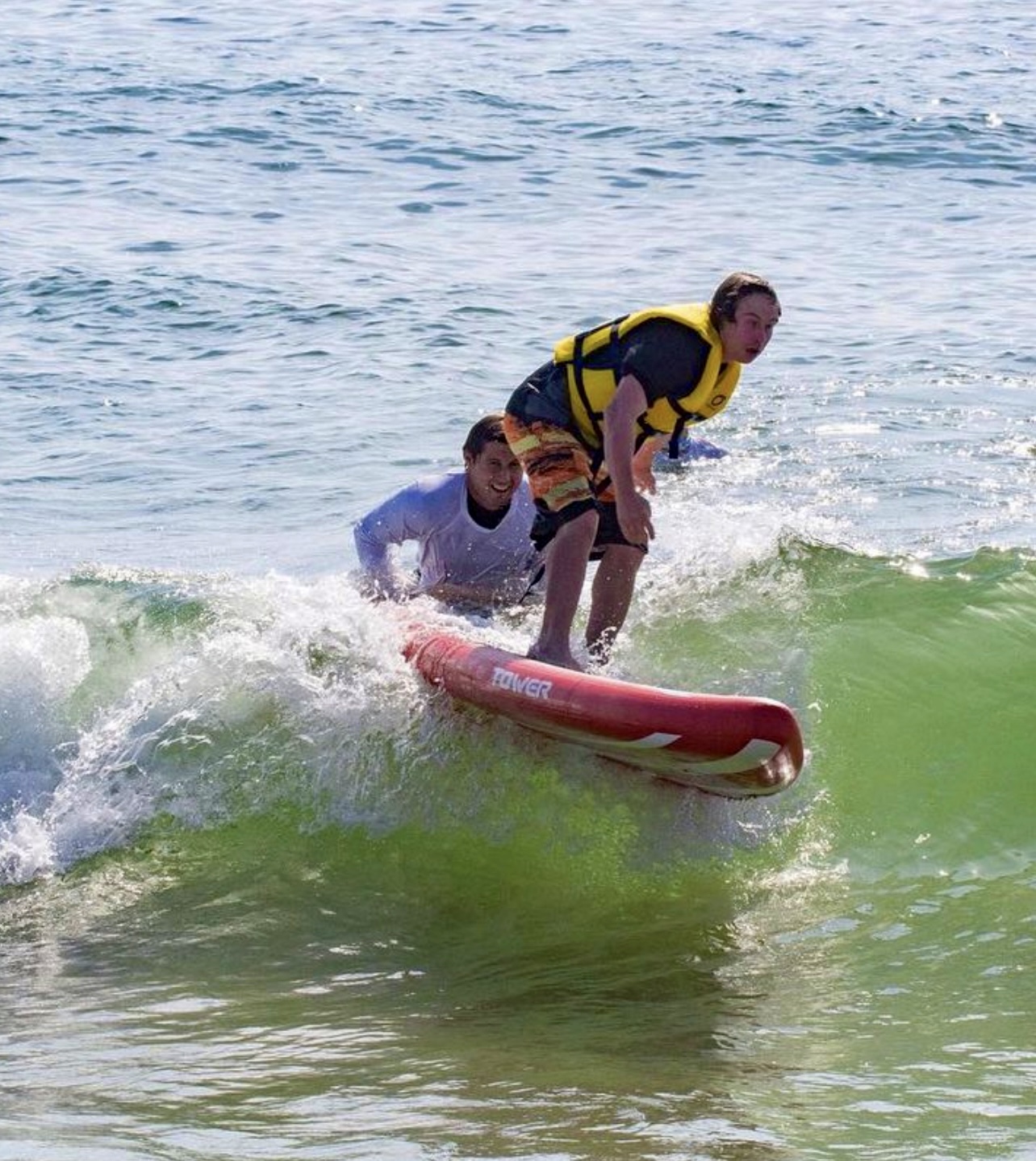