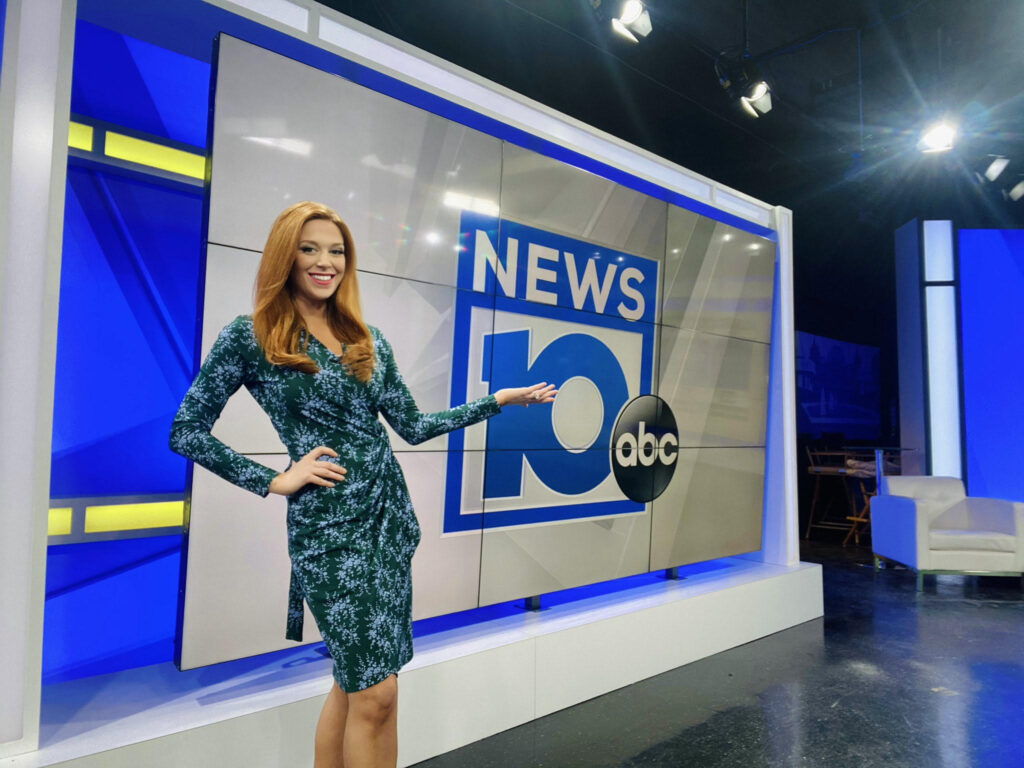 (LOS ANGELES) — Stephanie Rivas was among the first group of students enrolled in New York University’s newest graduate program, American Journalism Online (AJO), in the fall of 2019. Nine months later, she earned her Master’s and secured a coveted job for News10 ABC in Albany as an on-air anchor and reporter.

Rivas now covers everything from Governor Andrew Cuomo’s popular regular pandemic announcements to local issues like curtailed holiday celebrations and staffing struggles at hospitals. She quickly became a recognizable face of a prominent local news station — something she previously only imagined.

Originally from Key West, Florida, now a proud New Yorker, Rivas spoke to The Click about what she learned since graduating, her love for investigative reporting, and how she sharpened her passion for local news while at NYU.

You’ve said that for you, journalism isn’t a job, it’s a calling. When did you first realize you wanted to be a journalist?

I’ve been a storyteller my entire adult career, but I didn’t have the realization that I wanted to become a journalist until I was hosting and conducting interviews. I am fascinated by people and felt compelled to share their stories in the most impactful way possible. Committing to NYU made it real.

How did you know that NYU’s AJO was the right program for you?

I spent a long time going back and forth about where to apply, but after meeting with the program creator, Adam Penenberg, I knew it was the right fit. I didn’t just want a degree, I wanted to better myself as a journalist, and this program delivered.

What was the most valuable lesson you learned throughout your time at NYU?

NYU prioritized instilling the highest of journalistic standards in their students during every single class. Don’t take your role as a journalist lightly. You have an obligation to tell the truth and do the right thing to the best of your ability in every story you write.

Did the AJO professors play a substantial role in your eventual success?

One of the best things about the professors at NYU Journalism is they are actively thriving in the industry. Don’t be afraid to ask for advice from every single teacher and career advisor you can. Those discussions were vital in helping me narrow my scope and go after what I truly wanted.

How has your AJO education helped you thrive in your role at News10 ABC?

The lessons I took from NYU directly influence my work as an anchor and reporter every single day. Although I work in broadcast news, writing is still the driving force of my work, and I have the program to thank for that. One piece of advice that stuck with me is that the goal is to reach people with your work, not to impress them. Lessons like that are at the forefront of every package I create and every script I scour for mistakes or misleading anecdotes before I anchor. I’m grateful for that.

What motivates you to keep telling stories, even amid one of the most upsetting years in recent history?

It’s not an easy time to be a journalist. Some days are harder than others. However, the work has never been more critical, and I let that drive me on the dark days.

What are some of your favorite stories that you’ve produced?

My favorites stories are the ones that might touch someone’s heart, reveal hidden truths, or broaden horizons. I recently created a feature story on a local plus-size model combating fat-phobia and promoting body positivity during diet season. I also localized the impact of the 2021 NDAA by featuring a Vietnam veteran who was directly affected by eligibility expansions in the bill. Years after his time spent in “Rocket City” in Vietnam, he developed Parkinson’s-like symptoms from Agent Orange. The new legislation made him eligible for benefits at the VA. One of his buddies later told him he had learned he was also covered after seeing the story air at my station.

What’s one piece of advice you’d give to current students or individuals just starting out in journalism?

Especially for the ladies out there, trust your voice and your abilities. Find purpose in your daily grind, no matter where you’re at in your journey. Don’t ever forget that what you have to say matters to someone, even if it’s just one person.