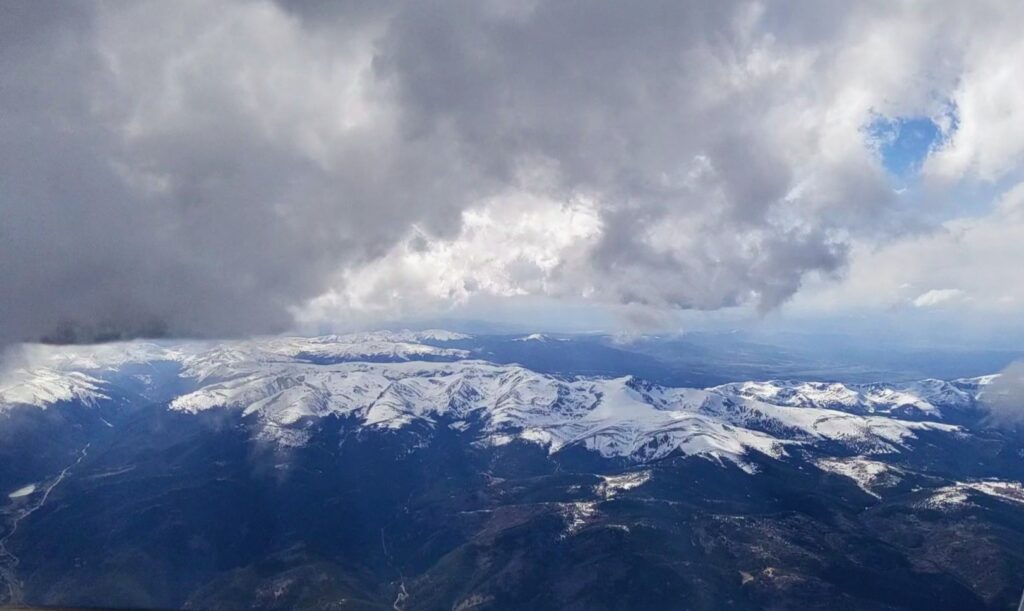 View of the Rocky Mountains from a GA flight. (Photo: Agnes Cheung)

DENVER—The United States is one of the world’s biggest markets for private and recreational flying. Recreational and private flying is also known as general aviation, or GA, and is a $219 billion industry.

The Aircraft Owners and Pilots Association (AOPA) estimates that more than 80% of the 600,000 pilots registered in the U.S. fly in GA airplanes and in 2019, the Federal Aviation Administration (FAA) recorded over 25 million hours of civilian flying.

Jonathan Hartness, a pilot by profession, explained his journey into the industry to The Click and how anyone can learn to fly an airplane in the US.

I understand that you fly airplanes for a living. What is it that you actually do?

As a corporate pilot for an aircraft manufacturer here in the United States, I demonstrate the aircraft all over the world to prospective buyers and I test aircrafts right off of the assembly line. I also prepare paperwork for and liaison with the FAA. There is an old saying, if you do what you love, you’re not working a day in your life. If I were independently wealthy, they wouldn’t have to pay me to do this. 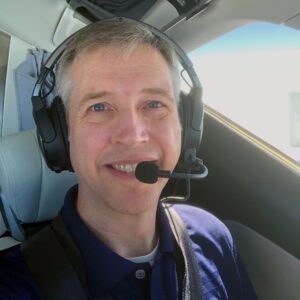 How did you first get into flying?

Traveling extensively at a young age bred a deep love of aviation in me. While I was on active duty in the Navy, I considered flying for them, but instead I went into IT for higher education. I continued flying as a hobby, then kids came and flying stopped. One day I had a crazy idea of going into aviation as a career. My wife said, “If you only have five years to live, what would you do?” So I finished up my ratings, started instructing full time and here I am.

I see a lot of private airplanes in the US, but I seldom saw them when I lived in Asia.  Why is that?

In the United States, our civilian aviation industry is unique. We are very fortunate that our airspace and air traffic control systems are designed for freedom and flexibility. It encourages commerce, flight training, tourism, and flying just for fun. Such ease of fueling and hangaring an airplane is nonexistent in possibly 99% of the world. I had to refuel in a small Russian town one very cold winter day, and we could not land before a certain time or everybody would go into Red Alert. Once we landed, no pictures were allowed. Thankfully someone spoke good English and we got the right fuel. In countries where aviation is military and commercial only, they may not allow a private aircraft to make refueling stops or unscheduled landings.

In your travels, have you come across another country that understands GA?

Singapore. Besides the beautiful Changi Airport, in the north part of the country, there is the Seletar Airport. It has a fixed-based operator (FBO) for fueling and hangaring just like in the US, which is wonderful. Some governments and private companies are seeing the advantage of GA. In the United Arab Emirates (UAE), they are setting up regional airports for private flights between Dubai and Abu Dhabi.

There is a push for more women in aviation. What do you see on the field?

Two of the best flight instructors I know are women. More women are joining the industry as pilots, mechanics, dispatchers, administrators, in-flight training, and for the airlines. They are top-notch. I highly recommend Tammie Jo Shaults’ book, “Nerves of Steel.” She was one of the first female fighter pilots in the Navy and she landed Southwest 1380 safely after an engine failure.  Looking back in history, Bessie Coleman, Amelia Earhart, and Harriet Quimby were trailblazers.

It seems daunting to go from driving a car to flying an airplane. How should one get started?

If you want to pursue aviation, go for it! Don’t let the status quo keep you from flying or fixing an airplane, operating an airline, flight school, or cargo company. Whether you are a woman or man, in any profession, talk to people in the field, get encouragement and learn how to navigate issues you experience. If you have the desire and love, you will be an amazing addition to the profession.

This interview has been edited and condensed.