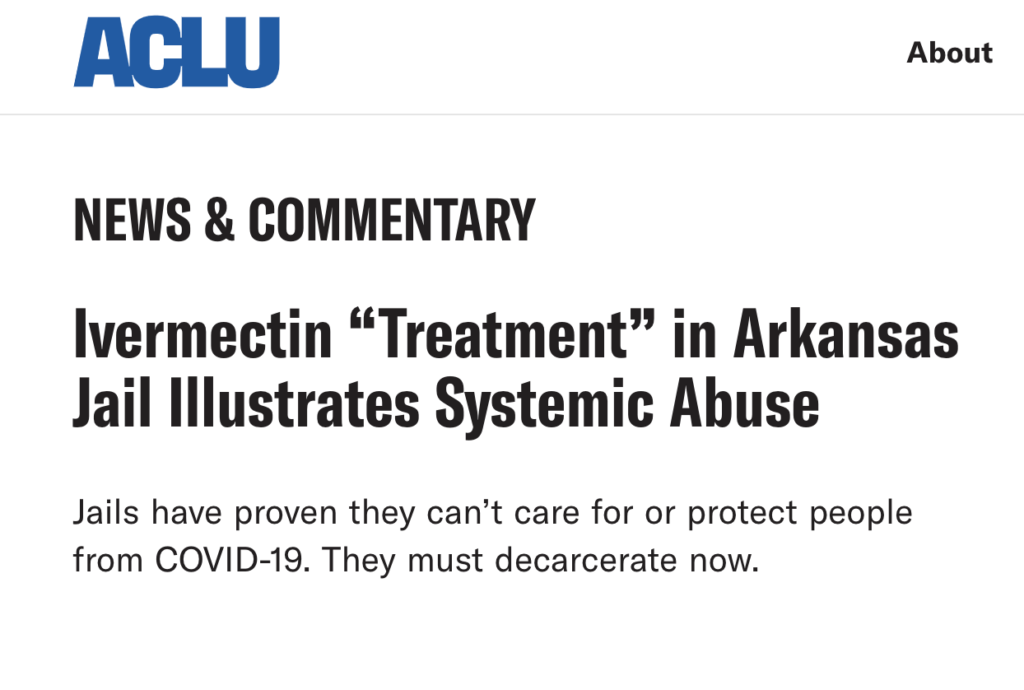 Are News Stories From The ACLU Advocacy Journalism?

A recent example of advocacy journalism was showcased in the article, “Ivermectin ‘Treatment’ in Arkansas Jail Illustrates Systemic Abuse,” reported by the ACLU. The ACLU, or American Civil Liberties Union, was founded in the 1920s to “defend and preserve the individual rights and liberties that the Constitution and laws of the United States guarantee everyone in this country.”

The article reported that COVID-19 positive incarcerated people in a Fayetteville, Arkansas jail were unwillingly subjected to being treated with ivermectin — a drug that is used for treating parasitic worms and in some instances, external parasites— from a doctor working at the Washington County Detention Center.

The story then summarizes the systemic abuse prisoners have been facing in Arkansas throughout the pandemic. For instance, the Courts in Washington County continue to set excessively high bonds for minor technical offenses, despite the evidence that larger jail populations lead to the spread of COVID-19.

This article is a solid example of advocacy journalism because it incorporates every aspect a traditional news story usually contains, while still having a clear opinion about the issue at hand. Instead of just including the most pertinent information like a hard news story would, it goes one step further. It raises awareness of the mistreatment of incarcerated people and ultimately has a clear stance on mass incarceration.

Now, despite this article having a clear bias toward prison reform, does this violate the ethical standards to which a journalist should be held? In my opinion, no. For one, this story includes examples from credible sources and trustworthy quotes from incarcerated people who experienced the mistreatment firsthand.

Second, according to the American Press Institute, “Journalism’s first obligation is to the truth.” The ACLU’s article never purposely misled the public into thinking we need prison reform in this county. It simply reported what happened in Arkansas and stated why prisons should let harmless prisoners out with facts and public records that can easily be verified; making this another example of advocacy journalism.