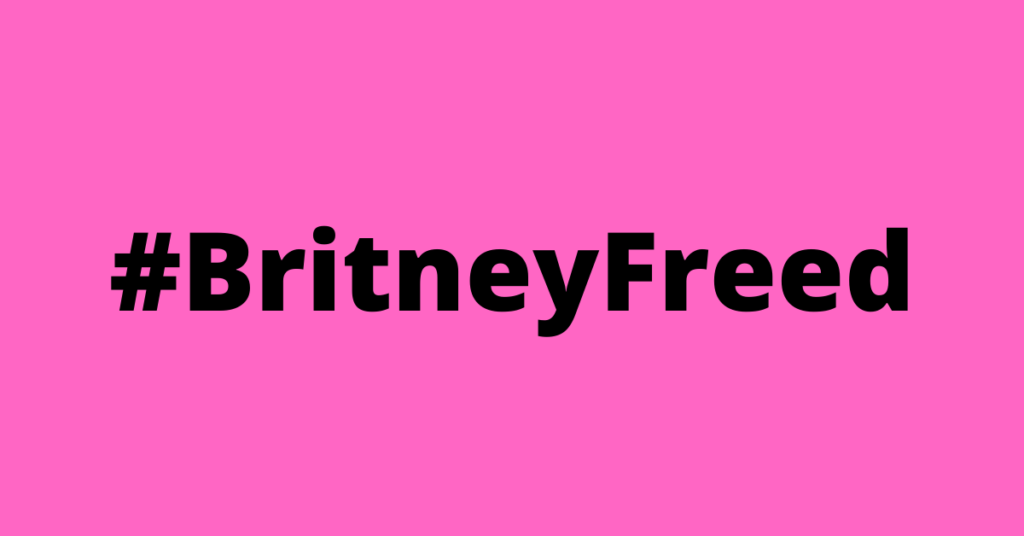 The #FreeBritney movement began in 2008 after fans learned about her conservatorship. Britney super fans Tess Barker and Barbara Gray analyzed their idols Instagram posts and discovered there was much more happening behind the scenes.

In 2017, comedians Tess Barker and Barbara Gray launched their podcast, “Britney’s Gram” where they humorously dissected Britney Spears’ Instagram posts. On the surface, there was nothing special about Spears’ Instagram account. As Gray put it in an LA Times interview, “She’s basically posting memes that your aunt would post on Facebook, but it’s Britney Spears.” Both Barker and Gray grew beyond their comedic take on seriously discussing Spears’ sometimes cryptic Instagram posts and started reporting on the complex legal challenges she faced, covering what was happening in the courtroom regarding their idol’s conservatorship hearings and relayed that information to fans. Though they were not the first to use the #FreeBritney hashtag, the duo is largely credited with sparking the movement. The question is, are Barker and Gray citizen journalists?

The question almost seems silly given America’s obsession with celebrity culture and gossip. It would be easy to dismiss their podcast as another fan-obsessed show that is destined to podfade into obscurity but the show grew into something much more than its creators’ original vision. Both Barker and Gray were aware of their idol’s legal challenges and the conservatorship she had been placed under in 2007—they had read the New York Times article questioning the necessity of the conservatorship. What they did not understand back then was how complex the case was, its implications for mental health care, how entertainment reporting is done, and how those flaws in the legal system affects everyone else.

Barker and Gray found Britney’s Instagram posts strange. In one post, she makes a comment, “Let me go shopping and no one dies.” It was surprising and humorous but also concerning that a rich and famous musician seemed begging for permission to go out. The podcast hosts began to wonder if there was something deeper and whether the implied lack of freedom was related to the conservatorship.

Over time, both hosts focused less on dissecting Instagram posts and started attending their idol’s conservatorship hearings in LA. Probate law can be complex and instead of reporting what took place, or who took the stand, Barker and Gray analyzed what it all meant—they talked to probate lawyers, civil rights attorneys, and disability rights advocates. It turns out that what was happening to Britney had implications for all of us. We could lose our autonomy because of one mental breakdown.

Conservatorship is often seen as a nuclear option, only used when a person can no longer make decisions regarding their own well-being. But what happened to Britney did not happen overnight. Barker and Gray analyzed how the star was covered by the press from the beginning of her career to her eventual mental breakdown in 2007. Not surprisingly, the press had a role to play and both hosts highlighted the sexism and misogyny in their reporting.

Barker and Gray did not just report on what was happening in their idol’s life. They added context and analysis to explain what happened and why it matters for everyone. They used their position as Britney Spears superfans and the resources that come with it to report on the experiences of the people who idolized this pop figure. And they did this independently, on their own, without the support of a news organization. That makes them citizen journalists.