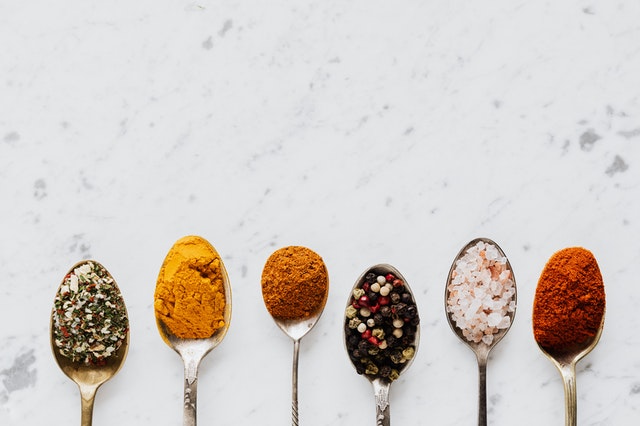 (DENVER) — Julian Solomita, the host of Aries Kitchen Live, has a lot going on.  As he cooks, he live streams what he is doing all the while reading and responding to chat comments from his audience.

Tonight is the Season 1 finale of the show after running live on the digital platform Twitch for nine episodes. To go out on a sweet note, Solomita is frying up some gluten-free Boston cream donuts and vegan Baileys.

Starting with already prepared dough, Solomita tells the audience, “I’m gonna be careful not to overwork it because it’s gonna be sensitive, gluten-free dough. We don’t have gluten, which is basically the only thing you need for baking. So we are handicapping ourselves pretty severely here, but that’s fine. We’re used to it.”

Solomita started as a radio host and applied his on-air skills when he began creating vlogs and travel videos. About two years ago, he knew he needed a change which he explained in a video and podcast a year earlier. He made a cooking video and called it Aries Kitchen after his zodiac sign. Aries are known to be a sign ruled by Mars, the god of war, and it’s little surprise that Rams are known for being brave and tenacious, and Solomita is just that. After uploading his first episode, the show took off. He never thought he would end up making food content but said in an interview with Inked Magazine. “I’m happy it’s where I ended up… I’m a minor-league chef, and I’m okay with that.”

With the pastries all cutout and so that the dough can rise one more time, “Now, chat, I’m gonna need you to set a timer in chat, okay? Set if for, oh, thirty-five minutes. ” Solomita asks, even though he doesn’t trust them. “I’m giving you five,” replies one of his viewers which then Solomita fires back with, “I don’t trust half of you with the time, but you know we’ll see. Maybe some of you will be helpful.”  To fill this time, he starts to create his vegan version of Baileys. He combines coconut cream, vanilla, brown sugar, cocoa powder, instant coffee, and to pull it all together, a cup and a half of Jamison in a blender. With a quick blend then poured over ice, it’s a strong drink but just as good as the real thing.

Solomita eliminated gluten from his diet in his early 20s after being diagnosed with celiac disease. Later, he and his partner Jenna Marbles, a well-known YouTuber, adopted a vegan diet to help other health issues.

With his cocktail ready and waiting, it’s time to fry. Carefully dropping the first dough in, he pleads for it to puff up like it’s supposed to. It only takes a moment for it to start expanding, and Solomita is ecstatic.

Now that the dough is off to the side and cooling, it’s time to make the filling. “It’s custard time!” Solomita announces.  Only he does not seem sure where to start and asks the chat, “How do I even do this?”  It turns out he’s not as naive as he claims to be. He pulls out his prepared ingredients of plant-based butter, oat milk, sugar, the slurry of cornstarch and water, and coconut milk. Bringing everything to an easy simmer, it begins to thicken. Once the custard has cooled, Solomita carefully pipes it into the middle of the pastry,  creating a dish most would struggle with even without the dietary restrictions.

Solomita launched his show long before the world was turned upside down by the coronavirus, and when it arrived, he rolled with the punches. The first episodes were remotely produced by his best friend Will Shahan, who joins Solomita on set for the final episode. Solomita thanks all of his team for their hard work and the viewers who came back to watch just a little bit of chaos.

“This wasn’t easy, and I definitely didn’t do it perfect, but alright, chat, we did it to ’em. We absolutely did it to ’em.” A phrase that has become Solomita’s kitchen catch prase. Check out Aries Kitchen Live on Twitch or the filmed episodes on his YouTube channel.