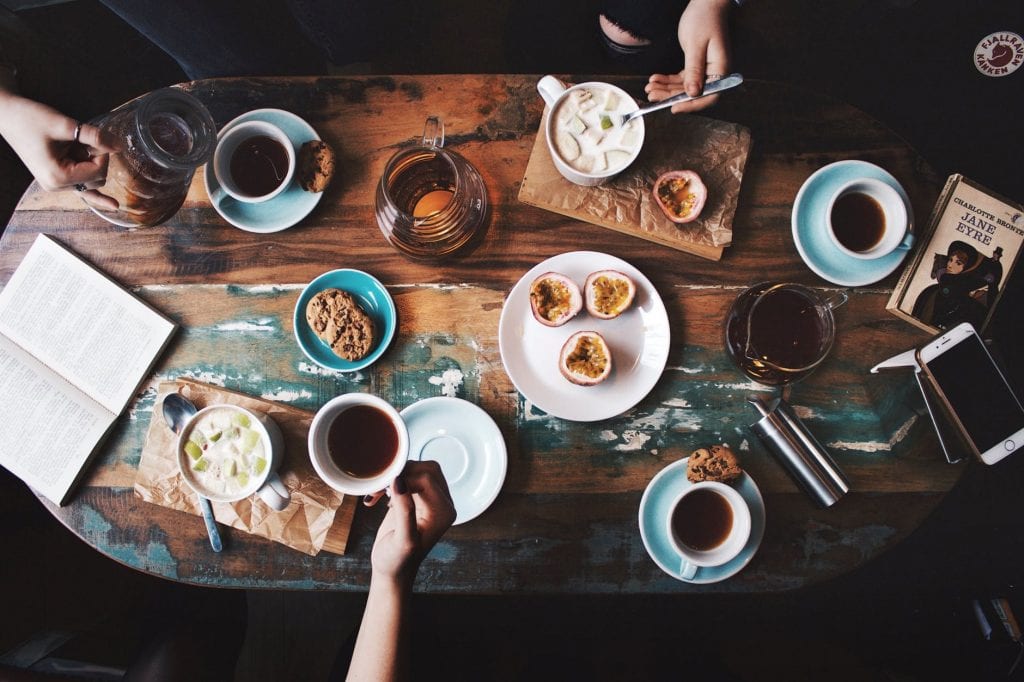 At Death Cafes, Strangers Gather to Discuss Dying and Loss

In cultures around the globe, topics on death and end-of-life care can be uncomfortable or even taboo. There is a movement to make the topic of death more approachable—and it takes place over tea and desserts.

“One popular argument is that if we can talk about death openly, we may then be able to influence how and where we are cared for and die, through advance care planning,” argues Brian Nyatanga in the British Journal of Community Nursing.

In 2011, Jon Underwood held the first death cafe at his home in London, inspired by “cafe mortels” proposed by anthropologist Bernard Crettaz. With the help of his mother, Sue Barsky Reid, a psychotherapist, Underwood founded a movement. Since 2011, death cafes have reached 65 countries and nearly 100,000 participants, according to death cafe organizers.

They have even been adapted into healthcare training, according to a report from Johns Hopkins University, published in the “Journal of Palliative Medicine.” In this instance, students from multiple disciplines gathered to discuss death and dying with peers and other healthcare professionals. The study found that forums such as death cafes may be worthwhile offerings for institutions interested in offering additional learning opportunities on “palliative and end-of-life care in a supportive and enabling context.”

The movement is a social franchise, the official website explains—those who sign up to be guides use the founding principles to host events, use the term “Death Cafe” and speak as an affiliate. The principles are pretty simple, explains Lizzy Miles, the first person to host a death cafe in the US. She outlined the criteria in an article in “OMEGA – The Journal on Death and Dying.”
“The original promotion for the first Death Cafe in the United States defined a Death Cafe as ‘a pop-up event where people get together to talk about death and have tea and delicious cake,’”

Miles explains in the article.

The principles include hosting a non-profit event; making it accessible and confidential; hosting without intention of leading people to a conclusion or action; and always accompanying the discussion with drinks, food, and cake.

Justin Magnuson, who coordinates several programs centered around the care of older adults for the University of Louisville’s Trager Institute (formerly the Institute for Sustainable Health & Optimal Aging), has hosted four death cafes in Louisville, Ky.

“As a host, it’s really given me a lot to think about,” says Magnuson. “But it’s also made me much more comfortable being uncomfortable.”

Magnuson first took an interest in the topic after becoming his grandmother’s healthcare surrogate at 25 years old, and was faced with navigating the end of her life. Later, he became a hospice volunteer and realized that many people enter hospice care too late, in part because they were not having conversations about care or end-of-life planning. After this realization, he began researching and found that death cafes were happening across the country.

Magnuson’s experiences led him to host a series of events in Louisville called Before I Die Fest, which covered a broad range of information, from burial options and advance care planning, to grief and bereavement — experienced through movies, poetry, art, writing, and other forms of exploration. In that way, death cafes can be a springboard into other important conversations that can go unaddressed.

On the gatherings themselves, Magnuson thinks that the optimal group is 10-15. And attendees may not be what you’re picturing: the average age for Magnuson’s group is 25 – 40 years old, with the occasional older adult. At the beginning of each cafe, Magnuson invites guests to share their name and interests to spark the conversation.

Speaking about death can be hard, Magnuson explained, because you often don’t know where the audience is coming from — some may have had a recent loss, or found out about an illness. Others may interpret the space as grief counseling, for which it is not well-suited.

“It is a place for people to explore how to incorporate the concept of death into their lives,” summarizes Magnuson. “And to recognize that other people have had experiences and thoughts about this as well.”