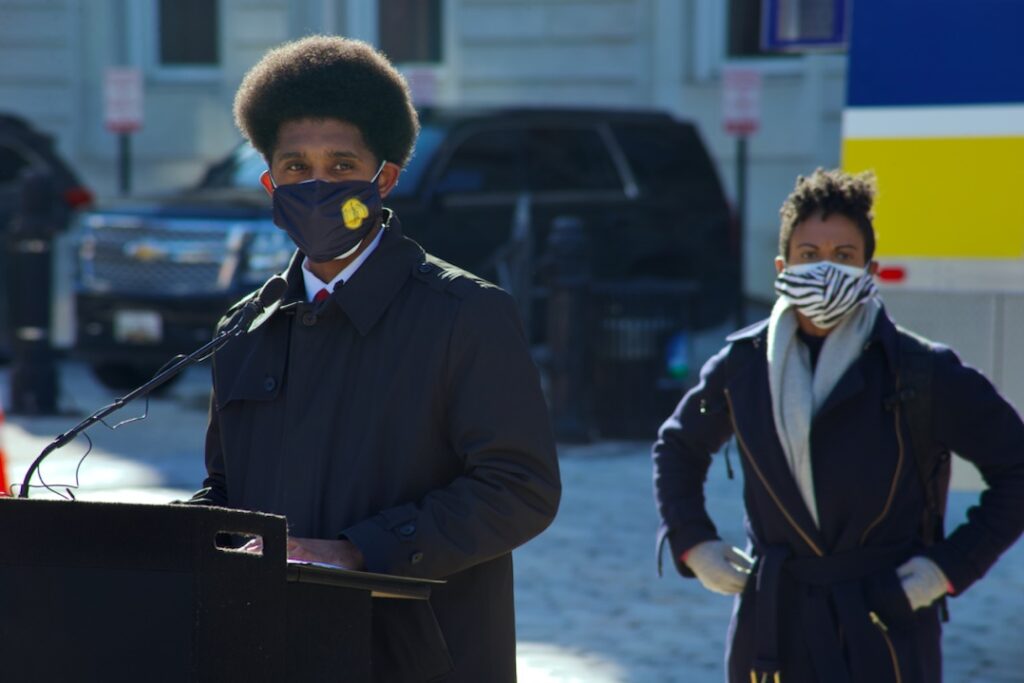 (BALTIMORE) — City agencies in Baltimore are teaming with universities, houses of worship, and public health providers to address coronavirus-vaccine access and resolve the public’s lack of confidence in the new treatment.

The initiative involves a series of listening sessions and educational campaigns as part of a city drive to get all 576,000 residents vaccinated.

“Forging new partnerships that lead to innovation in outreach and education are a major step in this critical fight to understand access issues and to address vaccine hesitancy among different segments of our population,” Mayor Brandon Scott said in a press release obtained by The Click.

The program was set to launch on February 12, though no additional information has been released as of press time.

Universities in partnership with the program include Morgan State University, the Maryland Institute College of Art Center for Social Design, and the Johns Hopkins Bloomberg School of Public Health’s International Vaccine Access Center. Specific faith-based collaborations have yet to be announced.

Baltimore’s new outreach project comes as city data shows low vaccination rates for its black-majority population. Black residents account for 62% of all COVID-19 cases, yet just 4.8% have received their first dose. Latino Baltimoreans are seeing a similar trend. They account for 5% of the city’s population but make up 11% of total cases. Only around 5% of Latinos have taken the first dose.

In Baltimore, like much of the country, healthcare workers and experts connect this disparity to high levels of vaccine hesitancy among Black and Brown communities.

“I do think people of color are more reluctant to get the vaccine. And for those that are considering, most patients have said things along the lines of ‘I want more people to get it first,’” Brandy Coates, a registered nurse at Sinai Hospital of Baltimore, told The Click.

Coates believes this skepticism comes from the public’s limited knowledge of how the vaccine works. She hopes the city’s new initiative is a step in the right direction, although she has doubts it will fully persuade those who remain unconvinced.

“An interactive program may sway people who are on the fence, but I think people who have made their minds up about not receiving the vaccine are unlikely to have their minds changed at this time,” she said.