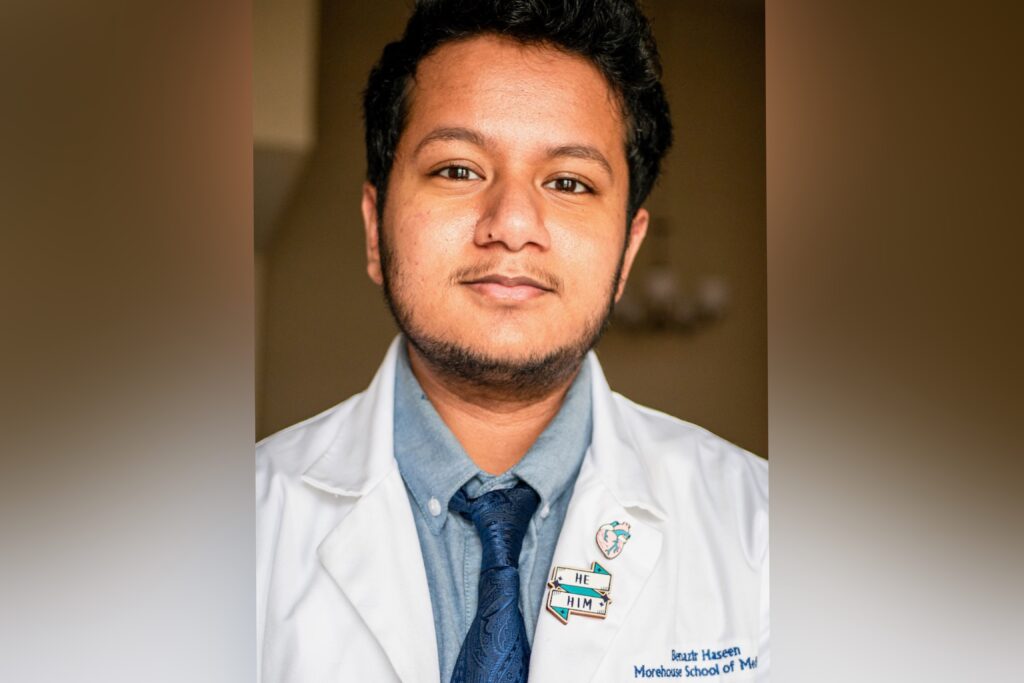 (ATLANTA) – Ben Haseen is all too familiar with the stress of a doctor’s visit.

As a trans man, he’s aware that what might be an unexceptional errand for some people can turn into an anxiety-inducing event for members of the trans community. Haseen, however, is training to be a doctor — and these concurrent viewpoints are at the core of a YouTube channel he’s run since 2018 to address crucial issues around transgender healthcare.

“As someone who reads medical literature and reads medical journals about trans health, I can make it accessible to anyone who wants to access that information,” he said.

Haseen said he started his YouTube channel because he believed the few videos on the platform about these topics often relayed inaccurate or outdated information.

“I don’t blame the trans YouTubers for doing that. I mean, they have very limited information coming to them,” Haseen said. “They’re just trying to educate other trans people, because there’s so little accessibility to healthcare knowledge for just trans people.”

Haseen is currently a physician in training at Morehouse School of Medicine in Atlanta. While he is careful to disclaim that his videos are not intended as medical advice, he uses his platform to encourage viewers to think more deeply about transgender health in general. 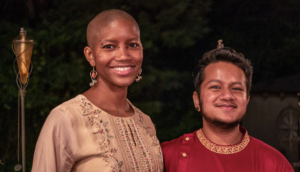 In a recent YouTube video titled “Awkward Moments With Doctors,” Haseen is joined by his partner, Dandelion Prinsloo, who also identifies as transgender. Haseen’s charismatic smile and Prinsloo’s witty humor lighten the mood, as the couple recounts a myriad of unpleasant past encounters with healthcare providers who were inadequately trained in caring for transgender patients.

However, Haseen’s channel is not purely informational, as it also includes videos documenting his own life and experiences. Haseen and his family are originally from Bangladesh. Growing up, he didn’t have any transgender role models that he could relate to, he said. Haseen hopes that being transparent will allow him to connect with his audience on a deeper level, especially with those who come from similar cultural backgrounds.

“There is a lot of content on YouTube now of people documenting their transition. But what I didn’t see is that someone that looked like me, someone who’s South Asian,” Haseen said. “I wanted other Asian trans people to know that there are open Asian trans people out there that they can look up to and they can reference when they’re going through their own changes.”

Prinsloo told The Click that Haseen showcasing his personal life is not only important for connecting with his viewers, it’s also a form of activism.

“Vulnerability is a tool of resistance. It’s a tool of transforming the platforms so that more people like him, and me, and you, and whoever, can feel more welcome presenting themselves authentically,” they said. “So the fact that he is making himself seen – It’s not just an act of vulnerability, but it’s an act of radical vulnerability.”

Offline, Haseen has become a figurehead in Atlanta’s LGBT community, where he works to advance transgender health issues in his professional life. In December 2019, Haseen published a study in the Journal of Lower Genital Tract Disease that looked at the disparities trans men face in receiving healthcare. He found that only 29% of surveyed OBGYNs felt comfortable treating trans patients, a statistic he’s trying to change. On May 14, Haseen is scheduled to give a presentation on transgender healthcare ethics to practicing physicians at Emory School of Medicine.

After medical school, Haseen plans to specialize in primary care and continue his work as an activist and content creator on YouTube. While he intends to remain vocal in his advocacy, he stresses that there is still need for support from allies outside the trans community.

“Although America has made a lot of strides when it comes to LGBTQ visibility, and having given us certain rights, there’s still a lot of work that needs to be done,” Haseen said. “There’s not enough of us to do the work ourselves. We need allies. Allies are incredibly important for us to stand up for us to defend us when we have adversity.”