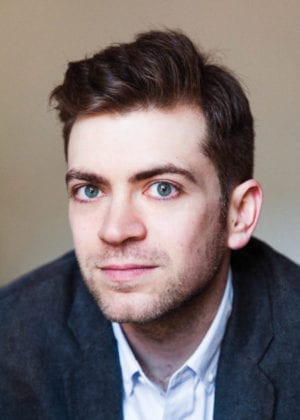 Case Study: Ben Mauk Reports from ‘The Pole of Inaccessibility’

NEW YORK – Ben Mauk reported on Khorgos, Kazakhstan in a January 2019 cover story for The New York Times Magazine. His article, “The Trillion Dollar Nowhere” profiles the Kazakhs swept up (or left behind) in the effort to make Khorgos a land-locked Dubai.

In an interview with The Click, Mauk explained how he found, pitched and reported the story for the magazine.

China is building the largest infrastructure project the world has ever seen. It’s a network of railroads, highways, and waterways that extends throughout the world, connecting China with access to goods and markets throughout Asia, Europe, the Middle East, Africa, and Australia. The Belt and Roadway Initiative (BRI) is so expansive it currently includes 68 countries, comprising two-thirds of the world’s population.

Mauks’ reporting focused on the “belt” portion of the BRI named the Silk Road Economic Belt, which connects Beijing with the markets of Europe via thousands of miles of high-speed rail lines crossing Central Asia. This rail line resurrects the ancient Silk Road that once carried Chinese silks and teas to the markets of Europe from the 10th-14th Centuries. China intends this overland rail line to push Chinese goods to European consumers at a rate that is cheaper than flying and faster than shipping, Mauk reported in “The Trillion Dollar Nowhere.”

On the border of Western China and Eastern Kazakhstan is a town called Khorgos, located at the Pole of Inaccessibility, the furthest point on earth from the sea. Khorgos is a central hub on the Silk Road Belt straddling China with Kazakhstan. It is a dry port and free trade zone, where shipping containers are transferred before speeding along a network of rail arteries. Mauk traveled to Khorgos during his three-week reporting trip for The New York Times Magazine.

Mauk came upon the idea for the story when he realized the existing reporting on the BRI examined it from an economic and labour perspective. Mauk said the coverage seemed to be completely disconnected from real people –almost as if an actual invisible hand were building the railroad. “What existed was this business-focused coverage – what the BRI would do for GDP and how it was going to increase trade,” Mauk said. “Basically what I am looking for is a human element for a story.”

Mauk teaches a class called “How to Pitch Stories” at the Berlin Writers Workshop, an organization he co-founded. He has a clear ability to latch editors onto stories from remote and often unheard of regions, which is a draw for the class.

Mauk explained his pitching strategy is comprised of three key factors. First, editors love a superlative. Any story that is about the most, the furthest, the last, the longest, the only (you get the idea) will help galvanize the pitch.

“Khorgos had this clear hook, which is that it’s located at the “Pole of Inaccessibility,” which is right at the point that is farthest from a body of water on the planet,” Mauk said. “As soon as I heard that I knew that’s a hook that can go in the pitch that can go right at the top.”

Second, Mauk explained, a strong pitch links a story with a larger geopolitical issue a Western audience is already tracking. While an American audience probably has not heard of Khorgos, the dry port’s role in China’s Machiavellian plan for world dominance will pique interest. “It is easier to sell an editor on a story that has the word “China” in it than a story that has the word “Kazakhstan” in it,” Mauk said.

Third, and most importantly according to Mauk, a successful pitch requires you to know not only what the story is, but who it is about. “A common misconception of pitches that don’t quite hit the mark is that they have a subject but not a story,” Mauk said. “I don’t pitch a story until I know who it is about, and until I can describe the human beings at the heart of that story.”

Mauk started his three-week reporting trip in Almaty, the capital of Kazakhstan, where he interviewed economic and political experts on background. Next, he spent the remaining time in Khorgos and Zharkent, a trading city and residential community adjacent to Khorgos.

Mauk said he didn’t have trouble with Kazakh government minders given his reporting touched on China’s human rights abuses in Xinjiang, the region directly across the border from Khorgos in China. Many ethnic Kazakhs have been detained without trial in Xinjiang and seek asylum in Khorgos, Mauk reported in “The Trillion Dollar Nowhere.”

“Kazakhstan was quite open in that respect,” Mauk added. “We ran into these guys who ran a trucking company who drove us to a different part of the border and explained how the historic smuggling between China and Kazakhstan worked. All these things were really valuable and it was only possible because we were free to roam around.”

One of Mauk’s delightfully dark-humored characters in “The Trillion Dollar Nowhere” is a Kazakh fur saleswoman named Zhannur Erkenkyzy. Erkenkyzy worked in the International Center for Boundary Cooperation (ICBC) the visa-free duty-free special economic development zone. Khorgos is the first of China’s special economic zones to extend outside of China’s borders to include ICBC in Kazakhstan, Mauk reported in the “Trillion Dollar Nowhere.”

Erkenkyzy commuted from the Kazakh to the China side of the ICBC on a daily basis.  Mauk used the interview with Erkenkyzy to describe how the special economic zone has become synonymous with corruption and smuggling while injecting his characteristic human-driven reporting.

Quoted from “The Trillion Dollar Nowhere:”

“The time involved in crossing the unpredictable border meant that the job occupied most of her waking life, of which one highlight was catching thieves. ‘When we see a shoplifter, we put on red armbands and beat them with sticks,’ she said excitedly. Abaiuly [Mauk’s state-assigned guide] interrupted, whispering in low, snappy Russian: ‘Why are you saying such nasty stuff about us to the reporter?’”

Mauk’s reporting is brilliant for these sardonic moments. He selects a dry labour subject halfway around the world expands it to reveal the cast of witty, dark, flawed, and hopeful humans behind it.

He said he continuously rolled interview tape to capture these side moments occurring outside the formal interview when the subject was speaking in Kazakh or Russian.

Mauk’s reporting expanded during his reporting trip from his original pitch to a much wider story. “The structure for the story we’re talking about was not apparent to me when I was pitching it,” Mauk said.

Where his pitch began as profiling a traditionally nomadic economy converting to a dry port, the final story included a far more expansive portrait of Khorgos, including an asylum trial, smuggling, corruption, and the tension created by weighing Kazakh interests with China’s.

“The way in which I devised to tell this story was sort of travelogue in which each of the five to six sections profiled one character who illuminated a different aspect of this kind of a larger very nebulous phenomenon,” He said.

In the end, I asked Mauk if he thought the BRI was indeed the future. “Is the BRI going to be the magic bullet for Central Asian economies? It seems pretty unlikely to me,” Mauk said.