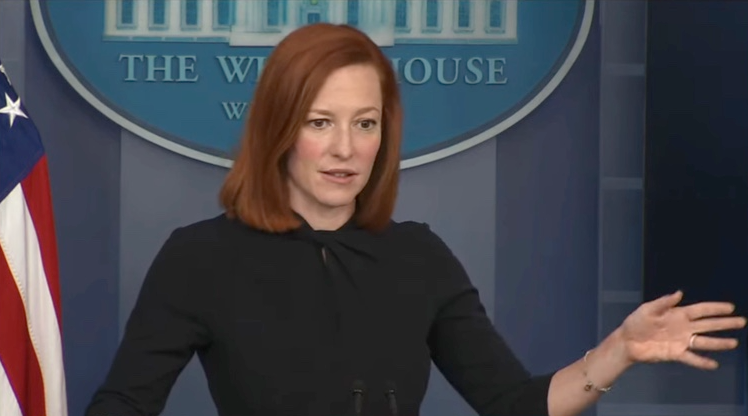 The Biden Administration responded on Thursday to Republican criticisms of the infrastructure plan that President Joe Biden put forward in Pittsburgh on Wednesday.

White House press secretary Jen Psaki characterized the bill as a “once-in-a-century capital investment in America,” noting that the bill would address infrastructure needs and “invest in manufacturing, research and development, and the care economy,” “do more to compete with China,” and rebuild the economy and create jobs. However, Senate Minority Leader Mitch McConnell (R-Ky) told reporters in Kentucky that in his view the bill is “the wrong prescription for America.”

Attempting to counter McConnell’s vow to reporters in Kentucky that the bill “is not going to get support from our side,” Psaki cited a Morning Consult poll of American voters finding that some aspects of the proposal enjoy support not only from a majority of Democratic voters, but also from a majority of Republican voters.

Republican leaders are particularly opposed to the part of the proposal that would pay for the spending by raising corporate tax rates to 28% from the 21% rate set under the Trump administration.

Following the Biden Administration’s announcement of the proposal on Wednesday, former President Trump characterized the proposal as a “classic globalist betrayal” of America, “by Joe Biden and his friends,” claiming that, “under Biden’s plan, if you create jobs in America, and hire American workers, you will pay more in taxes—but if you close down your factories in Ohio and Michigan, and move all your production to Beijing and Shanghai, you will pay less.”

At the press conference Thursday, Psaki said “What we’re talking about is raising [the corporate tax rate] to 28%,” which “is lower than it has been through the majority—the vast majority—of time over the last 70 years,” calling it, “an incredibly reasonable proposal.” She also challenged Republicans that if they, “don’t want to raise the corporate tax rate,” then they need to identify alternatives. “We’re happy to hear those proposals.”

Republicans, however, are not just opposed to the revenue side of the proposal. They are also opposed to much of the spending side. They fear that the proposed bill might be a Trojan Horse—as McConnell characterized it in a speech to the Senate on Monday—for long-standing Democratic social welfare and environmental policies. Psaki responded to these concerns by noting that “there are a lot of areas of agreement” and promised that “the President will certainly be inviting Republicans and Democrats here to the Oval Office to have discussions and meetings about the path forward to hear their ideas.”