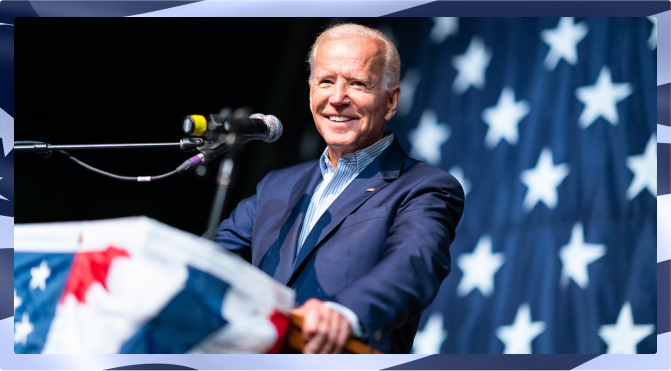 Joe Biden’s visit to Central Florida was an attempt to rally up Latino support. [Credit: JoeBiden.com]

Joe Biden’s visit to Central Florida was an attempt to rally up Latino support. [Credit: JoeBiden.com]

(KISSIMMEE, Fla.) – Joe Biden recently made his first trip to Florida as the Democratic presidential nominee, aiming to gather support from the state’s large and diverse Latino community.

The former vice president visited the Osceola Heritage Park in Kissimmee on Sept. 18 for a Hispanic Heritage Month celebration and to announce his plan for rebuilding Puerto Rico, the U.S. territory that was shattered after Hurricane Maria struck the island in 2017.

For Dylan Hall, Florida Students for Biden campus captain, Florida is the ultimate swing state in this race.

“While Donald Trump can have his affluent boat parades across the state, Joe Biden is talking about the issues that actually matter to Floridians,” Hall said. “Biden knows that Floridians will play a key role in deciding this election and he is coming directly to us to make his case.”

Biden made it clear that he thinks the state’s growing Puerto Rican community, especially around the I-4 corridor, is important to his election.

“The Hispanic community, Latino community, holds in the palm of their hand the destiny of this country,” Biden said.

Biden opened the event by pulling out his phone and saying, “I just have one thing to say,” before playing Fonsi’s hit song, Despacito, right into the microphone while bobbing his head back and forth to the musical tune.

Hall expressed how there is a clear need for those running for the highest office in the land to reach out to Latinos.

“I do believe that Hispanic Americans are the demographic group,” Hall said. “Joe Biden and his team need to do a lot more to appeal to the community between now and election day.”