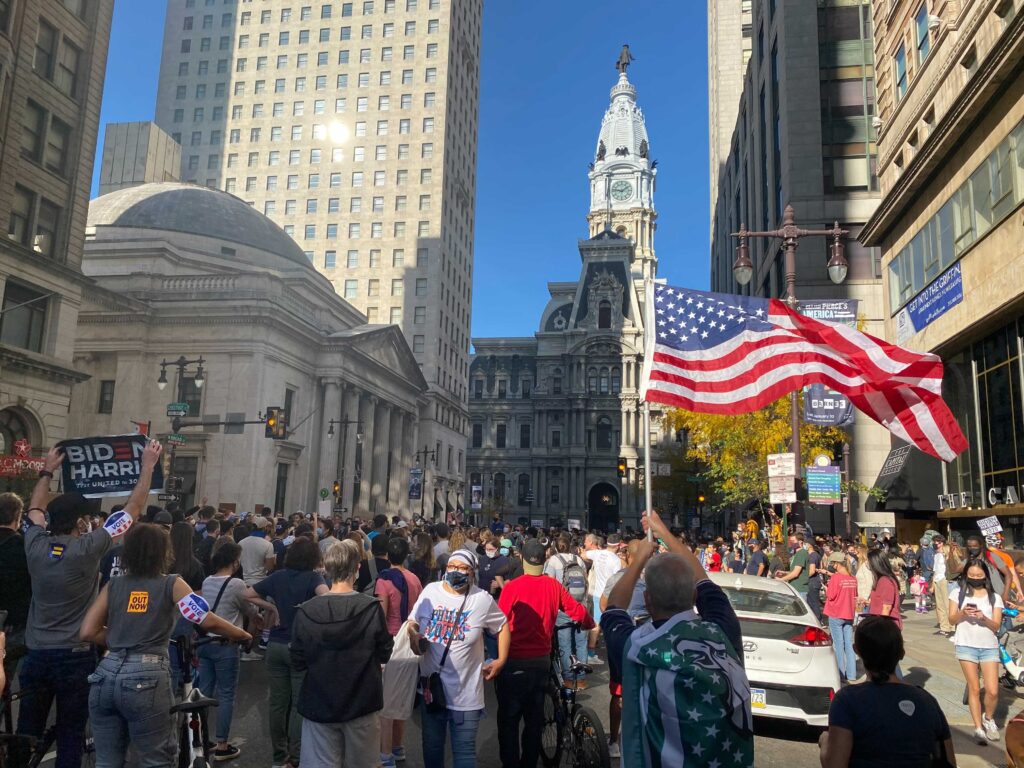 Joseph R. Biden Jr. has surpassed the 270 electoral college votes needed to secure the election after the Associated Press declared him the winner around 8:30 am Saturday. Other news outlets followed suit over the course of the morning (although Business Insider was the first media company to make the call for Biden on Friday morning).

Final vote count is expected to continue, but the inclusion of Pennsylvania means the incoming 46th president of the United States won 279 electoral votes, while incumbent President Donald Trump sits at 214 electoral votes as of press time.

In a statement posted to his campaign website, Biden said, “I am honored and humbled by the trust the American people have placed in me and in Vice President-elect Harris… With the campaign over, it’s time to put the anger and the harsh rhetoric behind us and come together as a nation.”

This was a record-breaking election, with over 160 million votes and the highest voter turnout in 120 years. Biden secured critical wins in Wisconsin, Nevada, Michigan, and Pennsylvania, the latter long considered to be the most critical of this year’s swing states. As of press time, Arizona, Georgia, and North Carolina were still considered too close to call. 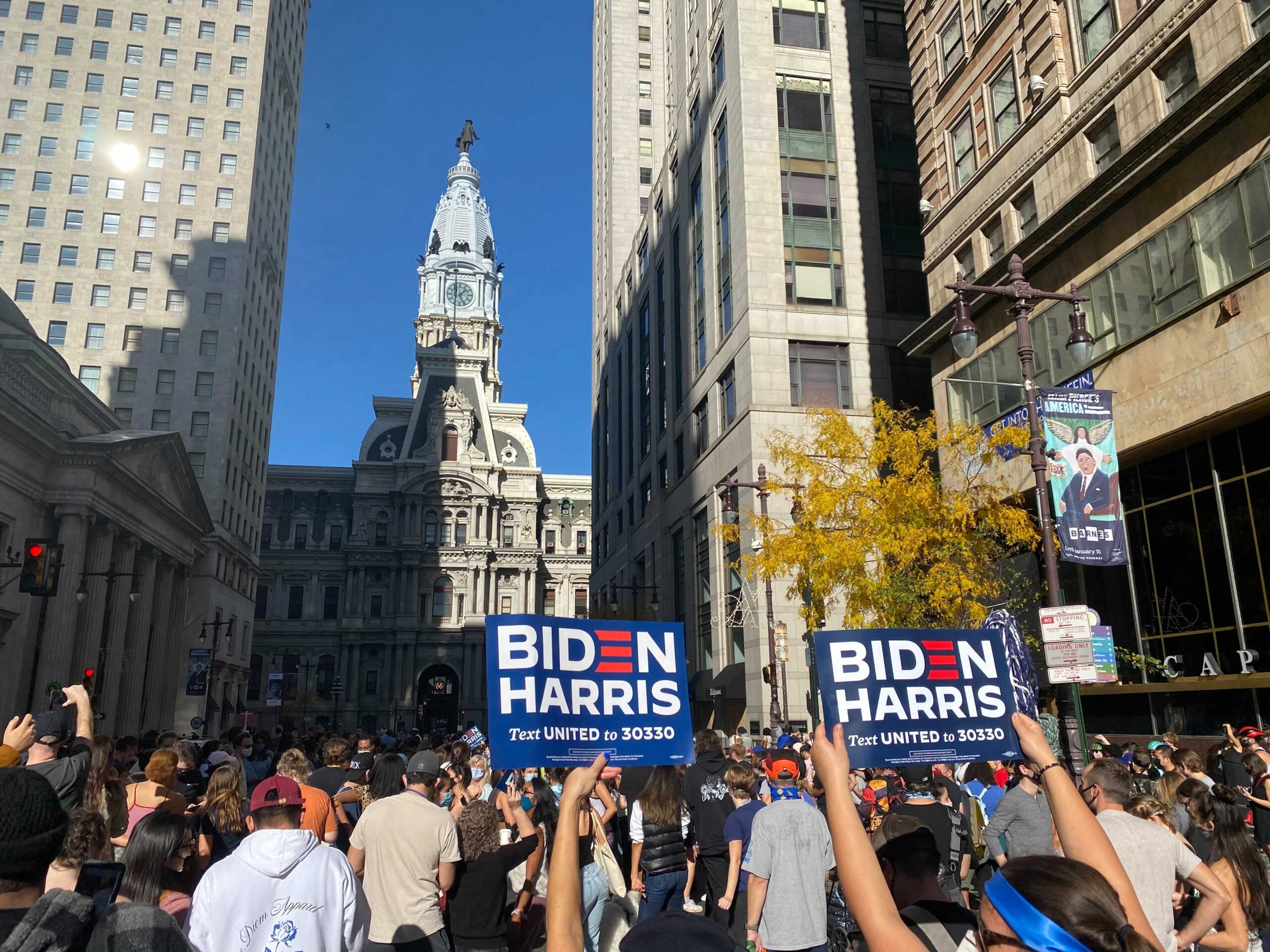 With over 74 million votes (and counting), Biden has received more votes than any candidate in American history. He is also the first president-elect to unseat an incumbent in 28 years.

Pandemic-driven early voting, which included mail-in ballots, was key to the Biden-Harris win. At least 101.9 million Americans voted early, which was twice the number of early votes in 2016 (and about one-third of the total U.S. population). According to data from the U.S. Elections Project, over 65 million voters submitted mail-in ballots.

Biden’s win was announced against the backdrop of a global pandemic (with the loss of over 237,000 American lives), a tanking economy, rampant civil unrest, a reckoning over racial inequality, and a deepening polarization between political parties. COVID-19 cases hit an all-time high of over 132,000 infections on Friday, with over 1,000 deaths four days in a row during this election week.

Of recounts and lawsuits

Even though Biden surpassed the 270 pledged electoral votes needed to win, counting continues in many states. The Electoral College meets on Dec. 14 to officially cast their ballots for the next president.

Contested results and legal challenges could lead to different scenarios. Georgia announced a recount, and Biden’s 0.6% margin is expected to trigger a recount in Wisconsin. Pennsylvania, the state that pushed Biden over the 270 electoral vote threshold, could order a recount if the vote stays within the 0.5% margin.

In the 2016 election, Trump won Wisconsin, Georgia, Pennsylvania, Arizona, and North Carolina. Of these states, currently only North Carolina leans toward Trump once again, though the margins between victory and defeat are razor thin.

As of Friday, the Trump campaign launched several legal challenges in the battleground states of Pennsylvania, Georgia, Michigan, Arizona, and Nevada. Some motions were already dismissed due to lack of evidence of voter fraud or ballot-count mishandling. Other requests were granted. One Pennsylvania judge allowed the Trump campaign to “meaningfully” watch Philadelphia poll workers while they processed final mail ballots.

Trump and members of the GOP courted controversy throughout the electoral process, encouraging voter suppression and accusing Democrats of rigging the election. Twitter flagged at least 12 of Trump’s tweets with election misinformation, including most of his Friday night feed. Hours after polls closed on Tuesday, Trump falsely declared himself the winner. All week, he and his campaign pushed conspiracy theories, and were also believed to be responsible for over 9 million text messages urging Philadelphia supporters to protest against election fraud on Thursday. Some of those messages requested donations to help launch legal challenges.

Trump also repeatedly refused to commit to a peaceful transfer of power in the event he was not re-elected. In the days before Nov. 3, businesses in large cities throughout the country boarded up in case of election-related unrest.

Throughout his campaign (and especially this week), President-elect Biden has countered Trump’s divisive behavior with repeated calls in broadcasted addresses to the nation and on his own social media feed for political tolerance and a coming together to overcome COVID-19.

“But never forget: the tallies aren’t just numbers — they represent votes and voters, men and women who exercised their fundamental right to have their voice heard,” Biden said. “And what is becoming clearer each hour is that a record number of Americans — from all races, faiths, religions — chose change over more of the same.” 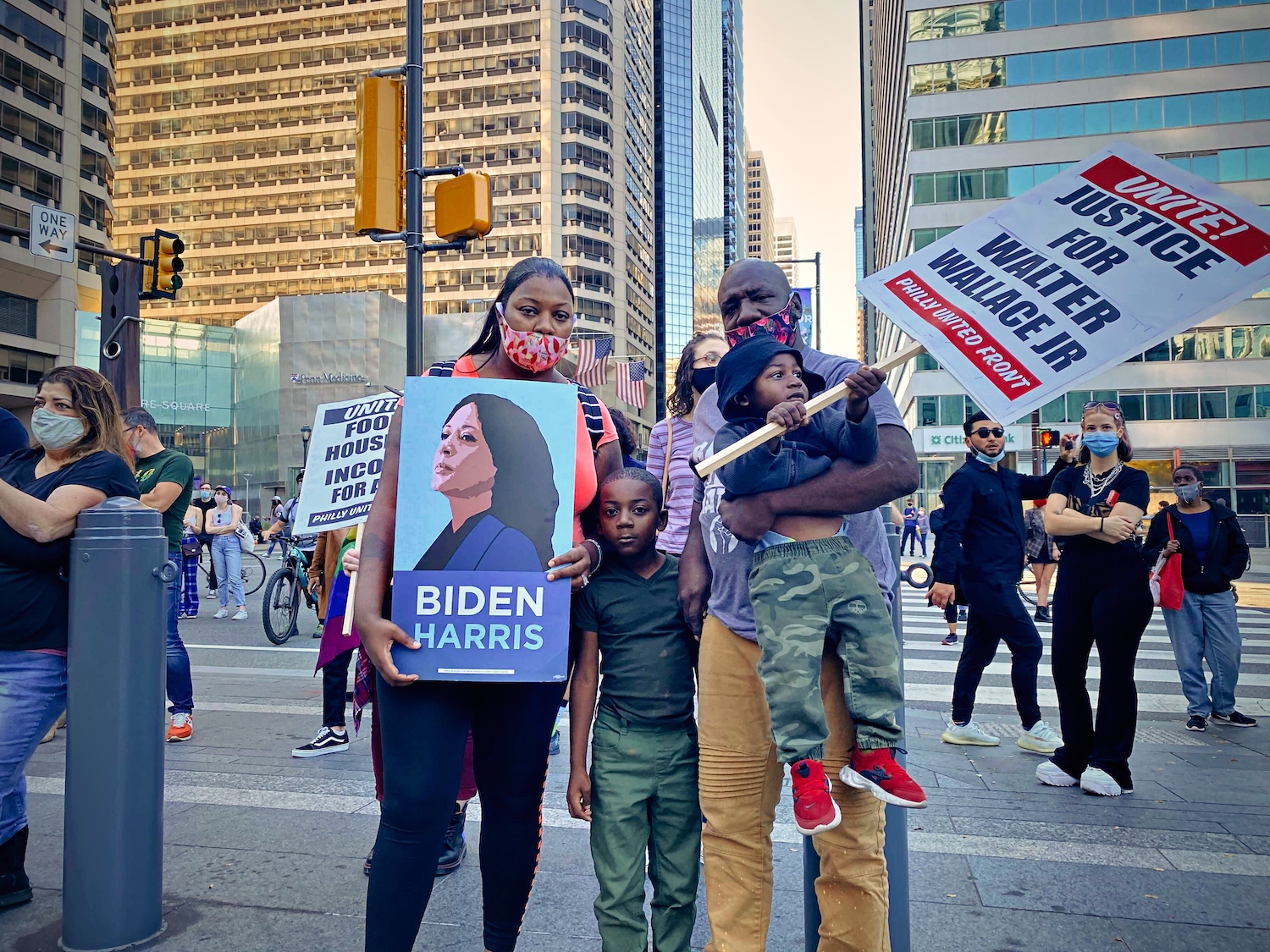 A symbol of that change is vice-president-elect Kamala Harris, who is set to be the first female vice president in American history. She is also the first vice president of color. Her parents were immigrants from India and Jamaica.

Harris rose to political prominence due to her role as San Francisco’s district attorney and California’s Attorney General before being elected to the U.S. Senate in 2016. Her role in the Senate Judiciary Committee put her centerstage as she famously grilled Trump’s Supreme Court nominee Brett Kavanaugh. She then opted to run for president herself, before getting the VP nod from her primary opponent.

But that diversity didn’t end on the presidential ticket. A record number of women ran for Congress in this election and will now serve in the upcoming legislative term. According to the Center for American Women and Politics at Rutgers University’s Eagleton Institute of Politics, women scored 134 congressional seats so far, with at least 109 in the House and 25 in the Senate. Another 20 races involving women are still too close to call as of press time. Republican women earned special attention for upsets in key races in battleground states where their Democratic opponents were often better funded.

Women of color won historic milestones as well. Marilyn Strickland, former mayor of Tacoma, Washington, is the first African-American in Washington state’s congressional delegation. Cori Bush, a progressive activist, is the first Black woman to represent Missouri in Congress. Yvette Herrell, a member of the Cherokee Nation, is the first Native American woman to serve as a Republican in the House of Representatives.

“We don’t have any more time to waste on partisan warfare,” Biden said in a speech Friday evening. “I’ve never been more optimistic about the future of our nation. There is no reason we can’t own the 21st century. We just need to remember who we are. This is the United States of America, and there has never been anything, anything we’ve been unable to do when we’ve done it together.”