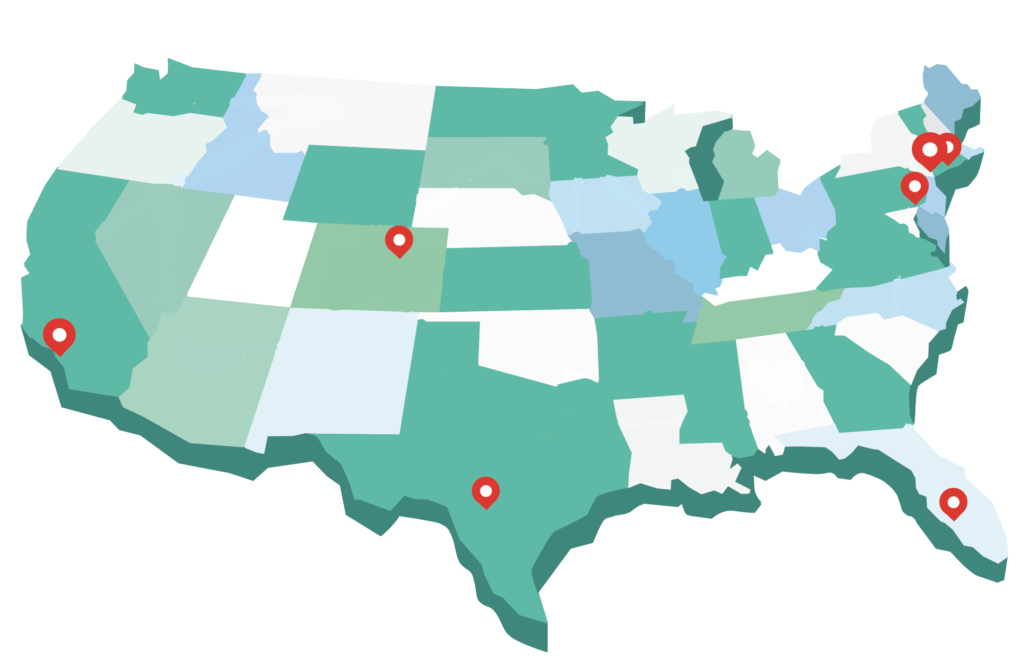 Blog: Scenes from the Election

In a historic, record-breaking election, over 101.9 million people voted early by Nov. 3, 73% of the voters in the 2016 general election. Despite the pandemic, voters shattered records and cast their ballot early in person or by mail.

From Long Island to Los Angeles, the voter experience varied throughout the day. Some voters were plagued by long wait times while others breezed in and out. Reports surfaced on Twitter of downed voter machines in a handful of counties across the country, including Presidential nominee Joe Biden’s childhood hometown of Scranton, Pennsylvania.

Across social media, voters were being urged to stay in line no matter what. Graphics were also circulating alerting voters to their rights, including to a provisional ballot if they cannot be found in the voter book at their polling place.

I actually messed up my mail-in ballot, so I ended up voting early. There was so much talk about long lines and voting issues, but I was the only person in line to vote last Thursday. When I stopped by today to get some interviews, there were more people working the polls than voting. The electioneers outside turned the parking lot into a tailgating atmosphere, complete with a DJ, music, singing, and barbequing. An ice cream truck pulled up by the people holding signs and sold iced treats to the volunteers. —CK Smith 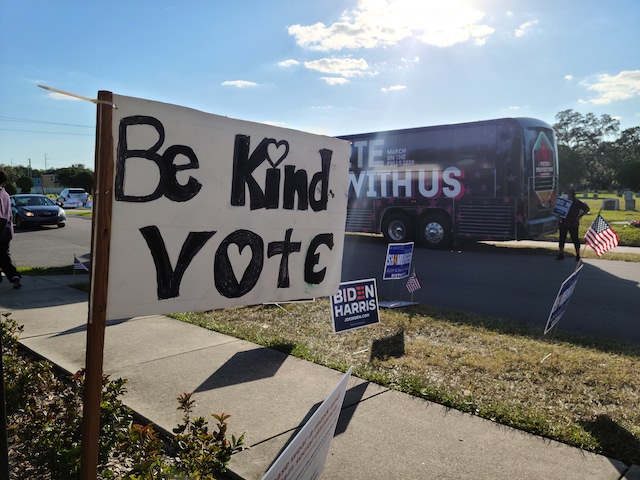 A handmade sign became a favorite in Tampa, Fla., where voters would pick it up and parade it down the street. [Credit: CK Smith]

My mom and I went to a library only a mile from our house and there was no line. It took only five minutes and only one other lady showed up after us. This year was my first time voting, and it was easy. I just wished I’d done more research. — Isabella Mata

Many businesses were boarded up in New York City prior to Election Day, including the Build-a-Bear Workshop on 34th Street. But those who wanted to make their own stuffed animal this week could still enter the store.  — Lydia Page 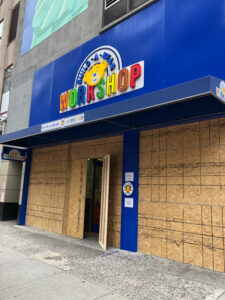 A Build-a-Bear Workshop on 34th Street in New York City is open but boarded up. [Credit: Daniel Dwyer]

At the Anaheim Public Library, the line is pretty long and voters are now more willing to get involved in the political election in this area. They need to wait about 20 to 45 minutes to get into the center. Due to the potential risk of COVID-19, the voting center set up strict restrictions to keep people six feet apart and other necessary guidelines. The staff was sanitizing the spot for the next voter to keep everything disinfected — Grace Sui 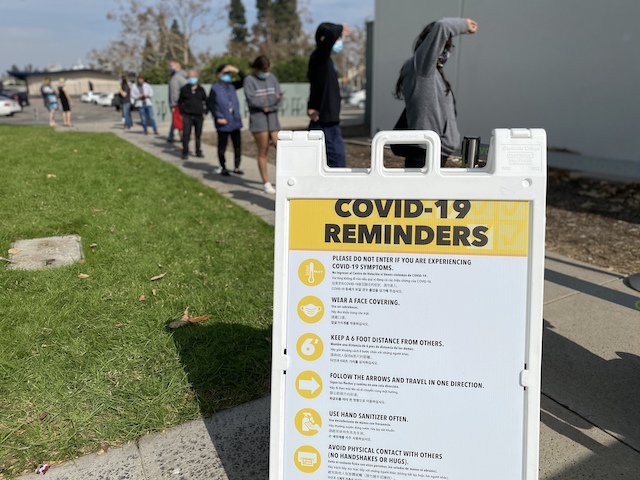 Voting centers in SoHo and West Village remain active with people walking in through late afternoon. A group of students outside discuss their evening plans to watch the election and beckon to people on the sidewalk, though it seems the passerbys already voted. There is barely any line. The voting center is hosted at a community church, and the pious sculptures overlooking the entrance look imploringly at their visitors.  The nearby neighborhood streets are quiet, except for the sound of hammering from construction workers nearby busy at work. They’re not working on new buildings but instead meticulously boarding up the rows of high-end storefronts. By sunset, the boarded windows reflect the red and blue lights of police cars parked around the block. — Katherina Nguyen 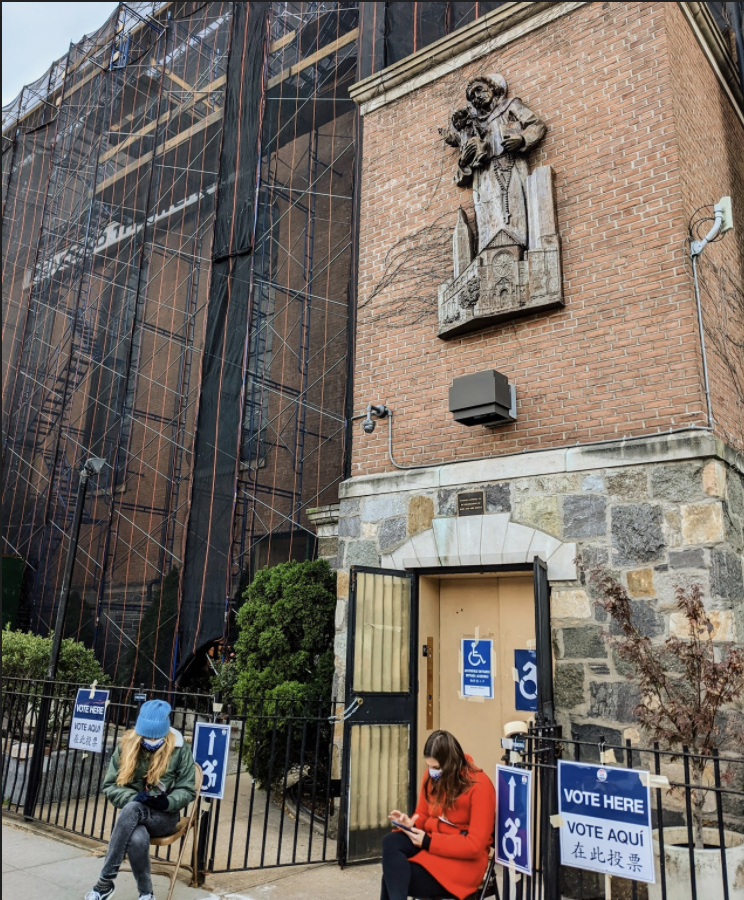 I voted this morning around 9 a.m. in Suffield, Connecticut. Lines were pretty short. I was in and out in less than 10 minutes! But some people in town posted photos of lines between 6 and 11 a.m. time frames and they were really long. — Kaylee Pugliese 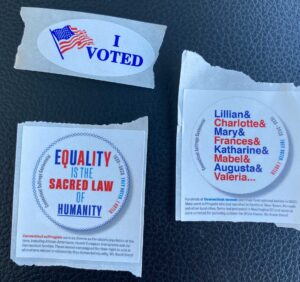 An array of stickers at her local polling place in Suffield, CT. [Credit: Kaylee Pugliese ]

This was a sentiment echoed by many voters around Suffolk County on Long Island today. I spent the morning visiting a handful of polling places in West Islip, Bay Shore, Deer Park, and Sayville. Long lines were common last week at the 12 early election voting sites across the county, with wait times exceeding four hours at Islip Town Hall. But even today with more than 336 polling places open, significant lines remained. Some voters in West Islip showed up as early as 5:15 a.m. to cast their ballots. By the time Beach Street Middle School opened to voters at 6 a.m., the line was more than 100 people deep. Many voters joined me in marveling at the turnout.

“We’re older than you, and we’ve never seen anything like it either,” said Shirley Meyer of Sayville.

Even by midday, wait times were between 20-30 minutes at some locations in Bay Shore. One woman there told me that her husband got in line for her and she jumped in to join him. He had been waiting about 30 minutes before even reaching the doors of Fifth Avenue Elementary School. Despite blustery winds and chilly temperatures, people showed up armed with blankets and hot beverages ready to complete the democratic process.   — Caitlin Hornik 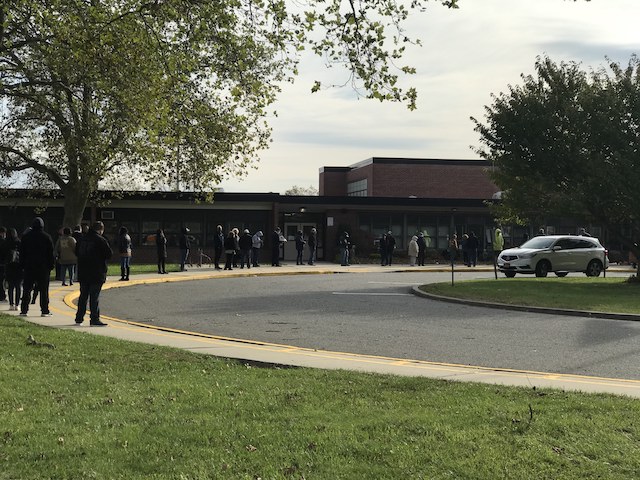 I stopped by a few different polling places in Marina del Rey, but voters were relatively scarce.  Of the voters I talked to, few seemed to be informed about the high-stakes district attorney race taking place with incumbent District Attorney Jackie Lacey and her challenger George Gascon, the former district attorney in San Francisco.  — Emily Leibert

On Sunday, I voted for the very first time. This year, I really wanted to make sure that my voice was heard, and I was determined to do everything in my power to vote in this election.

Fortunately, my polling place was only a five-minute drive, practically down the street from my house. Also, I only had to wait 20 to 30 minutes as my town is pretty small. Happy to say that my first experience voting was a great one! — Infiniti Bowie 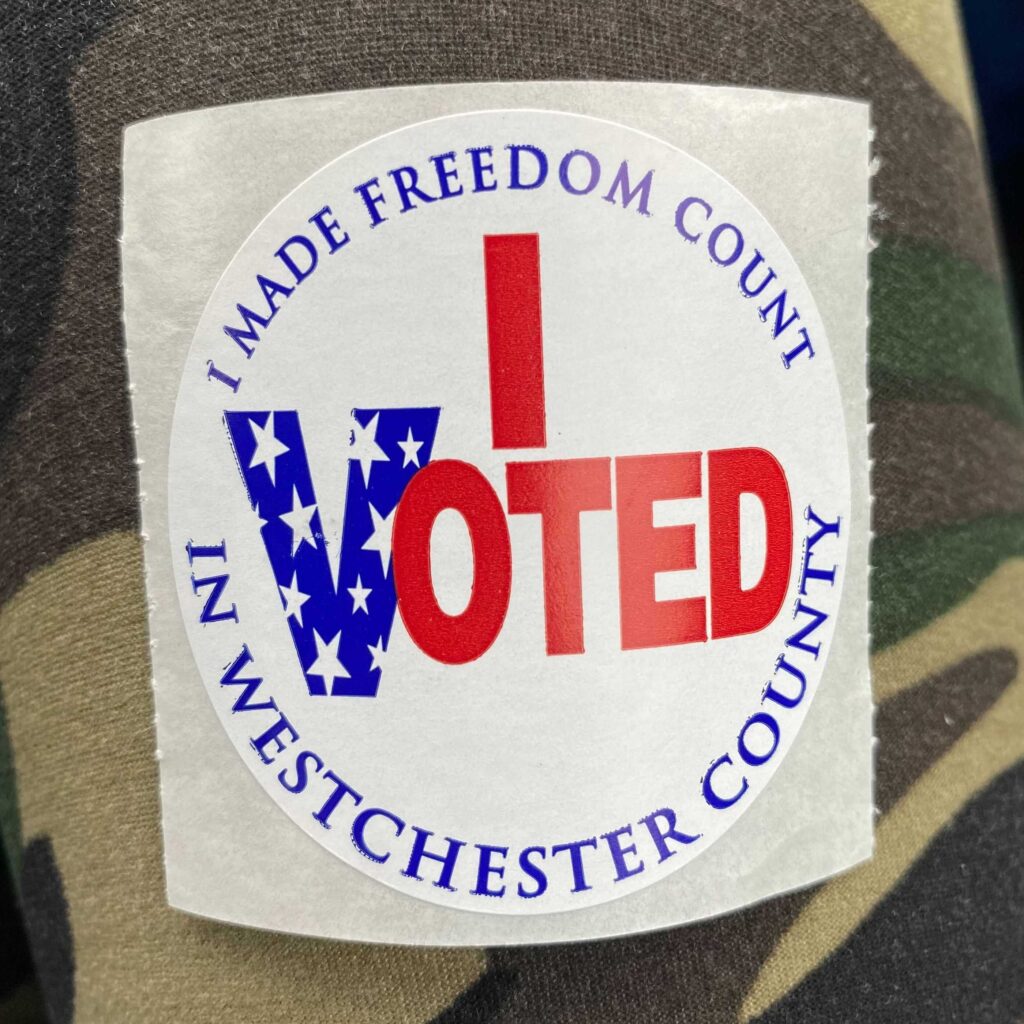 At St. Stanislaus Catholic Church in the Queen Village neighborhood, there were no lines outside the polling location in the late morning of Election Day. According to one woman working at the polling location, lines stretched outside the church in the early morning, but the early voters began to thin out around 9 a.m. It was quiet on the residential street in the late morning, with a few people chatting outside the church. — Bobby Brier 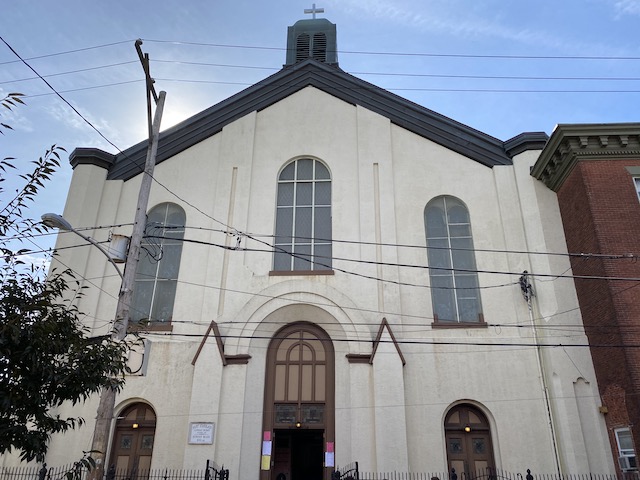 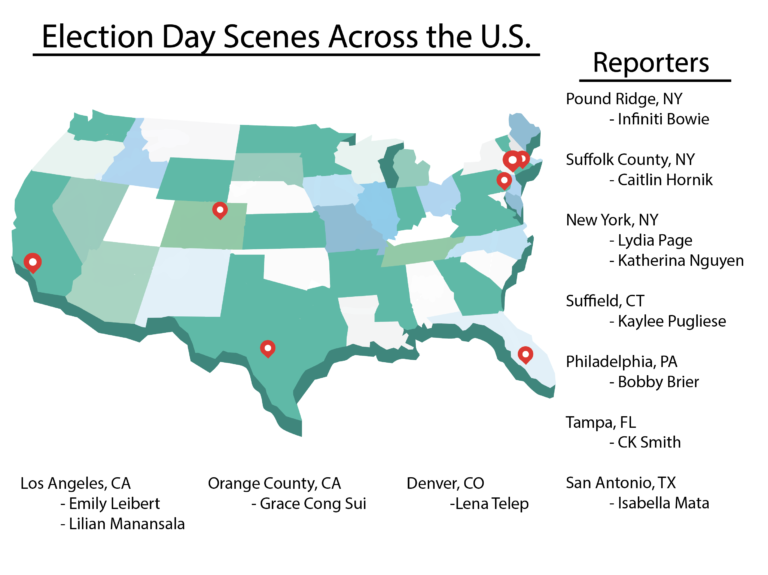