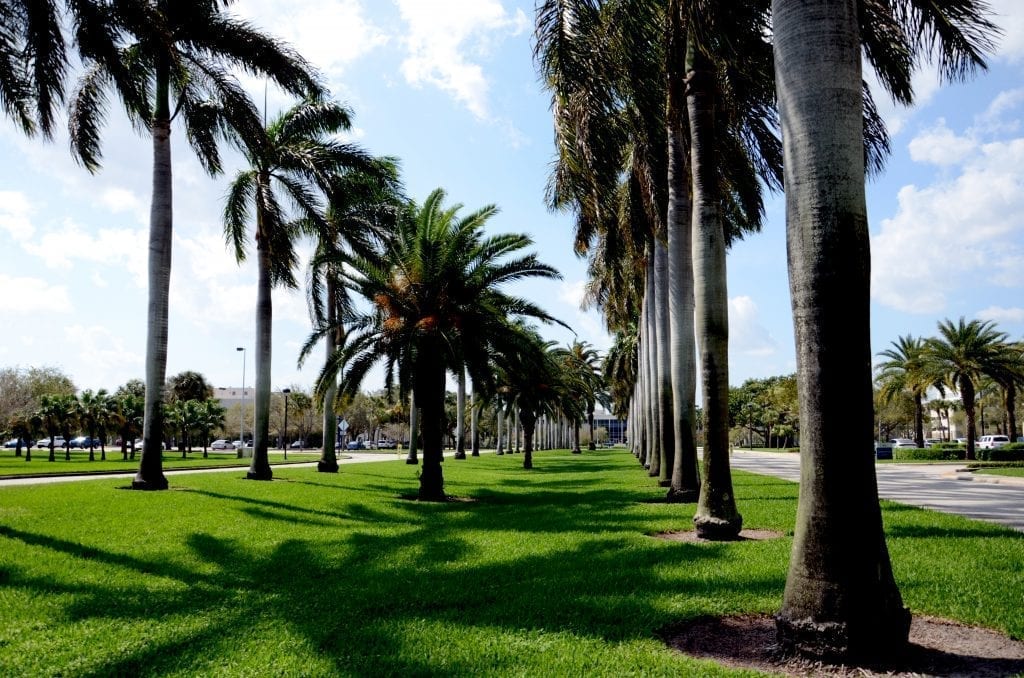 Recent retired Florida couples quietly eat pasta while drinking red wine at Frank and Dinos, a small Italian restaurant on First Avenue, while next door FAU students order rounds of  explicitly-named drinks made with vodka and gummy worms in pitchers while eating wings and cheering on the Owls at O’brians Irish pub. Both establishments share a wall and a common divide in Boca Raton.

What used to be a quiet retirement Florida community now subsists on book stores, college apparel shops, small bars, pizza places, clubs and nail salons. Janet Shaid, 76, has lived in Boca for the last 25 years, but with the recent changes, she has found the town hardly recognizable.

“The area has changed a lot. It used to be all of us oldies in every place and every store but now the whole town is college kids and their college cars with bumper stickers and the bars stay open late for them,” she says. “I used to care about this but I don’t now.” 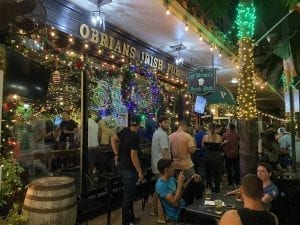 The East neighborhoods of Boca Raton are becoming so overpopulated with young college kids and young families that it is forcing home owning families to consider moving west. Due to an increase of the University’s population nearby, the residences on the east side of town are being affected.

What was once farm ground is now the town of Boca Raton, Florida. The prestigious area is among the very few communities that have a Spanish origin. Boca is a standout when compared to the Delray Beaches, Boynton Beaches, and Fort Lauderdale Beaches, which are located anywhere between 5 and 15 miles south and north of Boca.

Jake Bergman, a recent graduate of FAU was born and raised in the town. “Growing up in Boca was tough because you are just so used to the same places that you go to over and over. But then going to FAU, I valued personal and individual growth during my time living in dorms and with roommates off campus.” 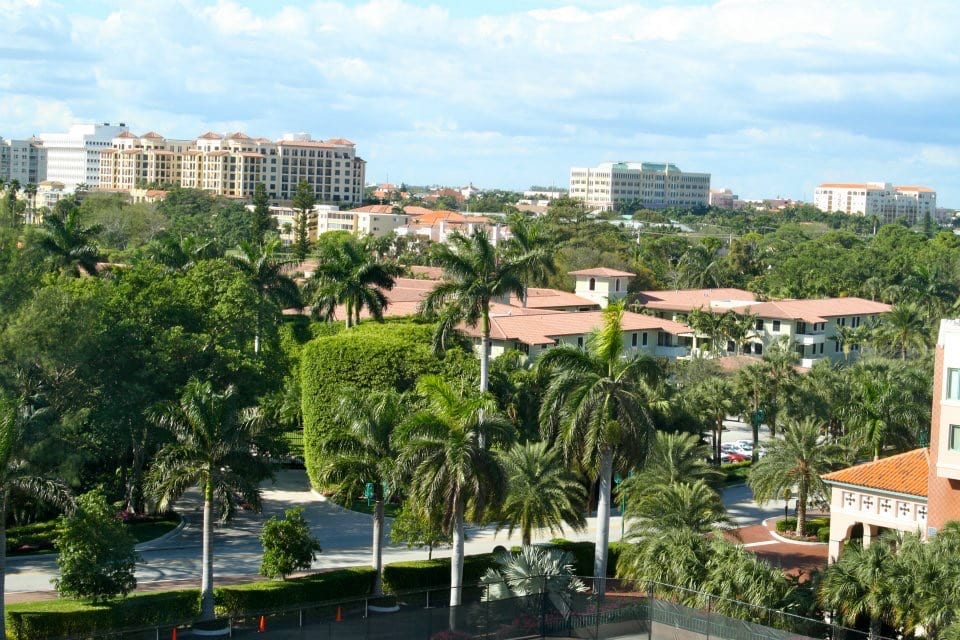 “It has been a complete 360 around here for a while. Nothing is the same. Boca has completely changed as FAU has grown and it’s so amazing that I have gotten to experience the growth from my childhood until now – a graduate of the University,” Bergman explains.

While many residents were trying to lessen the general growing population in the city, as early as 1977, a lot of Boca Raton residents greatly acknowledged the active development of the western suburbs of Boca. East Boca, which housed snowbirds primarily, was also populated by the retired senior citizens of the northern state residents.

FAU was founded by Lyndon Johnson, the 36th President of the United States, in 1961 and opened in 1964.  In the very beginning, FAU campus was an airbase. It was a training school that was operated by the US army air corps during world war two.

FAU serves more than 32,000 undergraduate students across six campuses along the southeast Florida coast and is ranked as one of the top public universities in the state by the US News and World Report.

In Boca alone, over the last five years, there has been a decrease in enrollment. In 2014, there were about 37,000 students and as of 2019, there were 30,500. This was a good thing for campus because the school just could not hold that many students. Many of east Boca’s neighborhoods have changed with more students moving off campus in the surrounding neighborhoods.

A local landlord named Yelena and her husband own a home right around campus. She says, “We find that it is better for us because the young college kids desperately look for housing and if they have a big house, a yard and each have their own bathrooms, it is an ideal situation for young kids.”

Boca has a population of 93,964. As of 2016, the student population at FAU consisted of 15,995 male students, and 20,113 female students. Of those students, the Admissions Department of FAU claimed that almost 86% of that total live off campus, according to the Boca Census.

Last year, the incoming freshman class was so large that the university had to put about 3,500 students in hotels and offer them transportation shuttle to school. They simply had no room on campus. Those students paid $5,000 a semester for housing.

There is such a high demand to live off campus that more apartment buildings are being constructed to accommodate the increase in population, explaining why more homes are being rented out to students.

“East Boca has literally been taken over with college kids at this point. There are more apartment buildings being built, better deals being offered in apartment buildings, and more college catered food spots are opening up. Its literally a college town, the old people are just around”, Addison Goldin, a student from FAU says.

“Boca changed forever when they closed down that air base and created FAU, but over the last five years FAU has gotten to be so popular and has expanded so much that it has literally been benefiting by the changes in the neighborhood surrounding it.” Legislative aide to the Palm Beach County Commissioner, Jon Carter explains.

Carter also says, “As of 2011, University Park, UView and all those houses surrounding the university have been developed over the last 6 years or so. And the 20th street corridor is zoned specifically for single family homes where you can live without being related to anyone else in the home.

“Neighbors have been complaining more and more about noises and parties since so many college kids live in east Boca neighborhoods and complexes who are renting. It is quite common for Dixie and Federal Highway heading west to have the heavy student population,“ Carter adds.

The Golden Triangle is the neighborhood that is Palmetto Park, Federal Highway and 5th Avenue. All of the homes that are within that geographical triangle have seen a shift in who resides within those homes.

There are a lot of condos downtown because there are tons of empty nesters and elderly couples. Younger families are tending to swarm to neighborhoods surrounding the high schools so the community is getting significantly younger like the Golden Triangle.

“Those parcels are being sold and investment companies are coming in, flipping the home and renting to college students because they are getting more money than they would have been before.” According to a Real Estate Census, seventy percent of the population in East Boca rents their homes and forty five percent of that are college students.

Wynnewood and Broken Sound, two popular neighborhoods for students to live, are filled with college students. They are gated communities and it feels more like a country club aspect. Carter says, “they are considered affordable so you’ll see a huge mix of younger students and even young families. East Boca has really just become such a young place right now which I think is a good thing.”

“It’s all a good thing. The 20th street master plan is a priority. We have spent a lot of time of redeveloping our downtown. We are building a community for the future. We want young people here, “ Carter says.