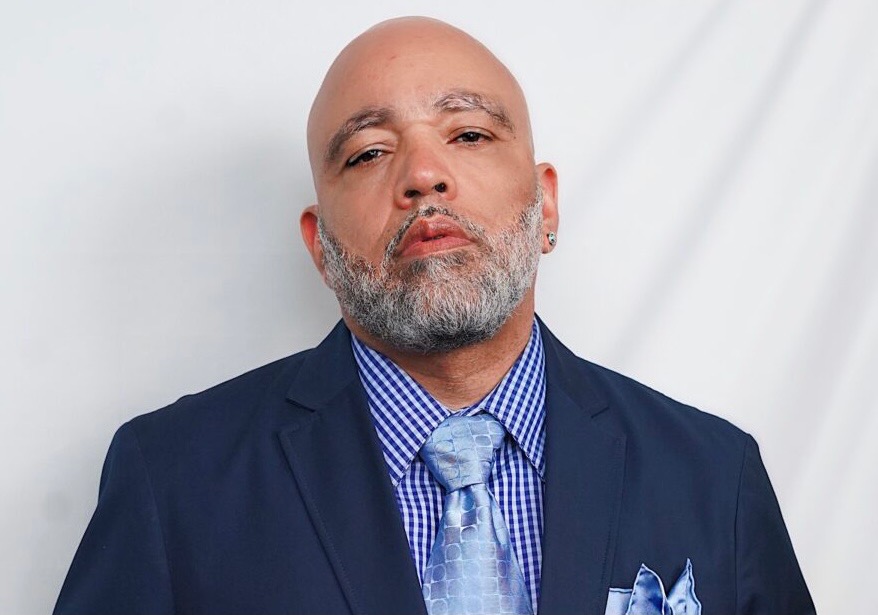 He broke into the industry in 1998 at Howard University. D-Dot and Ron Lawerence, also known as Amen Ra, made a demo together, snagging a record deal with RCA records. Their first record was 1990’s Movin’ On ‘ Em. While at Howard, Angeliette started working on music with his friends. One of them happened to be Sean Combs, now known as Puff Daddy, according to his long time friend Nashiem Myrick.  Myrick, who met Angeliette at Howard, was a natural when it came to business, he says. “I enjoyed the friendship we developed at Howard University. [I] was childhood friends with Harve Pierre, who is the partial owner of Bad Boy Entertainment today,” Myrick said.

Pierre also attended Howard. After being released from Uptown Records, Combs started putting together a team that became known as The Hitmen Group, a group of 11 producers at Bad Boy Records.

Angeliette recently posted on his Instagram, remembering the creation of their group, asking, “What producer list? We are the soundtrack to a generation, an era. We birthed a lot of you cats out there.”

“D-Dot is knowledgeable and has a lot of common sense, we can come to a conclusion when we disagree through common sense,” says Myrick.

Angeliette said he doesn’t have a set ritual when it comes to producing. “I do like a certain environment, clean, and quiet with a lot of pacing room. I could make a beat, write, or just sing and rap along for hours just enjoying the moment,” he said. The biggest hit he produced is Hypnotize by Notorious BIG. He worked with other artists of note, including Whitney Houston, Jay-Z, Mary J. Blige, Diddy, Kanye West, and Eminem. 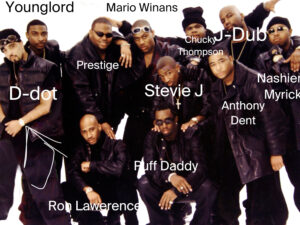 Photo of The Hitmen Group. Angeletti, a.k.a. D-Dot, is on the right posing with a few very famous friends. [Credit: Ron Lawerence]

Long-time friend Ron Lawerence said, “I’ve been working with D-Dot for a very long time. We formed a rap group together in college and released an album back in 1991. A few years after we joined the Bad Boy Hitmen production team. As production partners, we both produced hits such as Hypnotize, Been Around the World, Where I’m From, Money, Power, & Respect, and The Theme. D-Dot was always overpowering, while my energy was very laid back. We often found a medium while working together, which helped each of us to find our weaknesses and strengths. The end results were magical.”

Stevano Ugo, an artist and producer, said that Angeliette is one of the hardest working, most sincere guys he has ever met. “The only bad thing is like all successful people D-Dot sometimes takes forever to return messages”, said Ugo.

Daven Prestige from The Hitmen said his experience was memorable. “I was young and didn’t know much about the business. I remember D-Dot putting the projects together.”

Currently, Angeliette is focusing on opportunities in the television and film industry. He put out a docu-series called Rules To This on BET and appeared on Season 3 of HipHop Evolution on Netflix. The new Hitmen docu-series is scheduled to air in 2021. He plans one day to be an executive and producer in that industry.

He says that he is “just a kid from Brooklyn, livin’ a dream.” And “dreams are earned with hard work and an idea,” he says.