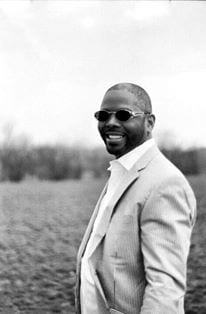 When young Carlton Brown’s mother insisted he go to work with her at her millinery stores, he was not happy about it.  After all, what kid wouldn’t prefer hanging out with friends to working at their mom’s hat shops? Although, in retrospect, he knows she was trying to keep him out of trouble, along with providing him with experience and work ethic lessons; Brown admits that, at the time, he “hated it with a passion. To me, it was punishment.”  Little did he know, those early days working alongside mom was preparing him for being part of a team that would change the fashion landscape and become part of cultural history.  Brown is a Co-founder of FUBU, which stands for “For Us By Us.” The fashion company, formed in 1992, became an international sensation.

Brown was born and raised in the Hollis section of Queens, New York.  At the age of 5, he became friends with his next door neighbor, Daymond John.  The pair shared an entrepreneurial passion and found ways to make money outside of any allowance received from their parents. They would collect scrap metal, wash windshields, or work summer youth jobs, consistently trying new ways to capitalize off their efforts. According to Brown, “through trial and error, just trying different things, that we ran across selling clothing.”

Making and selling hats was their first stab at creating their own fashion line. John made the hats and Brown would tag the inventory with FUBU labels, bag the items, and get them in front of consumers on the weekend.  “Post-production,” he called it. Eventually, two more childhood friends – Keith Perrin and J. Alexander Martin – joined the team to form what would become the co-founders of FUBU. As the company expanded, so did Brown’s role. He interacted with manufacturers, embroiderers, and retailers and was responsible for shipping and receiving and collecting checks.

Brown recalled that back then, there was no business plan, no financial model.  “Thinking about it now, it’s freaking crazy. We just knew, the more we sell, the more money we earned.”  He explained a key factor that enabled them to grow included money management, which was essential for billing and invoicing. Equally as important was having the right structure for the business, one of the reasons the team decided to align with Samsung. Brown stressed, however, that even with a big backer, being on top of the business side of things was still priority. Lawyers, accountants and their sales force were essential.

Under Brown’s leadership, FUBU created a record label, FB Entertainment. He also positioned FUBU as the 1st black-owned company to sponsor a race car driver in the Nextel Cup Series, launched “Natural Style by FUBU,” a hair care line, and is currently focused on commercial real estate and the development of Hotel FUBU.  “Every little bit helps” to keep the brand relevant, he says. Outside of FUBU, Brown is no less active.  He launched a beverage and spirits company and invests in several family ventures.

Brown advises other entrepreneurs to mine the internet for information, create a business plan which “gives you a blueprint for your business,” and to have an attitude of desire. Even if you’re not the one starting the business, Brown said people should take a look at what they have to offer.  Team efforts can be equally as successful as individual ones. He should know. Brown and Team FUBU show no signs of slowing down anytime soon. “It’s a lifestyle,” he says.