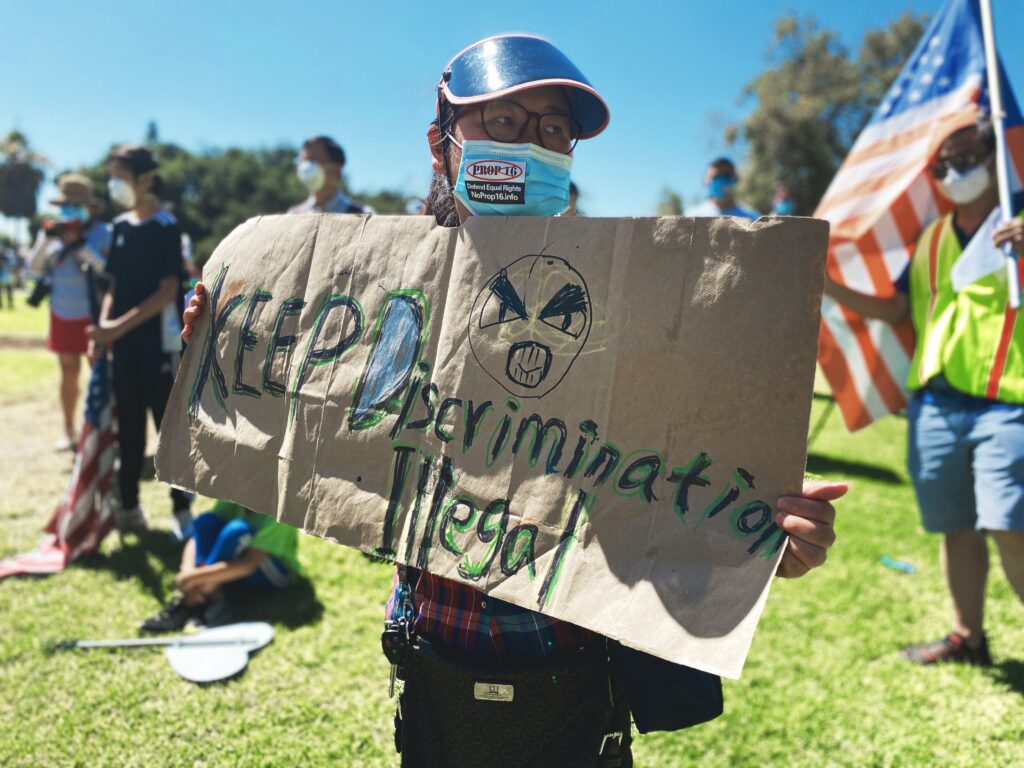 (LOS ANGELES) —  After much debate and campaigning on both sides, California Proposition 16  failed to pass with 56.1% opposed and 43.9% supporting, according to The Associated Press. Among California’s 12 statewide ballot measures, Prop 16 sparked ardent controversy in minority communities, particularly among Asian Americans.

Proposition 16 was an effort to repeal Proposition 209, a  1996 California initiative barring government and public educational institutions from considering ethnicity, race, sex, color in contracting, employment, and education. Twenty-four years later, in a time of national outcry for social justice and equal rights, Prop 16 would have reinstated affirmative action. The bill sparked division in California Asian American communities and drove greater political participation in 2020. 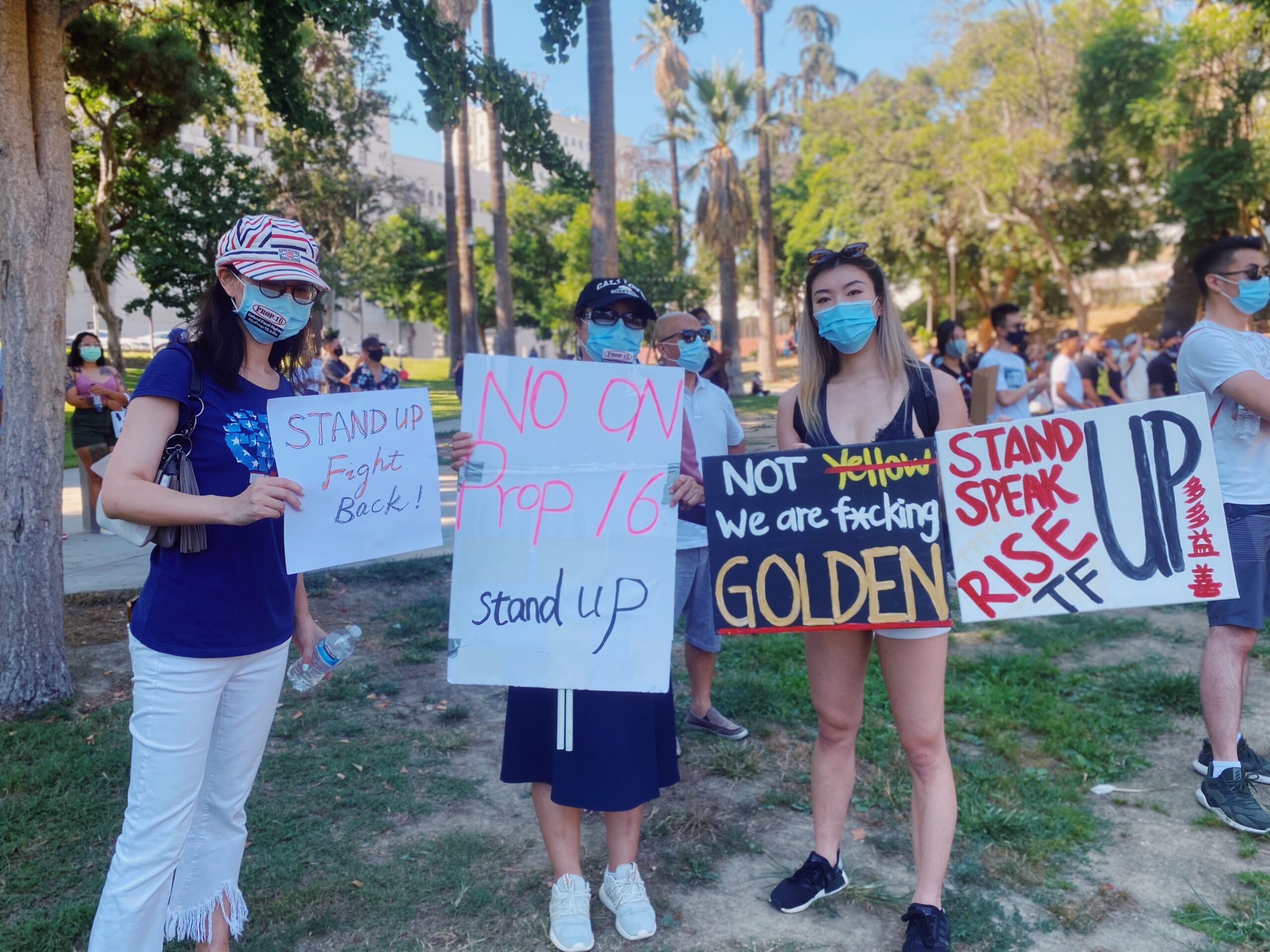 The question of whether Prop 16 was itself a form of discrimination split the Asian American community into two groups with starkly different opinions on what social equality means to Californians,  small business owners, and students.  Many parents were opposed claiming the measure would reintroduce discrimination in public education admissions because race and ethnicity could be considered. They also said it would reduce the opportunities for their children for the sake of other students’ college admission.

Joy Chen, director of the No on Prop 16 campaign, said the phenomenon of Asian communities increasingly involved in the election is a sign of a larger awakening of Asian Americans who oppose racial discrimination finding their political voice.

“Many parents, not just Asian parents but of all cultures, when their kids are potentially hurt, they take action,” said Chen. “It’s really interesting to see an uptick in Asian American participation…when we see Prop 209 that all the Asian American communities as a whole have been pretty quiet. I remember it’s been very difficult even to get my parents interested in politics, but now [with] Prop 16, they have become very vocal.”

The number of Asian American voters hit a record high this year, according to Pew Research Center. The research found that more than 11 million out of 20 million Asian Americans were eligible to vote this year, growing by 139% between 2000 to 2020. As the pandemic brings another wave of contagions, Asian Americans continue to face potential racial mistreatment and economic challenges, and activists are taking actions to protect the community by educating all eligible voters to speak up.

“The fog of division, discord, and blame made it hard to see what lies ahead. But after these trials, we all rallied what was right around and acted as one because that’s what we do,” said Wu, attributing the thought to a quote from actor and director Clint Eastwood.

Supporters of Prop 16hoped it would bring equal opportunity for women and minority-owned small businesses and equal access to public contracts. A report demonstrated that minority businesses usually have $1 billion in revenue loss each year. Supporters hoped Prop 16 could have helped reverse those losses.

“We have not seen the equity in our job market, in our housing, and in education,” Fiona Ma, the California Treasurer, said in a virtual conference. “Passing Prop 16 is so important for the future of our children, our grandchildren.”

A recent poll of Asian Americans on the ballot measure conducted by Asian American Advancing Justice and AAPI data before Tuesday’s election showed that 31% supported Prop 16 compared to 21% who opposed it. A statewide survey by the Public Policy Institute of California better reflected the outcome with 51% of respondents opposed, 37% supporting, and  12% undecided.