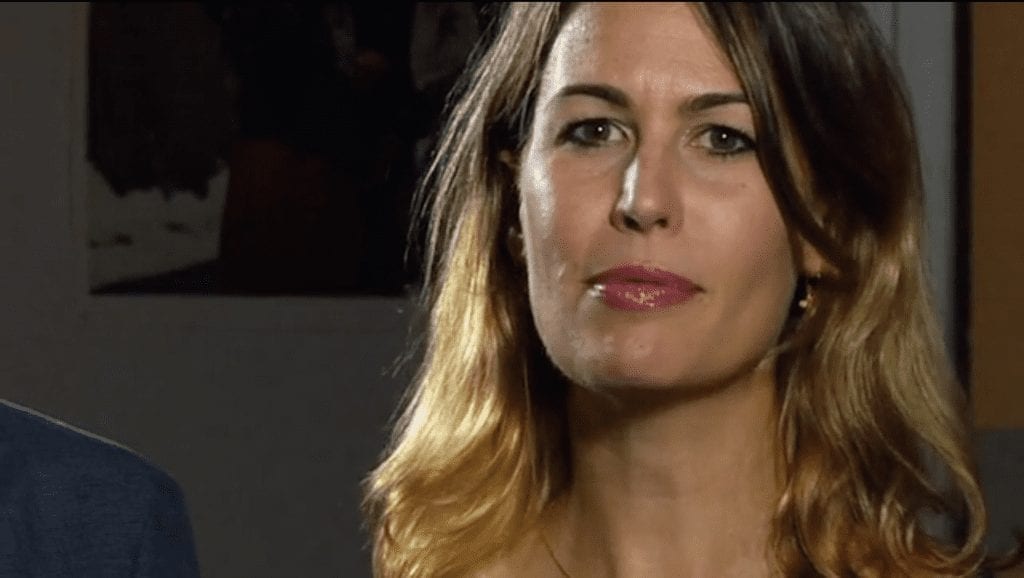 An Investigative Journalist on a Mission

Screengrab of Michele Mitchell from Kickstarter campaign video for “Haiti: Where Did the Money Go”

In 2012 Michele Mitchell, a multi-platform investigative journalist, was sitting in traffic on the 405 freeway in Los Angeles listening to the radio when she heard a startling proclamation about pregnancy as a result of rape. “First of all, from what I understand from doctors, that is really rare,” said Todd Akin, a Missouri representative running for Senate. “If it is a legitimate rape, the female body has ways to try and shut that whole thing down.”

This was Akin’s attempt to support his anti-abortion stance with an unsupported scientific claim when he was asked if abortion should be allowed as an exception for victims of rape. Yes, you and Mitchell heard that right, Akin said that women and their bodies somehow have the ability to stop themselves from being impregnated when they are raped. Not only that, he implied that only certain rapes are “legitimate” or worthy of being distinguished as rape.

At that moment Mitchell decided she had to do something to increase awareness about the reality of rape.“It’s an act of power, torture, and humiliation and you [Todd Akin] will never get away with saying something so stupid again,” Mitchell said. But misconceptions about rape and sexual violence aren’t exclusive to far-right U.S. politicians: it’s a universal problem.

Three years later, Mitchell released the documentary, “The Uncondemned.” This film follows the story of the first legal case and conviction of rape as a war crime and act of genocide in Rwanda. Although the case was a huge step in giving power to women in countries like Rwanda, the film exposes how rape is still perceived as a lesser crime in societies across the world. “I’m going to tell a story that takes the sex out of sex crimes, and put it so firmly where it should be,” Mitchell said.

That is the kind of spark behind most of Mitchell’s journalistic work, a mission to uncover injustice in the world. Mitchell hasn’t always disseminated her investigative findings through documentary type work, though. When Mitchell was working as an investigative reporter at PBS on the “Now with Bill Moyers” show in 2010, her career unexpectedly pivoted to journalistic filmmaking.

At the time Mitchell was learning to speak French and her tutor was from Haiti. That January, Haiti was hit with one of the most devastating earthquakes in recent history.  An estimated 220,000 to 300,000 people died and upon impact 1.5 million were displaced from their homes. The world responded by sending $13.3 billion to help Haitians in need, including $500 million from The Red Cross.

Two months later, Mitchell’s tutor told her something that shifted her career. “Michele, if you could be in the camps at night, and hear the women cry, it would break your heart.” Mitchell could sense the misdealings of billions of dollars in aid.

Her investigation yielded  “Haiti: Where Did the Money Go?,” a six-episode web series on YouTube that uncovered foul play by non-profit organizations like The Red Cross. The documentary exposed how non-profit organizations mishandle large sums of money during disaster relief and intentionally keep the local people uninformed. “The single biggest problem is that there’s no accountability, and without that they don’t have to have transparency,” Mitchel said. “We have literally no idea how this money has been spent.”

The success of the series enabled her to crowdfund further investigations and produce a made-for-TV documentary that aired originally in January 2012 on Oregon Public Broadcasting and other local public broadcasting stations to much acclaim. PBS aired the Murrow Award-winning documentary more than 1,100 times from 2012 to 2014.

Although The Red Cross denied the claims the film made about their corrupt behavior, Michell hopes the documentary had an impact on where people donate their money when a natural disaster occurs. “People shouldn’t stop giving, but you should give wisely, and you should hold organizations accountable,” Mitchell said.

Until Mitchell announces her next documentary, her Twitter feed makes the kind of life work she wants to do exceedingly clear. Almost daily Mitchell calls for justice of rape victims and shares posts about corrupt politicians. “There’s always a social justice story that needs to be told. I’m not going to be short of material,” said Mitchell.