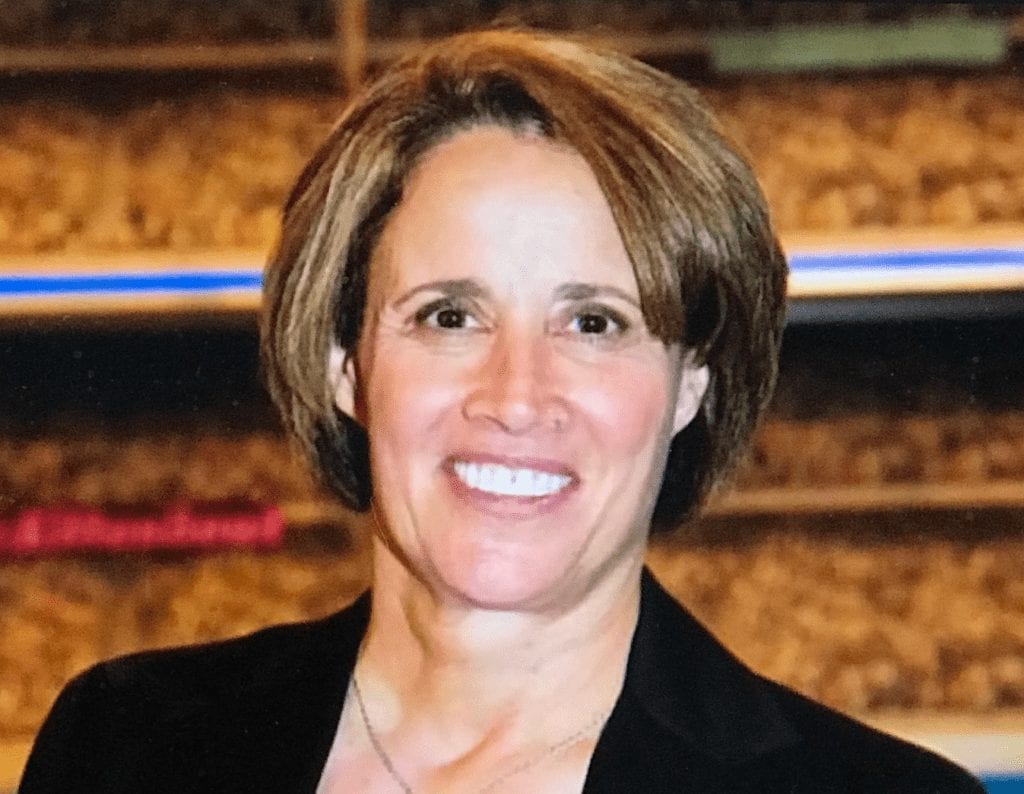 Case Study: Behind the Scenes with HBO’s Mary Carillo

(VERO BEACH, Fla.) – In 2018, 11 individuals were inducted into the Sports Broadcasting Hall of Fame. Standing amongst the men was a single female honoree, Mary Carillo. For 39 years, Carillo has lit up television screens with her undeniable wit, exceptional insight, and keen ability to connect.

The former professional tennis player had a promising career cut short due to injury. The athlete quickly transformed into analyst when, in 1980, USA Network hired her to cover tennis. Over the years, her expertise and talent became quite evident. Recognized by Sports Illustrated as the “sport’s top analyst”, the honor established her voice on the tennis circuit.

Carillo has worked at ESPN, CBS, PBS, NBC, and several other networks over the course of her career. She has covered 14 Olympic Games. From reporter to host to, perhaps, her most popular post, human interest reporter, Carillo brought cultural stories and the idiosyncrasies of each host nation to viewers back home.

Since 1997, Carillo has worked at HBO as a correspondent for “Real Sports with Bryant Gumbel”, a monthly sports newsmagazine focused on in-depth reporting and investigative pieces. It is here that Carillo takes us on a behind the scenes look at her latest work.

On May 25, 2019, Rod Bramblett, 52, and his wife Paula, 53, were killed in a car accident in Auburn, Alabama after they were rear-ended by a 16-year-old. Bramblett was the nationally recognized and award-winning radio voice of Auburn athletics. Over a career that spanned 25 years, he spent 15 years as the play-by-play announcer for the Tigers’ football, basketball, and baseball teams. He was a three-time Alabama Sportscaster of the Year (2006, 2010, and 2013) and in 2013 was honored by Sports Illustrated as the Play-by-Play Announcer of the Year. Known as the “Voice of the Auburn Tigers”, the couple left behind two children.

After his death, the play-by-play job went to Andy Burcham, Bramblett’s best friend. Andy and his wife Dr. Jan Gunnels Burcham were extremely close with the Bramblett’s. For years, Rod and Andy called baseball games together. The couples often dined together. It was over dinner that Rod and Paula asked if, in the event anything ever happened to them, would the Burcham’s act as guardians over their two children – Shelby, 20, and Joshua, 15. The Burcham’s, who had no children of their own, accepted. They never believed such a thing would occur. That conversation was in the fall of 2018. The Bramblett’s died months later.

Conception of the Idea / The Pitch:

At “Real Sports, the opportunity to pitch a story is afforded to correspondents, producers, associate producers, etc., It must be well researched, contain multiple layers, and present a case that proves the story is worthy of the 14-15 minute air-time. Pitch meetings occur every Thursday. This story was pitched by Associate Producer Stephen Lorenzo. Once approved, the story moved ahead. Maggie Burbank was assigned to produce.

Carillo was in Geneva for a tennis event when she received a text from Burbank. It asked if she could report to Auburn next week. The two had paired up to work together once before. After she agreed, Carillo received research from Lorenzo, who had done quite a bit of leg work. Carillo used the flight home from Switzerland to study up. “I just kept thinking, I hope we do justice to this story.”

Burbank and the crew arrived ahead of Carillo in Auburn. In total, Carillo was in Auburn for four days.

There were four main people the team focused on for interviews: Rod’s mother, Vickie Lynn; guardians Andy and Jan; children Shelby and Joshua.

Carillo took the producer’s notes and personalized them with her own thoughts. She created index cards with topics (not necessarily questions) for each interview. Her preferred approach was to sit with each person beforehand and chat. “I need to get a sense of what they want to talk about. I like to tell them this is not live, it is just a conversation.”

She observed each individual and made note of their personality. Shelby and Joshua are known for their very reserved temperaments. Many who are familiar with them were surprised the two agreed to speak for the story. The siblings felt very protective over their mother, who was known to be very private, and wanted to assist in the story’s tribute to both parents.

Vicki Lynn’s interview – Carillo explained this was Vicki Lynn’s first time being interviewed and anticipated tears. Carillo began by asking, “What was Rod like as a little boy? Did he always love sports? What do you think made him so good as the “Voice of Auburn”?” Her goal was to begin the interview in a happy place before getting into the accident. One notable and moving quote from his mother: “It is against the laws of nature to bury a child.”

Jan’s interview – This turned out to be the longest of those interviewed. Jan answered questions for 2 hours. She and her husband, now in their mid-50’s, are first-time parents.

Shelby’s Interview – When asked how she began the interview with Shelby, Carillo said she started with simple questions such as, “What were your parents like?” and “Were they strict?” Easy questions to begin the conversation. Shelby was very close to her father and Joshua was tight with his mother.

Joshua’s Interview – The siblings were interviewed separately, with Shelby going first, at the Burcham house. When it was Joshua’s turn, Shelby offered to stay for support.

Carillo pointed out that in an interview if a producer felt she skipped a question or did not properly follow up on an answer, she welcomed interruption to call attention to it. “I want it to happen right there. I want to get it right. I’m not offended if someone stops me while doing the interview.”

Footage:
Key items needed for B-roll: The intersection where the accident occurred. It is the major intersection in town. Carillo said the kids must drive through it on a daily basis. There is a memorial at the site, with an Auburn flag and football.

Film and sound from the game with some play-calls from Burcham.

A walk-in-talk with Burcham. Right before they began, Burbank pulled Carillo aside with a change of plans. Burbank wanted to make this the open, going against her original thought of using it as an interview placed within the story. It’s a fine example of how, as a story evolved, intuition and a ‘gut feel’ changed the direction from what they had originally planned.

From here, the story will go into a five-day edit. Burbank and Lorenzo will work with an editor to piece the puzzle together. Lorenzo has found and received clearance for any past game footage needed.

The Thursday before the piece is set to air, there is a peer review. All producers gather to review the weeks upcoming stories and provide their take. “I think part of the reason this show is regarded so highly is because there is so much rigor to get on-air,” said Carillo. Depending on how well a producer can make his/her case, any necessary changes are made throughout the weekend.

“There is so much obligation to do a story justice. It becomes a group effort. And is very collaborative. The editor will have a great idea, a certain shot or a few quiet seconds, those little things can add to a story.” Carillo expressed what an emotional story this was to work on, but one she was happy to be a part of.