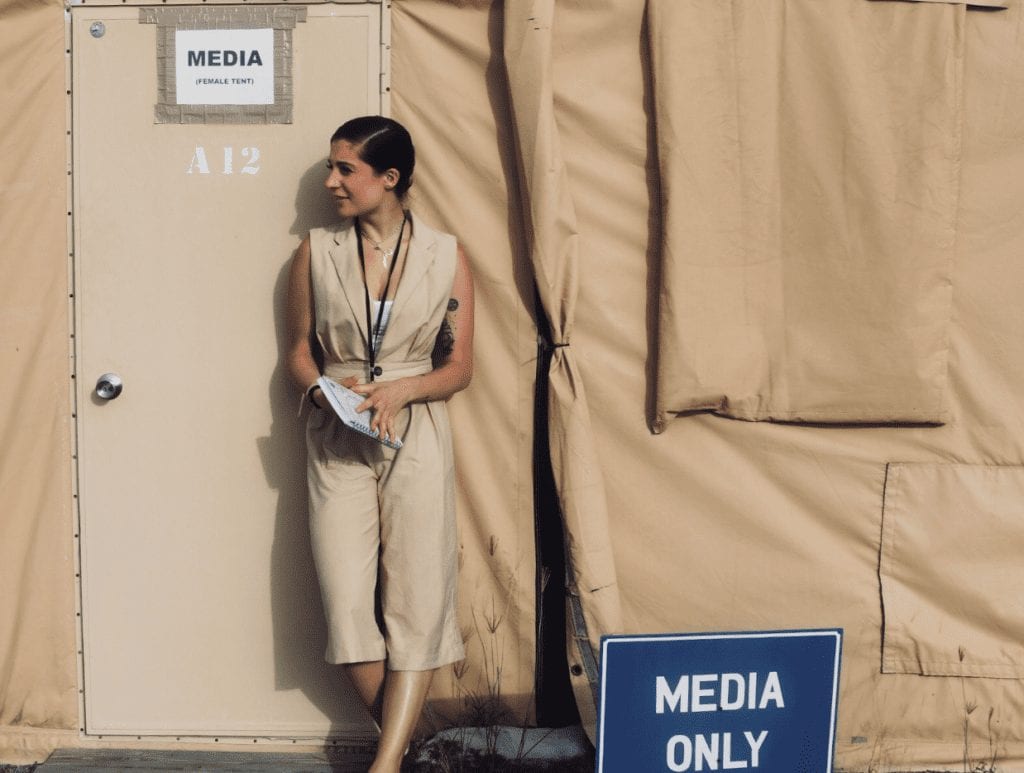 NEW YORK- Leila Barghouty is a Palestinian-American journalist and filmmaker based in New York City. Her work focuses on human rights issues and on long-term investigations of military, intelligence, and law enforcement. She has written and or produced for VICE News, National Geographic, CNN, Netflix, Forbes Middle East, and Roads & Kingdoms. She is also a staff producer at AJ+ and host of “No Fly List“ podcast on iTunes. Barghouty frequently covers the 9/11 proceedings in Guantanamo Bay. She holds a master’s degree in journalism from Stanford University and earned her bachelor’s degree from the University of Michigan.

In a phone interview on September 27, 2019, Leila Barghouty shared with The Click how she reported and wrote a story on a Guantanamo Bay restaurant for Roads & Kingdoms. Barghouty’s story takes place in Guantanamo Bay, also referred to as Gitmo, a United States naval base in Cuba, notoriously known for its prison. During Barghouty’s visits to Guantanamo Bay to cover the military tribunals of alleged Al Qaeda operatives, she became interested in writing an article about one of the only eateries in Guantanamo Bay called Rasta Hill.

Rasta Hill is a Jamaican hangout spot in the Naval base of Guantanamo Bay that serves Caribbean food. While grabbing a bite to eat at the restaurant, Barghouty realized there was a story there. The restaurant was one of the only spots on the base that served warm, flavorful food and, though she had never written a food article before, she knew she should pitch it. She sent her idea to the photo editor of Roads & Kingdoms.  Roads & Kingdoms is an online publication that explores culture and politics through food and travel.

Barghouty then sent a cold email to the editor of Roads & Kingdoms with a couple of paragraphs of what the article would entail and the pitch was approved. What she found was that her idea would lead to more of an investigation on exploitative labor practices migrant workers face in the entire city of Guantanamo Bay.

The challenges Barghouty faced during the reporting and research process in writing her article were significant.  With a direct order not to engage in conversations with third-party nationals from the United States military, the task seemed impossible.  Barghouty was escorted around the island by United States military and was not allowed to take photographs. During her routine visits escorted by the military to Rasta Hill she could not openly asked the employees for their contact information, nor identify herself as media.

Barghouty left Guantanamo Bay at the end of her project, but didn’t give up on the Rasta Hilll story. When she returned to the United States, she decided to use social media to her advantage.   Barghouty used a feature on Instagram to search for non-uniformed residents of Gitmo and sent them direct messages asking for their stories. Social media played a big role in the investigation and reporting, as Barghouty would not have been otherwise able to access these foreign workers.

Barghouty was shocked at the amount of money the workers were getting paid and the reasons why the United States military had blocked her access to the stories.  These third party nationals, as they were referred, are paid as little as $1.50 US dollars an hour according to Barghouty.  The Department of Defense contracts the lowest bidders. Jobs posted for government contractors on the Navy’s Morale, Welfare and Recreation Department’s Facebook page for Guantanamo Bay had jobs listed for foreign nationals at hourly rates as low as $5.04 according to Barghouty’s article.