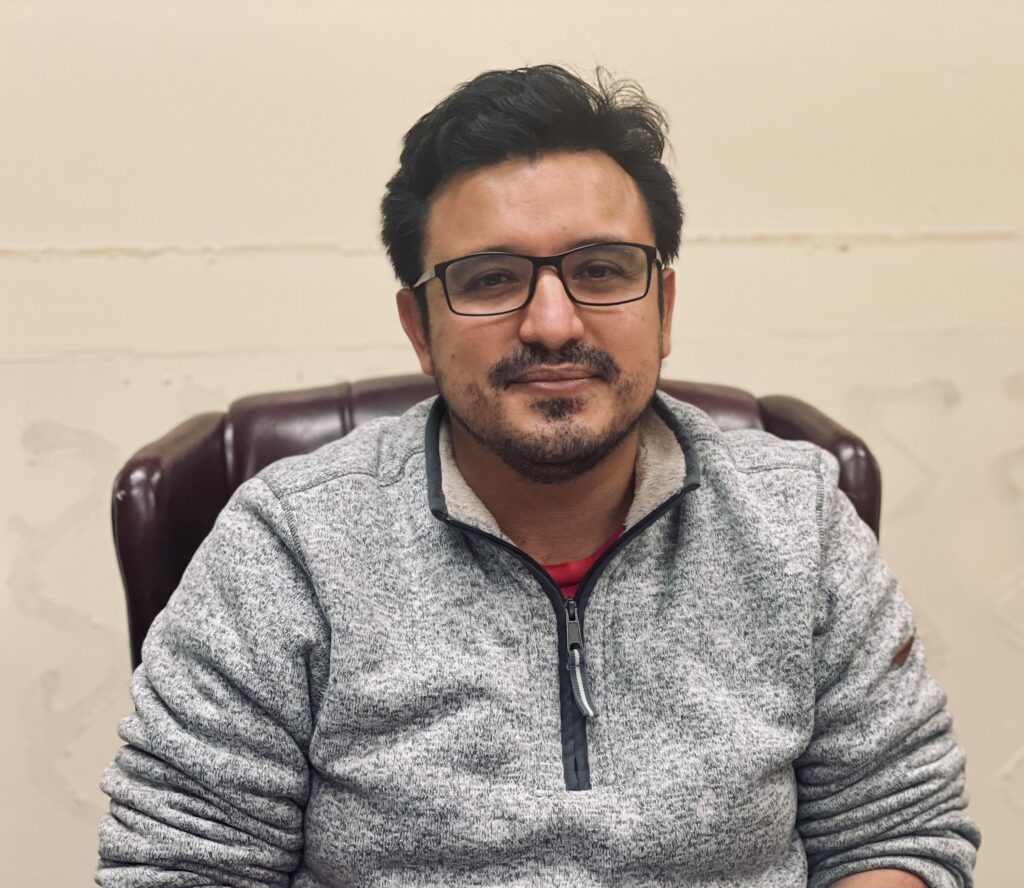 (CHICAGO) — Members of Chicago’s city council met on Oct. 20 to negotiate how to allocate close to $2 billion in federal aid, which includes $44 million set aside for 300 jobs in the city’s police department. That funding has caught the attention of progressive council members, who want to budget it for more public services. One of the progressives proposing this is Alderman Byron Sigcho-Lopez of the 25th ward, one of the city’s legislative districts.

Since 2019, Sigcho-Lopez has represented the Lower West Side, Chinatown, and parts of the South Loop. The Click had the opportunity for an in-person sit down with Sigcho-Lopez to talk about the current state of crime prevention in Chicago.

What are some of the changes that public officials are suggesting to resolve the problem of rising crime in Chicago?

I proposed an amendment to the city budget to relocate $15 million to put towards resources for community development. There is $1.9 billion available, and instead of giving the police department an 11% increase, it can go to services that will make a difference. There are so many factors that lead to crime: mental health, trauma, lack of programs in communities, unemployment. We need to look at the data and the facts and not rely on policies that have failed.

Investments in mentorship, after-school programming like our digital media program, have been shown to work. We are working with families in our communities, giving them support, and building trust.

The mayor’s office and the police force seem to have hyper-fixation on guns and gun violence (as if the city eliminates firearms, Chicago will magically become an oasis). What is your take on that?

Their focus is on public relations and making policies that look good for headlines, but they lack effectiveness. Like I said before, we need to invest in restorative justice and mental health. The suicide rates for young adults, especially African American men, are high — and that is a huge problem. We need to stop focusing on policies of the past. Yes, there are guns, but we need to think about the people who feel the need to carry guns because they don’t feel safe in their neighborhoods.

In the 25th ward, there is the Lower West Side, Chinatown, and South Loop. Demographically, there are many differences in racial makeup, language barriers, and income. How do you approach the different needs of these neighborhoods?

We consult with community members to hear of the specific needs of their neighborhoods. Just recently, I had a sit-down with community leaders. As you mentioned, there are language barriers, so some residents don’t feel comfortable reporting a crime. Chinatown, for example, has a large commercial area, and its needs are more focused on crime-preventative infrastructure.

In an ideal world where you get the proposed funding, how long do you think it will take to see change? To develop and implement these programs?

Ideally, in the winter, when things slow down, we will assess and look at the last summer and what needs our focus for the next, and that can happen soon.