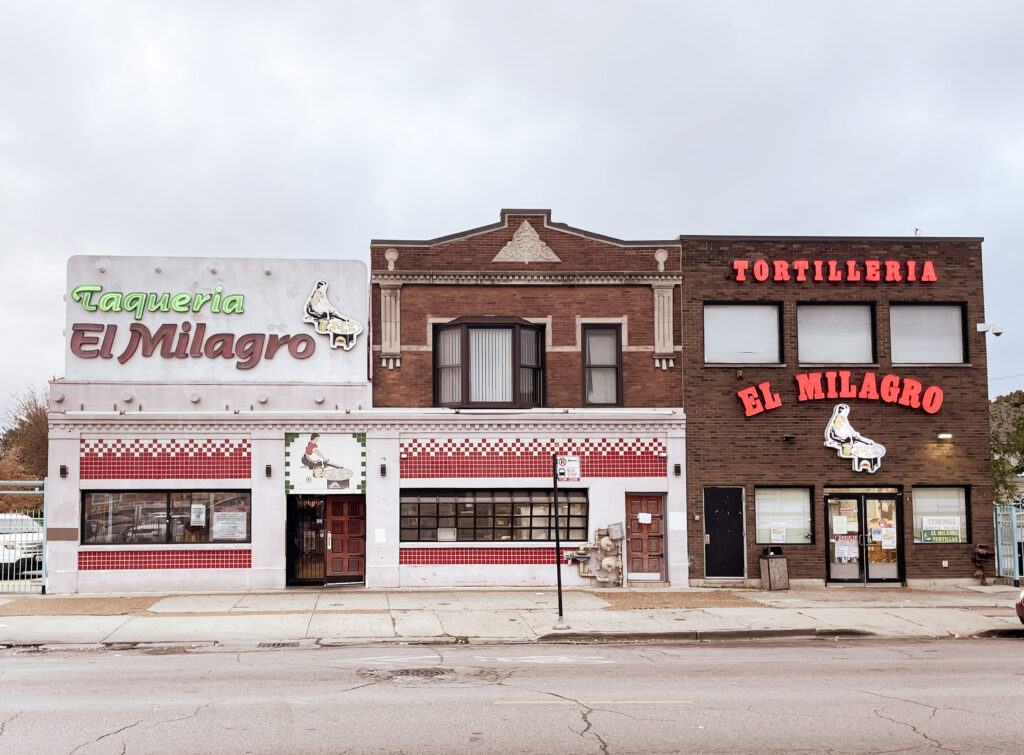 (CHICAGO) — Workers at the El Milagro tortilla company in Chicago’s Lower West Side staged a walkout on Sept. 23 to protest what they said are poor working conditions and unfair wages after claiming the company ignored their pleas for change

In response to their pleas, they said that El Milagro locked them out and that they had to call police to access their personal possessions so they could go home.

Shelly Ruzicka, the communications and development director with labor organization Arise Chicago, told The Click on a phone call that participating workers were allowed to return to work by asking permission from human resources. Armed and unarmed security guards were posted at the entrance that night and the following day, she said.

“These talks have been going on for months,” Ruzicka said. She made it clear that the workers are in the driver’s seat and that the labor organization is providing logistical support.

“Workers at each location have different needs,” she added. “In the beginning, it was the lack of COVID-19 protocol; now it is production-line safety and machine speeds.”

Workers at the production site even created their own committee to centralize complaints and organize action, Ruzicka said. There have been talks to strike, but workers informed organizers at Arise Chicago that El Milagro threatened termination of any employees who joined.

Ruzicka told The Click that workers still have not had the opportunity to sit down directly with El Milagro to discuss their demands. Per Ruzicka, workers have filed an “unfair labor practice” complaint against El Milagro with the National Labor Relations Bureau. In a follow-up correspondence with The Click, Ruzicka confirmed the workers will be interviewed by the bureau.

El Milagro will have to respond to the workers’ complaint before an NLRB investigator issues a recommendation for resolution.