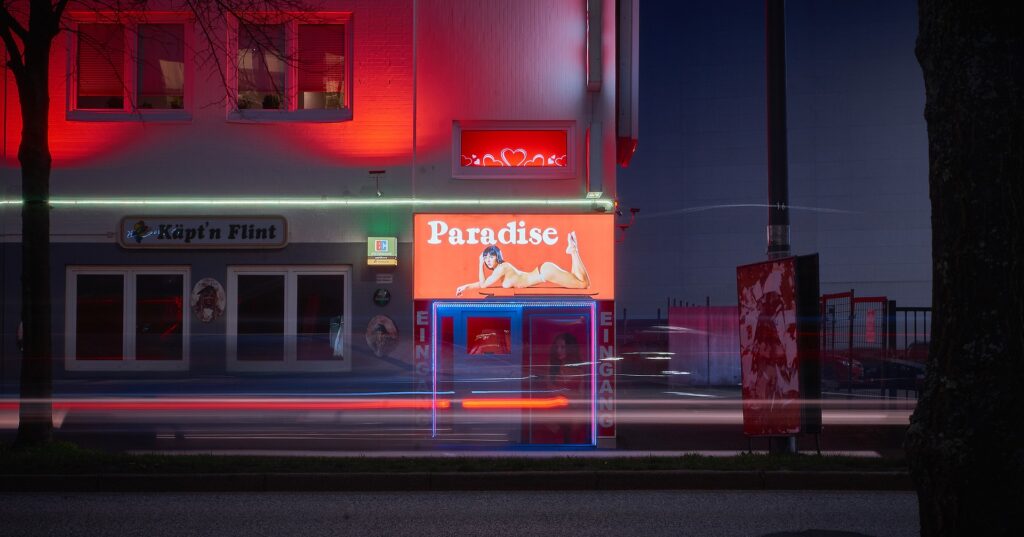 Photo by moinzon via Pixabay

(BAYONNE, NJ) — Undercover reporting when done correctly can be a powerful tool that leads to public justice. However, it is controversial because it can weaken public trust in the media. According to the Radio Television Digital News Association (RTDNA), journalists must only go undercover when there are no other options to retrieve the information needed. The reporting must also be truthful. In short, the use of undercover journalism must only be done when it is vital.

One of the stories that have relied on undercover reporting is when Journalist Amos Roberts of NBC’s Dateline teamed up and went undercover with the founder and international president of Destiny Rescue Tony Kirwan to uncover a criminal underworld of pimps and their victims in March 2018. It is one of the first stories I have seen and read that opened my eyes to the importance of journalism and pushed me down this career path. The story, which features an article titled “I pretended to be a paedophile” and a documentary titled “How to Catch a Pimp” exposes the reality of secretly trafficked children into prostitution in the Philippines.

According to a 2016 report by the global anti-child exploitation network ECPAT International, an estimated 60,000 to 100,000 children, typically poor girls aged 14 to 17, are trafficked each year in the Philippines. While prostitution is largely tolerated, it remains illegal in the country. As for the start of the COVID-19 pandemic, the Philippines, which was labeled as “the global epicenter of the live-stream sexual abuse trade” by UNICEF in 2016, reports a 264% increase in online sexual abuse and exploitation of children. Sex workers under the age of 18 are considered trafficking victims. Journalist and filmmaker Roberts along with his Dateline team visited the Philippines to tell the story of Kirwan and his operation that sought to save children caught in sexual exploitation.

Kirwan founded Destiny Rescue in 2001, a Christian charity based in Thailand that operates in multiple countries and has three funding nations including the USA, Australia, and New Zealand. The team goes undercover in brothels and bars to gather the evidence needed to build a legal case against sex traffickers. According to the organization’s website, it has aided more than 300 arrests and 7000 rescues since its inception.

In Dateline’s undercover reporting, Roberts documents the biggest raid then undertaken by the Philippine National Police at a brothel compound owned by a retired politician. It was reportedly a rescue mission that had failed the previous year and was planned for months. Filmed in March 2018, Roberts and his Dateline team were able to document the year’s semi-successful operation, which had identified 67 trafficking victims and led to the arrest of four pimps.

Besides the raid with the law enforcement, it was Roberts’ undercover reporting and anonymous sourcing that made the story striking and alarming. He immersed himself in sex exploitation by joining Kirwan posing as a sex tourist and a pedophile in bars. Through this encounter, the documentary shows its viewers that in order to find exploited children, having access to a shadowy underground and posing as a pedophile is the only way to retrieve information. In the article, Kirwan explained the reason for his failed missions before finding the best way to rescue trafficking victims.

“When we first started, as soon as we saw a kid in a bar we’d call them over and tell them who we were and we had 100 percent of the girls say no. It took us about six months to work out what that problem was and it was they just didn’t trust us,” he said.

This helps justify the need to go undercover for Roberts and his team. Conducting interviews with police officers, bar owners or customers alone may only lead to some information that still requires verification.

Roberts went about the story in a calculated and sensible manner. He wanted to report on the modern slavery many children in the Philippines go through, but also understood that he was no undercover cop or social worker nor Filipino. Teaming up with Kirwan was an ethical way of using undercover journalism. Roberts could have gone undercover with his own team but working with Kirwan and the local police allowed for a more truthful narrative.

Moreover, I believe the Dateline team handled the sensitive topic well, leaving little room for what could have gone wrong. The team followed RTDNA’s criteria of justifying the use of a hidden camera. While other alternatives for obtaining underground information had been exhausted, the subject is also of profound importance that hopes to prevent harm to the sex trafficking victims. Dateline was also able to disclose the nature of going undercover as pedophiles and at the same time have the deception outweigh any harm caused by the act of deceiving. Moreover, Roberts conducted a meaningful, collaborative, and deliberative decision-making process on the ethical and legal issues of undercover reporting. During the raid, the faces of the women and men were blurred out in the documentary, as were those of the girls in the bars and those rescued. Roberts pointed out Dateline could not film the police’s briefing before the raid. It made perfect sense as it is confidential information that could jeopardize future operations.

Roberts pursued a dangerous story that could have led to a shootout during the raid. He also risked the possibility of lowering the chances of the victims being rescued if Dateline’s cover was unexpectedly exposed.

“I don’t think I could do this work. If you can’t simultaneously convince a child that you’re her protector, and convince her pimp that you’re a predator, then you’ve failed – and the consequences of failure in this line of work are awful to contemplate,” Roberts wrote.

But with luck and a good plan with the whole team involved, the story became a success with the risk and price of witnessing what could have been traumatic events. The documentary featured PREDA Foundation, a charity that rehabilitates victims of sexual abuse and trafficking, and the article included an interview with Marlyn Carpio-Richter, the manager and paralegal officer of the foundation, on her childhood experience of sexual abuse and her present mission for the children. Besides clips of the young girls playing and learning, viewers were also shown a powerful scene of the vulnerability of the young girls crying and screaming in pain and anger during a primal therapy session with Carpio-Richter.

While 67 trafficking adult victims were rescued, the story may seem unsuccessful since the effort was unable to find children, but to Kirwan, “It’s still a victory regardless of the numbers.” According to the police, someone had visited the compound before the raid to take away several young girls. While I was disheartened, I realized that this is just the reality of undercover operations in the Philippines.

In the end, I believe the story gained more value as a result of the anonymous sources and the failure and success of the undercover investigation. By sharing it truthfully as Dateline had done, it made the story more believable and powerful. The report shared a story that could stir public and government conversations and, one hopes, eventually lead to solutions and change.