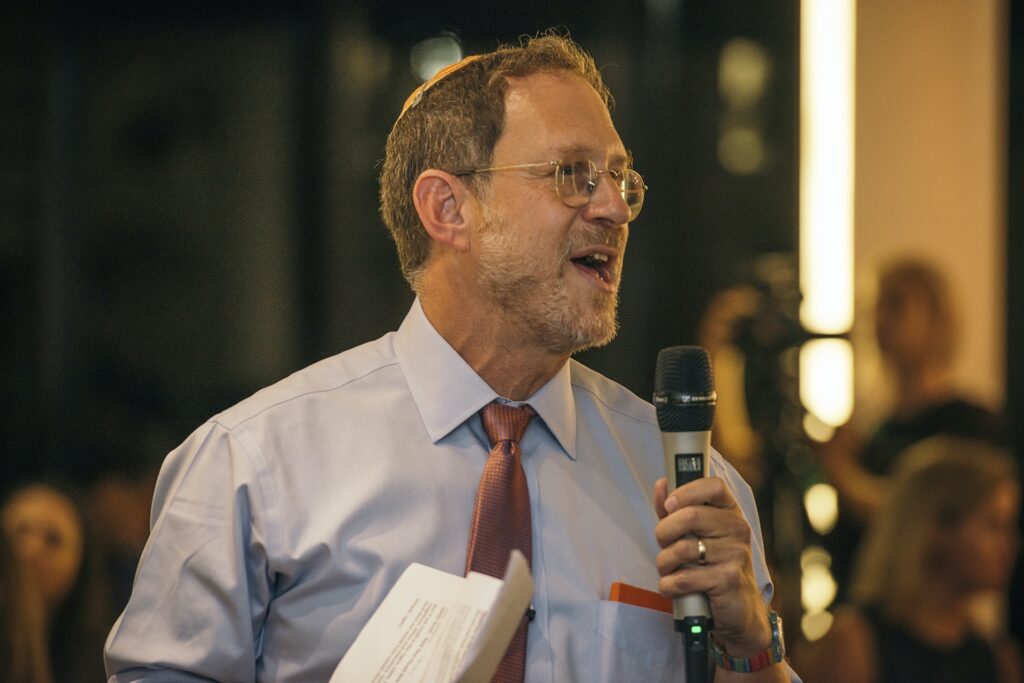 How the Civil Rights Movement Gave Birth to an Israeli Activist

(BE’ER SHEVA, Israel) — Yosef Abramowitz, a white Jew, credits his very birth to the Black struggle for civil rights in America. His parents were heavily involved in the movement during the 1960s. As a college student, at Boston University, he had his own interactions with the global fight for Black rights which greatly influenced his life.

An Israeli-American activist and entrepreneur Abramowitz has been co-nominated for the Nobel Peace Prize three times and last year was nominated as an individual by 12 African countries for his work bringing solar energy to the continent. He is currently president and CEO of Energiya Global, a company based in Israel with the mission of expanding access to renewable energy throughout the world. Energiya was a founding member of President Obama’s “Power Africa” initiative. 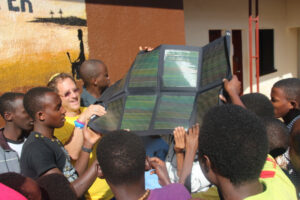 The Click sat down with Abramowitz to discuss how the civil rights movement influenced him and his family in their mission to create a better world.

The Click: Can you tell us how your father’s experiences in the civil rights movement affected you?

Abramowitz: I have in our living room a postcard that my dad wrote me when I was one year-old. It was the summer after the three civil rights workers were killed and he was going down Mississippi as a civil rights worker. He wrote me a goodbye letter just in case something happened to him.

That was two years after [Martin Luther King Jr.’s] “I Have a Dream” speech. My dad, like many people, particularly Jews in terms of whites, was present and inspired by King’s words.

I was born three weeks early on May 4, 1964. Eight months and one week after the “I Have a Dream” speech. I don’t know if it was passion or good luck, but I owe my very existence to some magical dynamic between my young idealistic, and I think petrified, parents and the events of that time.

The Click: You were on the student committee of the Dr. Martin Luther King Jr. national holiday commission, how did you end up there and what was it like?

Abramowitz: It was a wonderful accident of history.

Rabbi Stanly Ringler was connected to B’nai Brith, a Jewish organization that was given a few slots on the student committee. I had been a leader of the anti-apartheid movement at my university and Rabbi Ringler thought I would be a good representative of the Jewish people.

I had the privilege to say I worked with Coretta Scott King on the project. She didn’t want the national holiday to be like Lincoln’s birthday or Washington’s birthday. She wanted it to be a day of service. We took that vision back to the Jewish community and tried to make her vision a reality.

The Click: Did you have any other interactions with Coretta Scott King after that?

Abramowitz: A year later, she secretly reached out to me. I met her at a hotel with her assistant. Dr. King had gone to Boston University, where I studied. Elie Wiesel was my professor there and worked in the religion building on the top floor, where Dr. King had done his work. I helped get Dr. King’s papers from BU to the King Foundation.

The Click: Have you in turn tried to pass down these values to your children?

Abramowitz: We have five kids and each one is unique. When they are young you have fantasies of passing down values, traits, and passions. All of our five kids share the values of equality and fairness and express it in different ways in their lives.