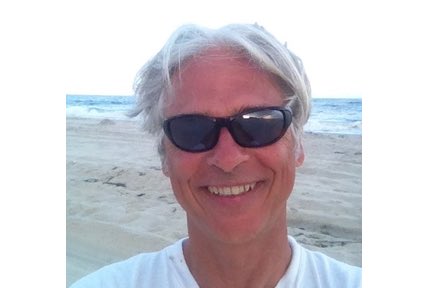 (NEW YORK) — Dale Jamieson’s approach to the climate-change crisis is stripped of buzzwords and glamorized solutions.

He’s a professor at New York University, where he founded the influential Environmental Studies Program. But Jamieson has been involved in the subject since 1980, long before environmental issues were making headlines and resulting in global protests.

During his career, he’s adapted his own unique philosophy and perspective. For Jamieson, it’s clear that we have an urgent problem at hand but no easy way to solve it. This thinking influences the way he prepares students looking to address the crisis, using a combination of philosophy, ethics, law, history, and human reasoning.

The Click spoke with Jamieson via Zoom to discuss his career, explain his self-proclaimed “realist” approach, and share solutions for those who feel helpless by the gravity of the problem.

You’ve published multiple books and articles, and you frequently speak at lectures explaining your unique view of climate change. How were you first introduced to the subject?

The way I got involved with climate change is sort of the way people really get involved with anything that turns out to be a lifelong passion, and that is randomly or serendipitously.

[In 1980] I went to the University of Colorado as an assistant professor, and the most interesting people around town turned out to be climate modelers. I got interested in climate change for sort of the same reasons someone might have joined a chess club, and then it just became such a fascinating issue.

During the Royal Institute of Philosophy event last November, you quoted Mickey Glantz’s perspective on climate change, “Think like a pessimist and live like an optimist.“ How has this motto led you throughout your career?

Mickey Glantz, who ran the Societal Impacts Group for the National Center of Atmospheric Research [at the University of Colorado], turned out to be one of these amazingly farsighted and charismatic people who had a huge impact on the field.

It’s very hard, if you’re in the climate change world, not to be pessimistic. In America, we have this thing where Hollywood movies come with happy endings; that Batman will come in at the end and save the world from the Joker. But the real world isn’t really like that.

Every day you’ve got to get up and try. The world isn’t a determined place; we get the world that we make — the world, in that sense, that we deserve.

During the same event, you said, “The situation is hopeless, but it should not delay us from doing our best.” It seems we have reached a point where the only way to adapt is to reinvent our infrastructure. Do you believe solutions like these “are our best”?

It matters what we do on this mitigation side because how long it will last and how terrible it will be, depends on how much we do now.

But there is something more profound here. The idea is this: We tend to have this mental model that we have a stable climate, right? And then humans kind of come along and upset the applecart, and now we’re going to go into another climate machine, and so we have to adapt to that, and now that’s going to be stable.

But the fact is, if you look at human history, we’re constantly in this negotiation with nature.

I worry a little bit about thinking about this in terms of adaptation. [It] misses the inevitably dynamic relationship with nature.

As the founding director of NYU’s Environmental Studies Program, what has been one of your greatest achievements?

I think we built something very unique here. It really is the bringing together of science, social science, and the humanities to try to think in a holistic way.

That was the ambition in creating the Environmental Studies department, and I think we’ve been really successful in doing that.

It is easy to feel overwhelmed by the weight of climate change; what solutions can you offer?

It doesn’t matter what the issue is. If you define success as changing the world at the macro-level, you will find yourself constantly in frustration. You have to measure your success in a more personal way.

We say we have these values, and whatever those values are — environmental, animal, welfare, anti-racist — the first thing to do is to align your behavior to those values.

Does that make a difference in the larger world? Well, maybe it does, maybe it doesn’t. But if you don’t align your behavior to what you claim to be your values, you can be sure that whatever happens in the world, it isn’t going to be in the direction of your values.

The larger world is built out of those small choices that individual people make.