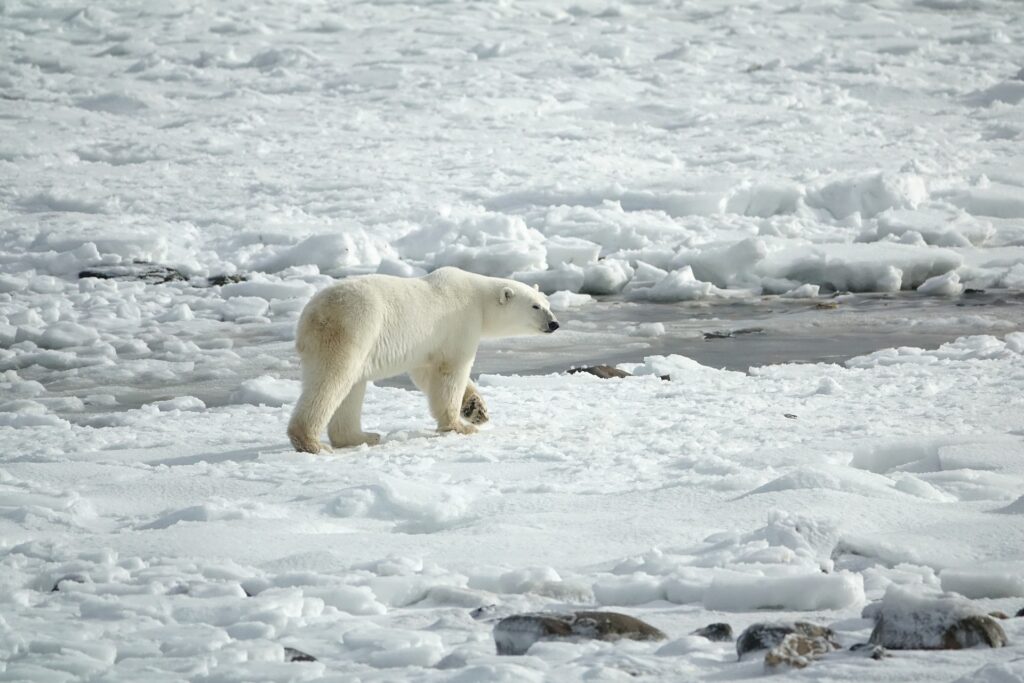 Image by Margo Tanenbaum from Pixabay

(LONDON, UK) – Breaking Boundaries, a Netflix documentary narrated by Sir David Attenborough, a British environmental broadcaster, released earlier this summer, shows how human actions have damaged the earth’s environment to its “tipping point” of no return.

“The most important scientific discovery of our time– [is] that humanity has pushed Earth beyond the boundaries that have kept Earth stable for 10,000 years,” Netflix said about the documentary.

Attenborough provides evidence through various testimonies from leading scientists in the field, laying out how humans have irretrievably damaged the Earth’s environment, climate and biospheres.  The documentary presents irrevocable visuals of the dilapidation of the Amazon basin, melting glaciers,  loss of biodiversity across the planet, damage caused by bushfires in the 2019-20 Australian summer, and the bleaching of coral reefs, all of which are captured through the series’ editorial and journalistic vision.

“We are heading for a future where the Great Barrier Reef is a coral graveyard,” Attenborough says.

Attenborough’s intention is clearly to shake everyone into action by showing that if humanity doesn’t act immediately, it would be too late to save our planet. “The science is clear on what humanity needs to do,” Professor Johan Rockström, one of the scientists interviewed in the documentary says.

Attenborough emphasizes how the Earth’s climate is almost at its tipping point of no return by showing the emotional toll this issue is taking on the scientists’ studying it.

Professor Terry Hughes, Australia’s leading coral scientist, breaks down in tears while talking about the decline of Australia’s coral reef due to the increasing temperature and acidity of the ocean.

“It’s a job I hoped I would never have to do because it’s actually very confronting…” Hughes says.

Australian scientist Dr. Daniella Teixeira  poignantly says,  “There’s no sign of any wildlife at all,” and “there’s nothing left” while walking through a landscape of burnt, mangled, and blackened animals in the aftermath of the Australian bushfires

This documentary serves as an excellent piece of advocacy journalism because it makes its case by showcasing interviews from various climate scientists, provides scientific evidence through experts and research, while also curating videos of actual environmental damage. It offers scientific information of which the public needs to know. It also brings the crisis alive for its viewers by using great visuals. One of the most haunting of these being the video of a solitary, skinny, and confused polar bear drifting alone on a tiny piece of ice in the vast blue ocean.

Attenborough could have made it more objective by giving voices to a small scientific community who argue that human activities do not cause climate change. He also touches little on how animal agriculture contributes to increasing carbon dioxide emissions.

Regardless, the documentary would pave the way for further pieces of advocacy journalism which would show the impact of climate change by taking their viewers to the very places bearing the brunt of the crisis through videos, images, and taking them directly to the scientists studying it.

The message advocated by the documentary that everyday people can and must put in place the solutions to keep our planet habitable is likely to make at least some skeptical viewers think twice about how human activities have brought the Earth to its brink, and jolt them into action.

“The future is not determined, it is in our hands,” Attenborough says.