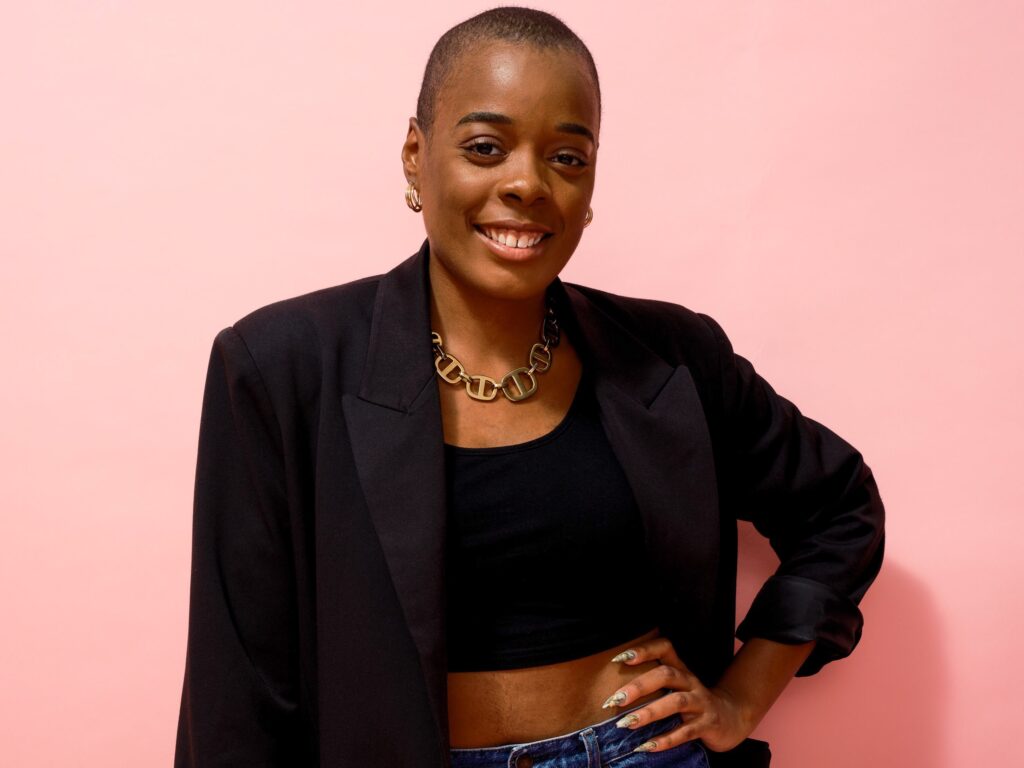 Michelle Johnson worked as a coffee journalist, educator, and training manager before becoming the first Black woman to compete in the U.S. Barista Championship in 2020, nearly 20 years after the first barista champion was crowned. Johnson brewed her first cup of coffee as a professional barista in 2011, when she was living in Washington, D.C. Today, she’s made a name for herself as the chief strategy officer of Ghost Town Oats, an oat milk brand she co-founded in December 2020. Johnson spoke to The Click from Los Angeles about the U.S. Barista Championship, inclusion in the coffee industry, and Ghost Town Oats.

Michelle Johnson: The U.S. Coffee Champs in general is five or six different disciplines if you will. And the barista competition is one of them. You have to produce 12 espresso-based drinks –  so three courses, four drinks per course – for the sensory judges. It’s a 15-minute routine altogether.

Michelle Johnson: As soon as I learned that there was something that could like solidify my skills, I was like, “Oh, this is for me.” The whole time, I felt like it was just sort of like surreal being there. I was proud of myself just because I made it that far. I was like, you know, I’m just going to get there. And I’m going to be myself. I’m going to show out. I’m going to say what I need to say.

The Click: Were you surprised that you were the first Black woman barista to compete in the U.S. Barista Championship?

Michelle Johnson: Because I’d already been so deeply rooted in talking about race and gender and coffee, I wasn’t surprised that I was the first one. But I also was just like, this competition has been around for almost 20 years. And I am the first one. I’m praying that in the future, there are more [Black baristas competing].

And I hope that the next time I compete, I’m still not the only one.

The Click: Do you think the coffee industry is catered more to white people?

Michelle Johnson: I think it is. It’s more catered to like upper class or people who you know, have access to try new things. And coffee has become one of those things. Society in general has just grown used to catering more to white people anyway. While as a whole, the coffee industry caters generally to the white crowd, it doesn’t have to be that way. There are people who are very intentionally creating space for everyone else, and they are having just as much success as other coffee shops.

The Click: Why did you start your oat milk brand, Ghost Town Oats?

Michelle Johnson: We want to give everyone a non-dairy option that felt like it was for them and that we were seeing them. There are people who don’t have access to these products, who would really benefit from them.

Black and brown people are typically more lactose intolerant than other people. And then, like those who live in working-class neighborhoods and zip codes often don’t even have a grocery store near them. And if they do, the products that they offer in those stores are nowhere near the same offerings as a grocery store in a more upscale zip code.

We are the type of people that believe that high-quality oat milk should be at 7-Eleven. We’re not just trying to be at Whole Foods and Erewhon. We’re creating a product for people who are abandoned, who get left out of the conversation and who don’t have access.

The Click: What three words would you use to describe the coffee industry?

Michelle Johnson: Skilled, driven, and this is a hyphenated word, but community-oriented. 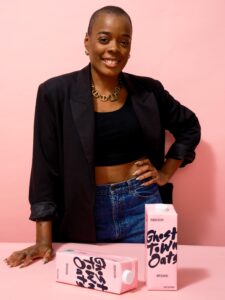