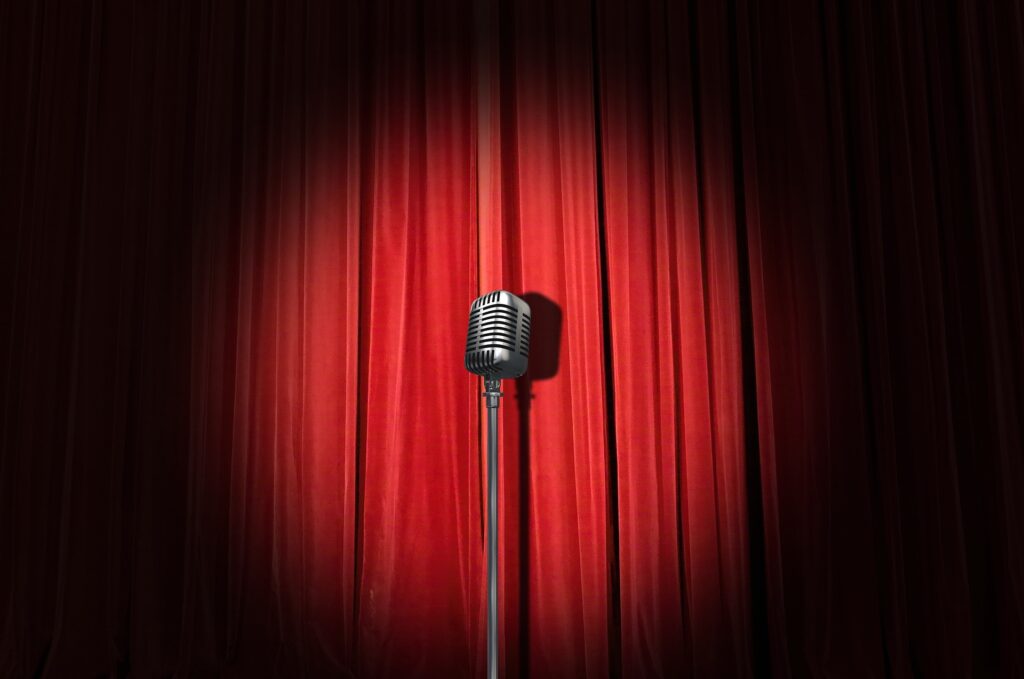 Image by Tumisu from Pixabay

Comedians Can Be Journalists: The Case for Walter Masterson

(CHICAGO)—Walter Masterson is a white, male comedian known for his political satire and man-on-the-street style interviews. He attends political rallies and events in character as a supporter, talks with other attendees, and films it. Often a friend or fellow comedian joins him to help capture footage. Videos with titles like “Trolling a Pro-Life Rally in New York” and “Getting MAGA to Love Communism” populate his YouTube channel, which has over 42,000 subscribers and nearly two million views. On TikTok he has 1.1 million followers. Though Masterson doesn’t identify as a journalist, he performs courageous acts of journalism and delivers timely, news-worthy content to the American public from the front lines.

In the past several years, Masterson has posted videos of himself at Trump re-election events, pro-choice protests after the Supreme Court overturned Roe v. Wade, a school board meeting dedicated to discussing critical race theory, and the Jan. 6th insurrection. He typically shows up as a far-right conservative donning a red “Make America Great Again” hat, a Trump 2024 t-shirt, or anything with America’s stars and stripes plastered on it. As he stated on his way to Washington, D.C., on Jan. 6th, “you gotta blend in.” These outfits, combined with Masterson’s easy-going demeanor and incredible ability to remain in character, make it easy for people to open up to him.

The genius of Masterson’s journalistic work lies in his ability to highlight the hypocrisy—or absurdity—of a belief by simply restating it. Take the video titled, “I get MAGA to understand Police Reform,” for example. In the video’s description, Masterson writes, “I don’t think I changed any hearts and minds, but it’s important to illustrate that they understand the concept of police reform perfectly well as it relates to them.” He uses the FBI raid on Mar-a-Lago, for which the FBI legally obtained a search warrant, to initiate a conversation with conservative constituents about the dangers of no-knock warrants. One woman, holding a Trump 2024 sign, agrees the FBI should be defunded when Masterson brings up the notion of police having too much power, a traditionally liberal sentiment. The woman even uses the word “abolish.” By applying the argument for defunding the police to a person this woman supports, Masterson seamlessly achieves his goal.

In another instance, Masterson attends a gun show in Philadelphia in character as a teacher searching for a gun to arm himself with, in the event that an active shooter enters his school. He tells a dealer he wants a firearm small enough for a student to use, should Masterson be shot. A gun enthusiast overhears this and recommends a Smith and Wesson Bodyguard because it “fits in your pocket” and is small enough without the recoil of say, a 9mm handgun. Masterson masterfully lays bare the reality that many people in America think arming teachers—and even school kids—with firearms is an appropriate response to gun violence. He also gives viewers an inside look at an event many have never attended and therefore cannot fathom.

Masterson also excels at making sure the interviewee feels heard and appreciated for sharing their views, regardless of whether or not the views make sense. At the Jan. 6 insurrection, he spoke with a first nation woman from the Lumbee Tribe of North Carolina. She wore a bright yellow t-shirt underneath a fleece jacket that said “Lumbees for Trump.” According to her, when Trump visited the tribe’s county the year before, he promised “on faith” to federally recognize the Lumbee nation. When Masterson asked if her community has been affected by Covid-19, she softened, saying their numbers are high. The conversation turned into a discussion about how the benefits provided by Medicare for All, a plan Trump emphatically opposed, would help her community thrive. He sympathized with her while exposing a politician’s empty promises to a group of people actively suffering because of policies working against them.

“I am not a journalist,” Masterson told Newsweek in March. “I come to these rallies to make comedy.” While his aim is satire, Masterson gives his followers a front-row seat to events that illuminate the state of the U.S. today. He is a documentarian who captures real moments with real Americans expressing their First Amendment right to freedom of speech. In a sense, he is a war correspondent, delivering updates from the front, even if the front is just two states away.