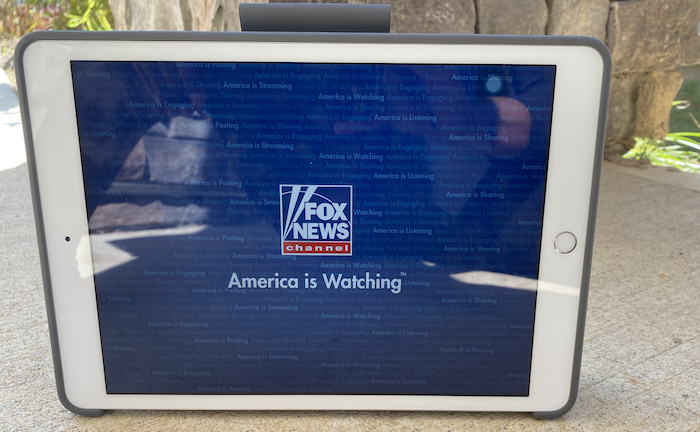 Commentary: Calling Fox News Into Question on Their Practice of Journalism

(ATLANTA) —For most professionals, the main mission is clear: teachers tech, doctors heal, and architects build. This is not always the case in journalism. Even defining what makes a journalist can be unclear, and the mission can vary from individual to publication. The Pew Research Center, a non-partisan think tank, outlines four main principles to help identify and define journalism. Those principles state that journalism and journalists must stay loyal to the public, have a commitment to the truth, validate all facts, and remain as unbiased as much as they can. This would imply that if one sticks to these principles, they should be considered a journalist.

These loose parameters can create a gray area for the people, publications, and corporations that practice journalism.

Who seems to fall into the gray area? One group that is often cited in the “is this journalism?” debate is partisan media organizations. In the United States, Fox News is a media organization that consistently comes under fire for abusing the principles of journalism.

Fox News appears to cater to conservative readers and viewers. While working under a political ideology is not inherently bad, Fox News’ journalism is questionable based on the stories they produce and the information they choose to include and disregard. The media organization has created a fanbase around producing content that appeals to “43% of Americans” and “65% Republicans.” These percentages gathered by The Pew Research Center in April 2020 show that there are people who trust Fox News as a reliable news source.

Are they practicing what most would consider to be ethical, unbiased journalism? No. And yet, when you apply the core principles to Fox News, some could argue that they are producing legitimate journalism.

First, Fox News has a passion and obligation for sharing truth — from a conservative perspective. As of 2017, their slogan moved from “Fair and Balanced” to “Most Watched, Most Trusted,” suggesting Fox News has the platform that people trust, and they intended to provide them with the stories they want.

One of the core principles says that journalists must remain as unbiased as possible. Fox News does not adhere to this principle because it does not have to. In America, the current political climate makes it difficult to escape biased opinions. Most information we consume is polarized. However, does their partisanship invalidate them as journalists? No, it does not. As long as their work serves the public and provides truth based on facts, Fox News works within journalism’s broad definition.

These two principles help connect Fox News to another one — by sharing conservative truths biased with their platform, they are staying loyal to their audience by making this information available. Even if you do not agree with anything they report, they share an opinion that can contribute to any argument or position. In contrast, 40% of people distrust Fox News. People who distrust the news publication would argue that Fox News does lie, spin truths, and omit information in an effort to be misleading.

Even if an obligation to the truth and an attempt at unbiased work were not qualifiers for journalism, Fox News would not qualify. We cannot ignore the most important principle, verifying facts. Fox News does not verify their facts or use any to back up their versions of truth. Having facts to back up the truth is essential because it helps connect personal accounts and agendas to reality. Fox News does not do that.

The channel spews biased reporting across its massive platform and is proving to be quite dangerous. Margaret Sullivan of The Washington Post reported in June 2020 that Fox News “may have kept millions from taking the coronavirus threat seriously” as a result of misleading reporting. Fox News reported inaccurate information about the virus and promoted false and harmful safety precautions.

Fox News is available in nearly 90 million homes. Ninety million people had the potential to consume this information and that is extremely harmful and dangerous.

Fox News could say they are practicing journalism because they stay loyal to the public by giving the public truths from a different perspective. However, everything this organization does must be called into question because they do not verify their facts and, as a result, they disseminate harmful information. They produce reports and shows that run on opinion and commentary alone. Their personalities employ journalism techniques and abuse them to reinforce a conservative narrative. Although some journalism is gray, let’s be clear, Fox News does not fall into the gray zone. Fox News are just people with a platform spewing opinions with no data backing it.