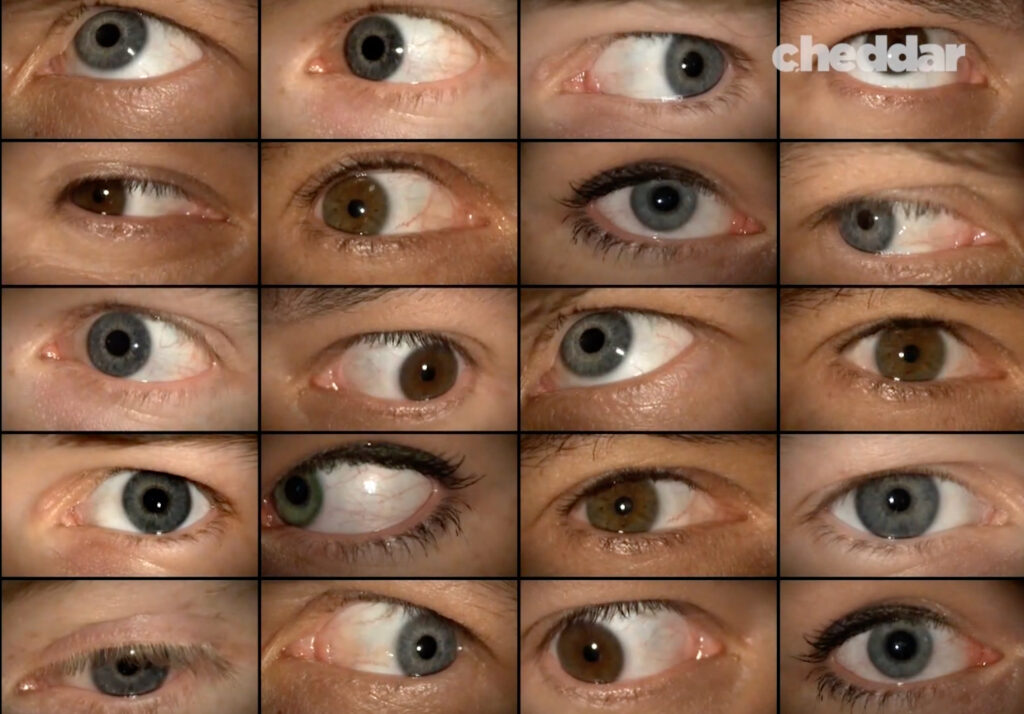 A screenshot of a show about myopia on the Cheddar News livestream. [Credit: Cheddar.com]

Commentary: Cheddar News, Is it Journalism?

“Would you pay $90 for Kanye West’s new Yeezy hoodie?” Cheddar, a live streaming financial news channel founded by Jon Steinberg, asks its users in a post on Twitter, ending the post with a thinking face emoji. “No,” one of the two women anchors insists, in the one minute video attached to the post, adding that there is nothing unique about it. The two go on to casually critique the American rapper’s hoodie for its ‘normalness’.  The conversation unfolding on the screen could have easily been from an MTV program.

This is a snippet into what the feed of Cheddar News looks like from time to time, offering varied tidbits encapsulating commentary about celebrities and pop culture. On the other side of the spectrum, the outlet also prides itself in the business discussions about stocks, with frequent analysis on Nasdaq fluctuations and market projections.  In addition,  Cheddar will often present insights on the latest tech gadgets dropped by major corporate giants in America.

The company’s use of emojis and quick explainers thrusts their content into a space versed in millennial lingo. However, with a strong focus on being cool and hip, can this media outlet  adhere to the ethical practice of journalism?

Are they telling the truth? Truthfulness in journalism involves granting viewers verified facts with the necessary context. Even though Cheddar is not a member of the International Fact Checking Network, they have no reported incidents of failing to fact check.  Unlike traditional news outlets where reporters go out of their way to remain impartial, anchors at Cheddar share their opinions. Sharing opinions with viewers makes news more approachable to their audience.  In a report in Sept. 2021, Hena Doba transparently informed viewers that she pitched the story because as a person of colour, she found it important to take a look at the experiences of black educators.

Are they transparent?  Transparency involves disclosing any relationships that the news outlet or a journalist might have so that viewers understand any possible conflict of interest in the context of the news coverage.   Show sponsorship is one of Cheddar’s revenue streams.  At the beginning of the show ChedHer, which celebrates women in business, anchors reminded viewers that the show was sponsored by Chase but it was Cheddar’s opinions and statements.  Disclosures as such are crucial to build trust and allow viewers to make informed decisions about the show.

Are they serving the community?  The Ethical Journalism Network suggests applying a “public interest test” for privacy and impact. When Cheddar senior reporter Alex Heath got access to an internal employee survey from Snap Inc, they kept their focus on the implications of the survey without discussing the source.  When covering a story, a key consideration is impact – how the public would benefit from the story and whether anyone would be hurt.  Cheddar broadcasted live for four hours to keep viewers informed as riots unfold on Jan. 6 at the Capital Building.

Under the guise of the three core principles of Fourth Estate, Cheddar can be defined as a journalistic outlet that falls within a gray area, meddling between a fine line of entertainment and reporting. As technology advances, journalism is being delivered from platforms other than the traditional newspaper and TV.   Pew Research found that 48% of America is getting their news via social media platforms.  With the majority of them between ages 18 and 49 across all social media platforms and a trend of increasing consumption of streaming content, it can be expected that more outlets like Cheddar will emerge.