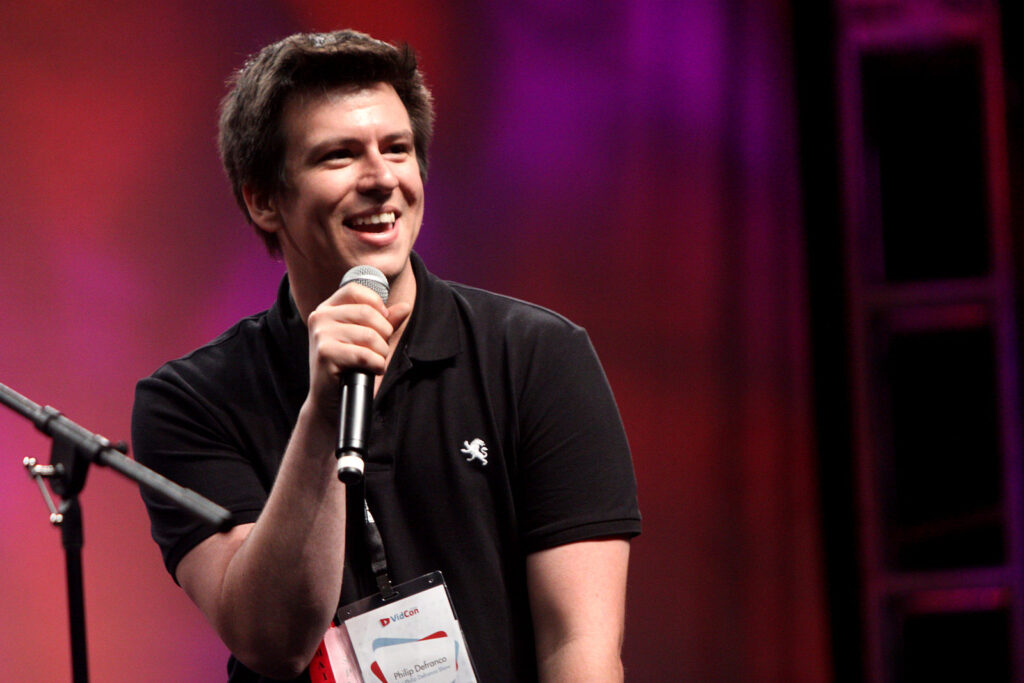 Commentary: Could The Next Generation of Trusted News Be On YouTube?

(DENVER) – As new media emerges, the news adapts. When YouTube first appeared, few could have imagined that it could someday be a place people go to for credible news. In the beginning, it was just a video sharing platform where people would make silly content in their rooms without the expectation that others might take them seriously.

No one thought that more than YouTube creator Philip DeFranco. When he started his career more than 10 years ago, he made commentary videos on celebrity news and comedic skits. Now, he looks back on those videos with embarrassment. In an interview with Hollywire in 2014, DeFranco talked about how all of his old videos are his most embarrassing because he was trying to be like Zane Frank and Dane Cook, some of YouTube’s original commentary creators, and not like himself. However, he keeps them to see how much he has grown over time. Today he is the creator and host of a daily news show, The Philip DeFranco Show. From that spun the Rogue Rocket, a daily news site made up of stories that did not make it into the show due to time constraints needed more thorough reporting. Today he and his team of researchers, producers, and editors create a daily news show covering world news, entertainment, and the media.

Some people might not consider him a typical reporter because he has never worked for a traditional news source or obtained a journalism degree. DeFranco will admit that he does not feel like a real journalist, as he has said during his show, “…I’m just a guy talking about the world, trying to have a conversation with people.” But that raises the question — what is a journalist? According to the Pew Research Center, there are a few defining pillars that make a journalist. Are they truth- and fact-driven? Do they stay loyal to their audience? Do they verify their facts before they post? Are they unbiased?

There was a time in the show’s development where it was more entertainment-based and less informative. Now, it has evolved into a news show. With researchers and fact-checkers, he makes sure that every story is told with the most credible information. During ongoing developments, if there is something that they learn they reported incorrectly or were misinformed about, he creates a video to explain what they got wrong and takes full responsibility. These actions show that the facts mean more to him than how many views he can get.

To that end, DeFranco is also a strong supporter of keeping the names off the air of those who commit acts of terror. When reporting on the Las Vegas night club shooting in October of 2017, he refused to report the attacker’s name or show his photo.

DeFranco’s journalistic standards for presenting information exceed some cable personalities’ standards like Alex Jones, who allows his political views to dictate the information he reports.

DeFranco always ends his show with his thoughts on the larger stories. He does it in a way that turns the news of the day into a conversation with his audience. After breaking down the information and presenting the known facts, he takes a moment to talk about what he thinks of the situation, whether he agrees with what is happening, or strongly disagrees. But no matter which way he sways, DeFranco is always ready to back up his thoughts with reasoning. After stating his opinions, he then turns it back to the audience and opens the floor to voice their ideas. Most hosts do not consider audience responses, and when disagreed with, they tend to take a defensive course. If more news sources applied this to their formats, audiences might be more open to listening to opposing views.

Some could argue that Philip DeFranco does not meet the criteria of a traditional journalist. They could say that he doesn’t work for a credible organization, can be too opinionated, or lacks a proper education. But what he does have outweighs the rest. He is someone that values facts over viewer metrics. With each story, he and his team make sure that what they are putting out into the world is the best and most up-to-date facts. If there is something misreported, they do not hesitate to admit that and correct it. And even though he is never afraid to voice his opinion, this can also strengthen trust with an audience rather than detract from it. Though DeFranco may not be a typical journalist, he is just as reliable.