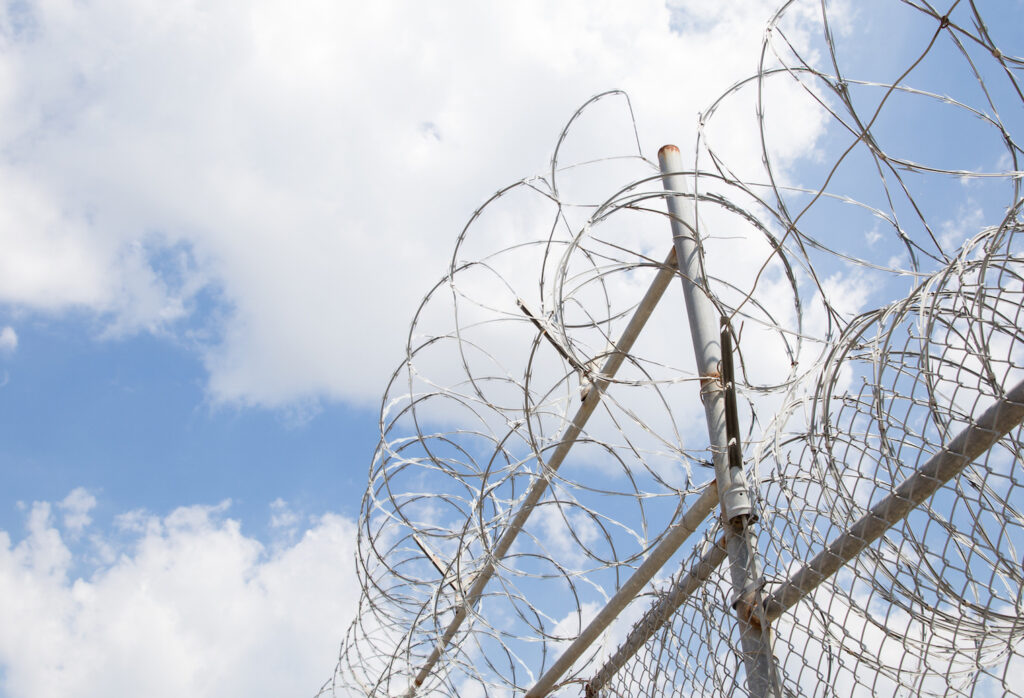 Journalist Shane Bauer’s investigation into a private prison corporation, a 35,000-word behemoth published in Mother Jones in 2016, is a testament to the power and necessity of undercover reporting. [Credit: Sonya SIngh]

Journalist Shane Bauer’s investigation into a private prison corporation, a 35,000-word behemoth published in Mother Jones in 2016, is a testament to the power and necessity of undercover reporting. [Credit: Sonya Singh]

On Shane Bauer’s second day of training for his new job as a prison guard, the head of the prison’s tactical team asked the group what a cadet should do if one inmate stabs another. Break up the fight? Call for backup? No — just yell at them to stop, and if they don’t, they don’t.

“We are not going to pay you that much,” Bauer recounts the man saying. “The next raise you get is not going to be much more than the one you got last time. The only thing that’s important to us is that we go home at the end of the day. Period. So if them fools want to cut each other, well, happy cutting.”

Bauer earned $9 per hour during his employment at Louisiana’s Winn Correctional Center in 2015. Winn is a private prison run by the Corrections Corporation of America, and he would later learn that the company’s CEO made $3.4 million that year.

Bauer, a journalist with Mother Jones, went undercover for four months to understand what life was like for more than 131,000 incarcerated people housed in facilities that prioritize profit over reform and rehabilitation.

What he witnessed was appalling. An inmate lost his legs and fingers because, despite nine requests to see a doctor, his gangrene went untreated. Inmates on suicide watch received no mattresses for metal bed frames. Stabbings were so frequent that the prison went into indefinite lockdown. Guards, hurriedly selected and poorly trained, were not prepared to handle any of it.

Bauer’s immersive investigation into CCA, a 35,000-word behemoth published in June 2016, is a testament to the power and necessity of undercover reporting.

He was not the first: Intrepid journalists have long risked personal safety to report from within closed institutions, from Nellie Bly having herself admitted to an insane asylum for 10 days in 1887, to Ted Conover spending a full year as a guard in New York’s notoriously harsh Sing Sing Correctional Facility for his 2000 book “Newjack.” Conover had tried to report in the open, but after state authorities refused his request to shadow an officer-in-training, he went through the application process to become one himself.

If a prison does grant access to a journalist, Bauer explained that “it’s usually for carefully managed tours and monitored interviews with inmates.” Private prisons are even less accommodating, as many public access laws don’t apply to them.

“And even if I could get uncensored information from private prison inmates, how would I verify their claims?” he wrote. “I keep coming back to this question: Is there any other way to see what really happens inside a private prison?”

No other option allows a reporter to observe events and conditions firsthand, free of polish. To ground the undercover, eyewitness account, the Mother Jones team spent an additional 14 months reporting, researching, and verifying. In all, it cost roughly $350,000 to put together this story and its accompanying audio and visual materials.

Any type of clandestine reporting, no matter how thorough, presents a valid ethical conundrum: How can citizens trust journalists to be truth-tellers when they obscure the truth to report the story? And if journalists ultimately serve citizens, is this an unforgivable breach?

Here, Bauer has a strong hand to play. He used his real name and Social Security Number on the CCA application, and he listed the publisher of Mother Jones as his current employer. A Google search would have outed him as a journalist who covered about criminal justice and had survived two years as a hostage in an Iranian prison. The almost impressive lack of research worked in Bauer’s favor: CCA could never accuse him of lying his way into the job.

He did conceal his motives from his coworkers for four months. After Bauer resigned from Winn, CCA said in a statement that his lack of transparency “raised serious questions about his journalistic standards.”

“I never lied when I was there. That was a ground rule,” Bauer told the Columbia Journalism Review in 2016. His hidden camera and microphone were legal in Louisiana, a state that requires the consent of only one of the recorded parties in order to tape a conversation. “If somebody had figured it out and asked me if I was a journalist, I would have said yes.”

Because no one asked, Bauer was able to tell a story that cuts to the mission of journalism as much as anything reported entirely in the light of day. His work upholds the tenets outlined in Bill Kovach & Tom Rosenstiel’s “The Elements of Journalism:” obligation to truth, loyalty to citizens by working in the interest of the public good, verification, independence from faction, responsibility to conscience, monitoring power and providing a voice to the voiceless, providing a forum for public discourse, making the news comprehensive, and making the significant engaging.

Those with lingering objections to Bauer’s reporting have to reckon with the story’s impact. In August 2016, a Department of Justice inspector general’s report criticized the Bureau of Prisons’ oversight of contract prisons, deeming them more dangerous, mismanaged, and out-of-compliance than their federal counterparts. That same month, the DOJ announced it would end its use of private prisons. A few months later, newly installed Attorney General Jeff Sessions rescinded this memo.

Bauer’s work drew praise among everyone except perhaps CCA, whose stock plummeted. The company swiftly rebranded as CoreCivic, whose motto is “Better the Public Good.”

Done well, experiential reporting like this can reveal truths that actually do better the public good, but not without another cost that newsrooms should debate ahead of this kind of assignment: Inhabiting a role like this carries psychological consequences for the reporter. Bauer said a “thirst for punishment and vengeance” was wedging more and more distance between the person he was at home and the person he was at Winn, while Conover startled himself when he lost his temper with his wife and kids.

“It is getting in my blood,” Bauer wrote. “The boundary between pleasure and anger is blurring. To shout makes me feel alive. I take pleasure in saying ‘no’ to prisoners. I like to hear them complain about my write-ups. I like to ignore them when they ask me to cut them a break.”

The troubling effect of stories like this on the people who report them should highlight the broken systems that create pressure cookers like Winn. It should also make another point: Inmates live their lives in these conditions, which become unbearable to an outsider in a matter of months. How can readers and policymakers look the other way?

Undercover reporting is a minefield to be tip-toed as a last resort, but this piece uses it well, contextualizing its more shocking scenes with data. Bauer’s access, which he initially secured through honest means, adds a level of gripping authenticity and visual value that simply couldn’t exist through interviews in the visitation room.

He highlights the glaring question mark after the concept of private prisons, as if no one could see just how severely a profit-based model for corrections would go off the rails, or if no one cared. By taking readers deep into an unjust, unseen world — risking his own safety and well-being — Bauer has earned a place in an experiential reporting tradition that demands our attention and implores us to care.