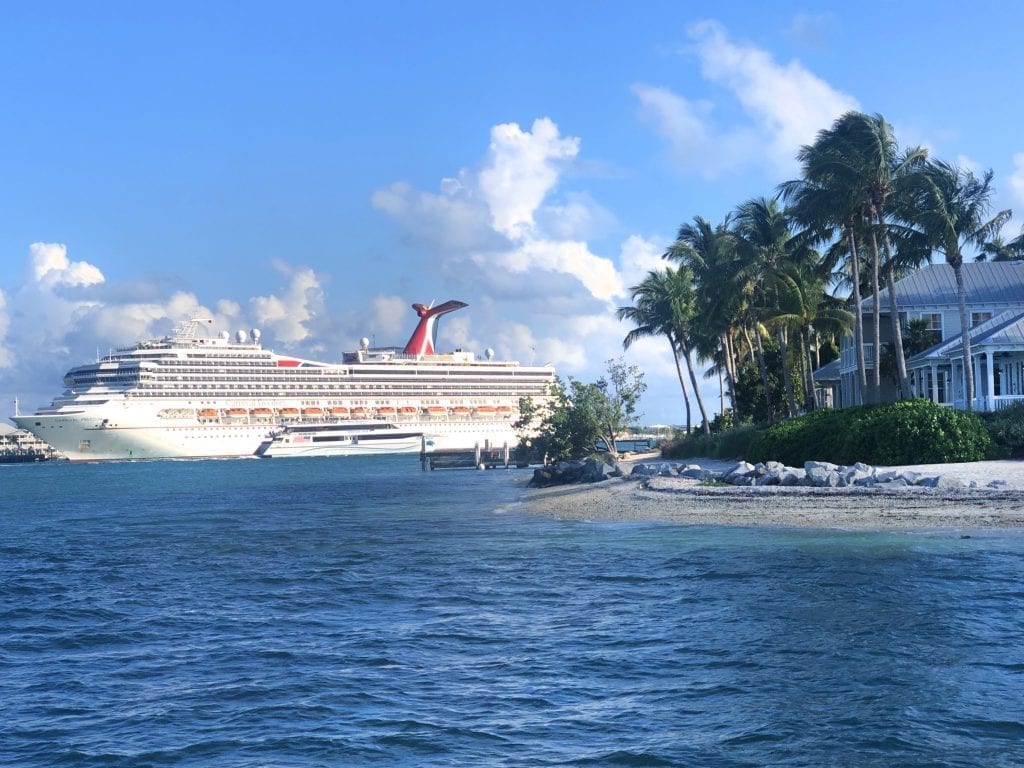 KEY WEST, Florida — Two years after Hurricane Irma, residents of the Florida Keys empathize with the Bahamas as they battle Hurricane Dorian news coverage and fight to keep their tourism-based economy afloat for relief efforts and a major rebuild.

The confusion came when some media outlets reported that Dorian hit the Bahamas—a string of islands over 500 miles long—as a whole on. Instead, the Category 5 Hurricane struck the two Northernmost most islands, Abaco Island on Sept.1 and Grand Bahama Island on Sept. 2. Similarly, the Florida Keys stretch 120 miles, and the Middle Keys were most affected by Irma, September 2017, although countless published reports and headlines said otherwise.

Frank Herrada, a member of the Contractor’s Association of Monroe County, said, “The national news television [was] saying, ‘Key West is devastated, it’s gone, it’s not there…’ and we needed to prove we’re not. We depend on a lot of tourism. If the cruise ships stop coming here, we’re out of business.”

Bahamas Prime Minister Hubert Minnis said, “One of the best ways that people around the world can show their support and solidarity… is to visit our other islands by air or by cruise ship.”

Tourism is estimated to contribute 60 percent of the Bahamas’ Gross Domestic Product (GDP). Without that, the country lacks the resources needed to help some 76,000 who have been reported as displaced from their homes. Many of the now homeless residents were forced to flee to nearby islands that fared better in the storm’s path.

Teri Johnston, mayor of Key West, urged her community to stay updated on the conditions of the Bahamas saying, “We can never lose sight of the incredible, long journey that these people have to make themselves whole.”

Rebuilding after a hurricane is especially costly on island strings like the Bahamas or the Florida Keys because almost everything must be outsourced to restore homes and infrastructures. “So not only is it expensive, you don’t have the labor, and now material construction is twice as much,” said Herrada.

Key West is only recently returning to normalcy after Hurricane Irma, but the Middle Keys, including Big Pine, are still fighting to reconstruct.

“If you look at a satellite picture from Big Pine today… you still see a large majority of blue tarps,” Herrada said. “They’re still struggling.”

In Key West, the first cruise ships came in only 10 days after Irma hit. Harada explained that after clearing the roads for emergency vehicles, Key West had no choice but to concentrate on preparing for the incoming tourists. “The majority of the concentration was to open up,” Herrada said.

On September 5, only a day after Dorian directly hit Grand Bahama, the Bahamas announced, “Nassau ports are open and cruises are arriving daily.”

Bouncing back quickly seems to be a necessary evil when a community depends on the vacation industry to recover.
In the aftermath of a natural disaster, some may question whether vacationing in the Bahamas is insensitive, but their government and economy need funding more than ever to help the people of Abaco and Grand Bahama.

The Bahamas official website made a statement as early as September 9, that reads,”14 Islands of the Bahamas are ready to welcome visitors with open arms.”

Continued tourism will help the Bahamas’ affected islands with long-term rehabilitation, but for emergency assistance, several groups from Key West, including Key West Cares, have offered a hand.

On Sept. 15, Key West held a benefit concert to continue their fundraising and donation efforts. Jim Gilleran, a member of Key West Cares, announced at the fundraiser that so far Key West Cares has flown six cargo planes filled with aid materials — known as “angel flights” — to the affected islands.

“We are a compassionate community, a caring community, and we will come out every single time for the people in need,” said Mayor Johnston.

Key West Cares’ Facebook announced that their shipments of food have contributed to operations of a meal service called “Adventure Kitchen” in Green Turtle Cay, a barrier Island of Great Abaco.

Green Turtle Cay Communty/Command Center’s Facebook posted a thank you to everyone, “who has helped with getting our town kitchen running as efficiently as possible.”

“It truly makes a difference when you do not have to go and search for meals during the long workday. Morale is high!” the post read.