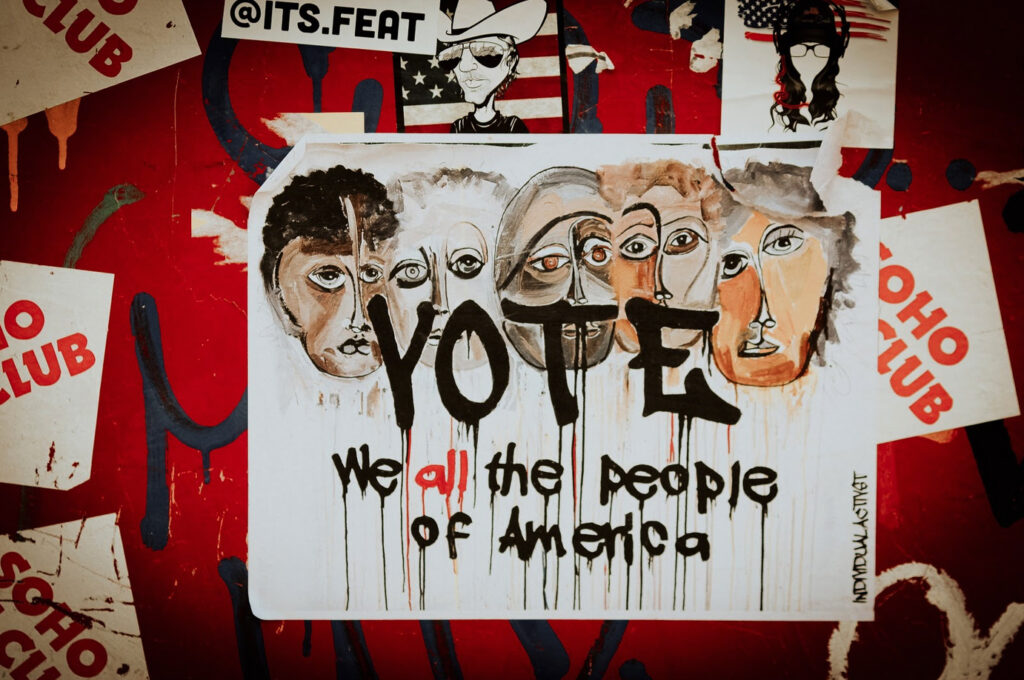 (HACKETTSTOWN, New Jersey) — As voter-access laws across the country face sweeping (and controversial) reforms, members of Congress met with civil rights activists on Thursday to discuss the role that the federal governing body should have in ensuring voters’ access to ballots.

“As a congress, as a nation, we cannot tolerate any voter suppression or any voter discrimination whatsoever,” Congressman G. K. Buttefield, a Democrat from North Carolina, said during the virtual hearing. “All too often, access to the ballot in this country has been neither free nor fair.”

The unique circumstances of the record-breaking 2020 election, which many Republicans claim was “stolen,” has led to a surge in restrictive voting laws. As of March 24, 361 bills with restrictive voting provisions have been introduced in 47 US states — a 43% increase in a little more than a month, according to the Brennan Center for Justice.

“Turnout and participation and mobilization is sometimes the very thing that is a precursor to entrenchment and discriminization,” Debo P. Adegbile, an Obama-appointed commissioner on the US Commission on Civil Rights, said during the hearing.

The subcommittee’s discussion focused largely on how much the federal government should be involved in local voter laws. Several states were examined, with some criticized for attempting to suppress minority voters.

“North Carolina is the most active battlefield in this unending war for access to the ballot box,” Allison Riggs, who works at the civil rights nonprofit Southern Coalition for Social Justice, told the subcommittee.

“Nearly 50% of the thousands of ballots that would’ve been discounted had these proposed rules been in effect in 2020, would’ve been from voters of color,” Riggs said, citing an analysis from Democracy North Carolina. “Congress needs to intervene to protect Black, Latinx, AAPI (Asian Americans and Pacific Islanders), and indigenous voters.”

Republicans largely disagreed with the notion that Congress should intervene more in states’ individual voting laws.

Congressman Bryan Steil, a Republican from Wisconsin, expressed concern about the amount of reforms outlined in HR 1, the nearly 800-page-long bill being pushed by Democrats that aims to drastically expand voting rights. That bill would implement federal mandates that all states would have to abide by. Kim Wyman, the secretary of Washington state, agreed with Steil that the amount of reforms introduced would be problematic.

“It’s the prescriptive nature and very specific elements of HR 1 that make it problematic for election officials to be able to implement in the timelines prescribed,” Wyman said. She pointed to Washington state’s current mail-in-ballot system, which she said has not spurred widespread voter fraud.

“To make one-size-fits-all mandates is very much an issue,” Wyman added.

Butterfield asked the hearing’s witnesses more directly: “Why is it important for Congress to act on voting rights?”

“The Voting Rights Act is regarded as the most important enactment of Congress in the 20th century,” Adegbile responded. “To bring a degree of uniformity to federal elections is not something that can be left to the states. In my view, it would be an abduction of the federal responsibility to not take account of the ongoing patterns of discrimination.”

As voter-access laws become an increasingly contentious topic across the country, multiple members of the subcommittee expressed a need for bipartisanship on the matter.

“In the end, hopefully we can come together to make sure we do what we all want: for every person who is legally able to cast a vote, to be able to do so,” Congressman Rodney Davis, a Republican from Illinois, said.